Hardly a week goes by without some new development on the scripted format front. So here we explore 12 of the shows that have been adapted – successfully and unsuccessfully – for the US, and the writing teams behind them.

Where images have been included, the original series is on the left and its adaptation on the right. 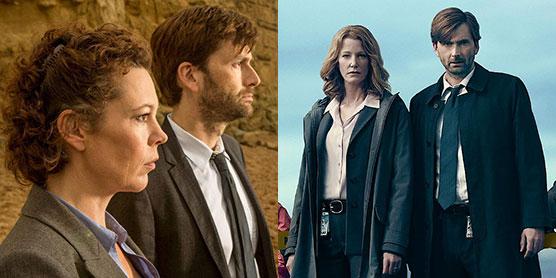 Broadchurch was a big hit for ITV in the UK when season one aired in 2013. It then sold around the world and was adapted by Fox in the US as Gracepoint, with the same lead actor (David Tennant). The UK version, which then had a moderately successful second season, was created and written by Chris Chibnall – who is now working on a third and final run before taking over on the BBC’s Doctor Who.

The 10-part US version was set up by Chibnall before being handed over to Anya Epstein and Dan Futterman, who wrote all of the remaining episodes except for number six (Jason Kim). Gracepoint was pretty well reviewed by critics and sold to other English-speaking markets. But it was not renewed after failing to secure a sizeable audience (average ratings were around 3.5 to four million).

Collision, created by UK writer Anthony Horowitz (Foyle’s War), attracted an audience of seven million when it aired on ITV in the UK during 2009. In November last year it was picked up by NBC as a 10-part series. Interestingly, Horowitz will be the showrunner for the US version, with CSI exec producer Carol Mendelsohn on board as partner. Mendelsohn is also exec producer of Game of Silence (see below), suggesting she is now regarded as a safe pair of hands for format adaptations after her many years working on CSI.

The original version of Collision comprised five episodes but Horowitz says he has no concerns about the project being extended because he believes the storyline will benefit from the extra episodes. Sometimes formats suffer from being stretched in this way. 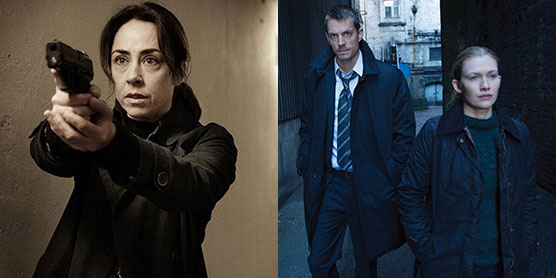 Forbrydelsen (The Killing) is a Danish series (DR/ZDF Enterprises) created by Soren Sveistrup. Active across three seasons, it became an international hit and made its star Sofie Gråbøl a household name. It was adapted by AMC in 2011 and has so far run to four seasons – despite being cancelled a couple of times along the way. It was saved by Netflix, which came on board as a partner for season three and then took over the show in its entirety for season four.

The US version was developed by Veena Sud, whose previous big credit was CBS procedural Cold Case. Sud shared writing duties with a large team, including the likes of Nic Pizzolatto (True Detective) and Jeremy Doner (Damages). She stayed with the show through season four, by which time writing duties were shared with Dan Nowak, Sean Whitesell, Nicole Yorkin and Dawn Prestwich (the latter two a writing team whose credits include Chicago Hope, FlashForward and The Education of Max Bickford). 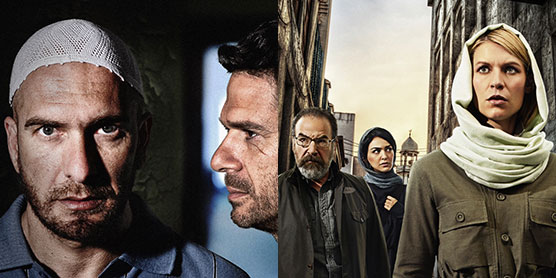 Hatufim, aka Prisoners of War, is perhaps the most celebrated example of a successful scripted format. Created in Israel by Gideon Raff, it was adapted as Homeland for Showtime in the US by Howard Gordon and Alex Gansa. Five seasons of the US show have aired so far, with a sixth ordered in December 2015.

As is common with US series, there is a big team involved in writing a show like Homeland. The latest season of 12 episodes involved 11 writers altogether. Key names include Chip Johannessen, who has been involved with the show since the start. A new name on the season six team sheet was David Fury, who has worked on an array of titles ranging from Buffy the Vampire Slayer to Hannibal.

Janus is proof that US networks are looking further afield in search of great ideas. A crime story originated in Austria, it was picked up by ABC last autumn. Kevin O’Hare, who has written pilots for ABC and Syfy, is adapting the thriller and writing the pilot. The original version was written by Jacob Groll and Sarah Wassermair.

Prior to this seven-part serial, Groll was best known for documentary The Sound of Hollywood, while Wassermair’s credits include musicals for children’s theatre. However, the pair have also been working together on ORF’s popular crime series Soko Donau. Juana La Virgen is a Venezuelan telenovela that was adapted for The CW network in the US as Jane the Virgin. The original was created by Perla Farias and the US version by Jennie Snyder Urman, whose writing efforts are supported by a large team (the show has 22 episodes per season).

As evident from the titles above, a lot of adaptations don’t get further than the end of their first season. So the fact that this one has just been greenlit for a third run is a notable achievement. Although season two ratings are down compared with season one, the show has settled into a stable 0.9 to one million range. Les Revenants was hailed as evidence that French TV drama had become a force to be reckoned with. A hit for Canal+ in 2012, the format was snapped up by A&E in the US – where it was remade as The Returned. The French version (based on a film) was created by Fabrice Gobert, who then wrote the screenplay for season one with Emmanuel Carrere and Fabien Adda (with writing credits also going to Camille Fontaine and Nathalie Saugeon).

A second season was aired at the end of 2015, with Audrey Fouche joining Gobert and Adda as a key writer (also credited on one episode was Coline Abert). Despite being led by showrunner Carlton Cuse alongside Raelle Tucker (True Blood), the US version failed to secure a second-season renewal following lacklustre ratings.

Øyevitne is a Norwegian crime thriller that is being adapted as Eyewitness for USA Network. In the US it has received a 10-episode, straight-to-series order. The US version comes from Shades of Blue creator Adi Hasak, who wrote it and will serve as showrunner. The original series creator is Jarl Emsell Larsen, who will executive produce the US version.

The series explores a grisly crime from the point of view of the eyewitnesses, two boys involved in a clandestine gay affair. While the Nordics have been getting a lot of attention in recent times, this is actually the first Norwegian scripted show to be adapted for the US. Penoza is a popular Dutch drama created by Pieter Bart Korthuis and Diederik van Rooijen for KRO-NCRV. The show has run for four seasons (2010-2015), with a fifth, commissioned in February, set to air in September 2017. The format was acquired by ABC in the US in 2012 and ran for one season during 2013 with the name Red Widow.

The US version performed poorly and wasn’t renewed, dropping from 7.1 million at the start of its run to 3.47 million at the end. That was a rare blip for writer Melissa Rosenberg, whose credits include the entire Twilight saga of movies, Showtime’s Dexter and Netflix hit series Jessica Jones. Rake is an Australian television series that centres on a brilliant but self-destructive lawyer. It was created by Peter Duncan, who then shared writing duties with Andrew Knight across the first three series. A fourth season will be broadcast this year on ABC Australia.

The show was adapted for Fox in the US in 2013, with Peter Duncan at the helm of a writing team of five. However, the show didn’t rate well and was moved around the schedule before being cancelled. 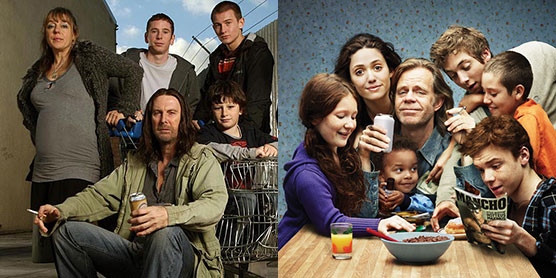 Shameless: Company Pictures produced Shameless for Channel 4 in the UK before it was picked up as a format by premium pay TV channel Showtime. The UK version was the brainchild of Paul Abbott, who also wrote a number of episodes. Other high-profile names involved included Danny Brocklehurst, who is now enjoying some success with Sky1’s The Five. Another prominent writer among many was Ed McCardie (Spotless).

Abbott was involved in setting up the US version, which may explain why the show has been a success, with six seasons already being aired. Key names in terms of transitioning the show included John Wells (ER, The West Wing) and Nancy Pimental – both of whom are still heavily involved, alongside a team of five writers for the latest season. Interestingly, the last season of the UK version also used a team approach, with eight writers penning 14 episodes. 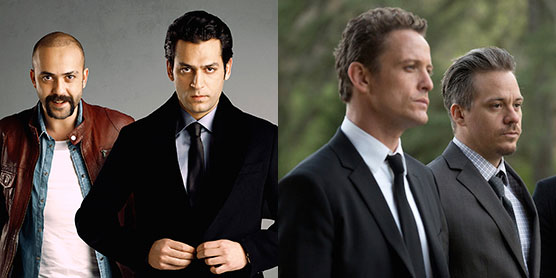 Suskunlar is a Turkish drama that first aired on Show TV in 2012 and was then sold in its completed form to 30 countries. It was written by Pinar Bulut, who has also written a number of projects with her husband Kerem Deren, including fellow international hit Ezel.

The show was picked up by NBC in the US and has just started airing under the title Game of Silence. The pilot for the US version was written by David Hudgins, whose credits include Everwood and Parenthood. The second episode was penned by Wendy West (The Blacklist and Dexter). Hudgins has expressed a desire to take the show on into a second season, but early ratings suggest that it will need to do better for that to happen. After attracting 6.4 million viewers for episode one, it dropped 39% to 3.9 million for episode two.