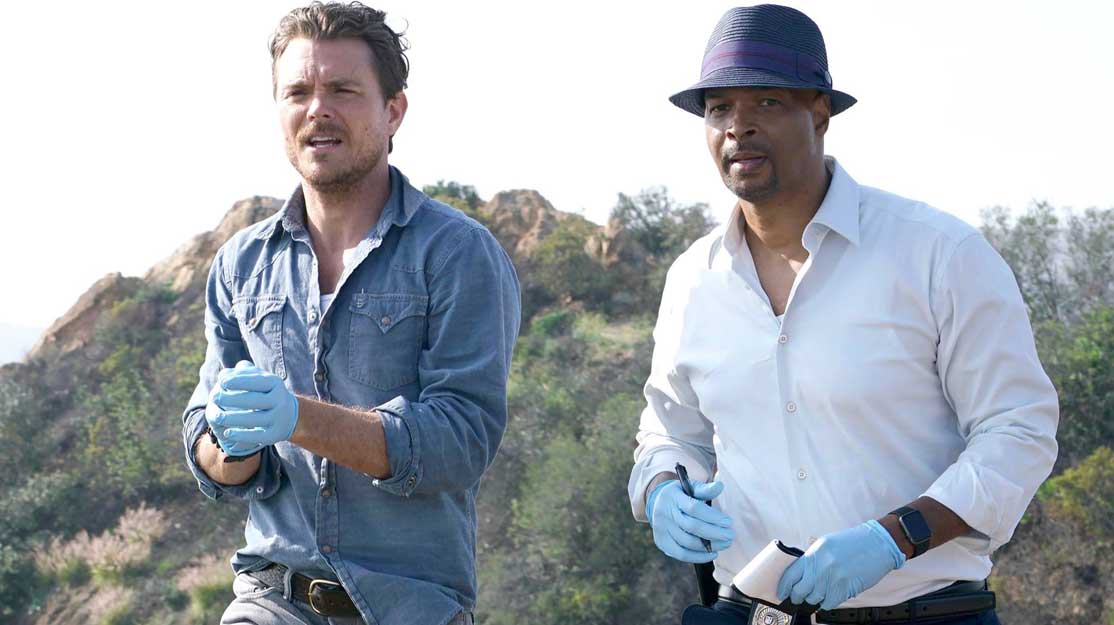 As the dust settles on the US networks’ Upfronts week, Stephen Arnell casts his eye over the new shows set to hit our screens in 2016/17.

In the main, innovation appeared to be in short supply at last week’s Upfronts – reboots, legal and cop dramas and the dispiriting trend of making TV versions of hit movies are the order of the day for the nets.

Despite the poor performance of Minority Report, Rush Hour and Limitless (which were all cancelled after one season), we’ll see series versions of films including Lethal Weapon (Fox), Training Day (CBS), Taken (NBC), The Exorcist (Fox) and lesser-known properties Frequency (The CW) and Time After Time (ABC).

Sci-fi thriller Frequency was a medium-sized hit for Dennis Quaid (who’ll star in season two of Sky Atlantic’s upcoming Fortitude) in 2000, while Time After Time was released way back in 1979, with Malcolm MacDowell and David Warner as HG Wells and Jack the Ripper respectively, Wells pursuing the Ripper through time to then present day San Francisco.

It will be a challenge for Fox to deliver a 21.00 network show that will bear any comparison to the original X-rated Exorcist movie, which still has the power to shock.

To a lesser extent, this also applies to the 20.00 slot given to Lethal Weapon (pictured top), which presumably won’t give the character of detective Roger Murtaugh (played in the series by Damon Wayans Sr) the chance to exclaim his signature catchphrase, ‘I’m too old for this shit.’

‘Too old for this stuff’ it is then. Gosh, darn, as they say.

Still, as long as there are successful film-to-TV series such as Buffy the Vampire Slayer, M*A*S*H, Fargo, Bates Motel (a prequel to Alfred Hitchcock’s Psycho) and Stargate, there will always be the temptation for producers to exploit their IP library and rely on name recognition attract a least a high initial audience.

On a similar tack, series revivals are also in vogue – coming off the back of the successful X-Files (Fox) six-part run and the not-so-popular Heroes Reborn (NBC). The 2016/17 season will see the return of Prison Break (Fox) and MacGyver (CBS), with Lucas Till (X-Men: First Class, Apocalypse) in the titular role.

Time travel has emerged as a fashionable sub-genre, with the aforementioned movie-to-TV shows Time After Time and Frequency, together with Timeless (NBC) and comedy Making History (Fox).

The 400th anniversary of the death of William Shakespeare has prompted a number of dramas, including Still Star-Crossed (ShondaLand) for ABC and Will for cablenet TNT; while in the UK there is the Ben Elton comedy Upstart Crow (BBC2) and last year’s little-seen BBC Film comedy Bill.

Among the slew of formula network dramas, there are a number of interesting shows that could stand out. Kiefer Sutherland stars as the US secretary of housing and development in Designated Survivor (ABC) who finds himself propelled to the position of acting president after the president, vice-president and much of the cabinet are blown up by a terrorist attack at the State of the Union address.

Midnight Texas (NBC) is adapted from the novels by True Blood (HBO) author Charlaine Harris and helmed by Mr Robot’s Neil Arden Oplev. The official synopsis states: “From vampires and witches to psychics and hit men, Midnight is a mysterious safe haven for those who are different. As the town members fight off outside pressures from rowdy biker gangs, ever-suspicious cops and their own dangerous pasts, they band together and form a strong and unlikely family.”

Network censors won’t be permitting any True Blood-style boundary-pushing, so the show may lack the edge expected by fans of the novels.

Fox’s Shots Fired could well prove controversial in this US presidential election year, concerning as it does a racially charged shooting in North Carolina, with memories still very fresh after Ferguson, the killing of Trayvon Martin and the emergence of the Black Lives Matter movement. A strong cast includes Sanaa Lathan (Boss, Nip/Tuck), Helen Hunt (As Good as it Gets, Mad About You), Richard Dreyfuss (Jaws, W, Close Encounters of the Third Kind), Will Patton (Armageddon, Falling Skies) and Stephen Moyer (True Blood).

The CW’s mid-season Riverdale is a subversive Twin Peaks-style take on the characters from the Archie comics – something that could either catch fire or fall flat. The presence of showrunner Greg Berlanti (Arrow, The Flash) gives Riverdale a fighting chance.

The show concerns the struggles of Superman’s House of El family in the 200 years before the destruction of Clark Kent’s homeworld.

Unlike Gotham (Fox), where viewers have at least heard of many of the characters before the arrival of Batman on the scene, it might be a big ask for the audience to take much interest in the travails of Kal-El’s grandfather and his various Kryptonian enemies.

Presumably the forebears of Superman villain General Zod will feature at some point in the show – as either foes or allies of The House of El. Though there are echoes, perhaps, of Syfy’s Battlestar Galactica prequel Caprica, which lasted one season back in 2011.

CBS’s own SVoD service CBS All Access debuted the logo and some space effects footage of Bryan Fuller’s (American Gods, Hannibal) Star Trek prequel series, rumoured to be an anthology show, with each possible season covering a different Enterprise crew and era.

Turner’s Kevin Reilly also revealed his ambitions for the family of channels, with comedy-based TBS continuing its quest for younger viewers and TNT upping the ante with a number of drama projects, including an adaptation of Caleb Carr’s best-selling period crime novel The Alienist and Good Behaviour, with Downton Abbey’s Michelle Dockery starring as a con artist and thief, based on Blake Crouch’s (Wayward Pines) Letty Dobesh books.