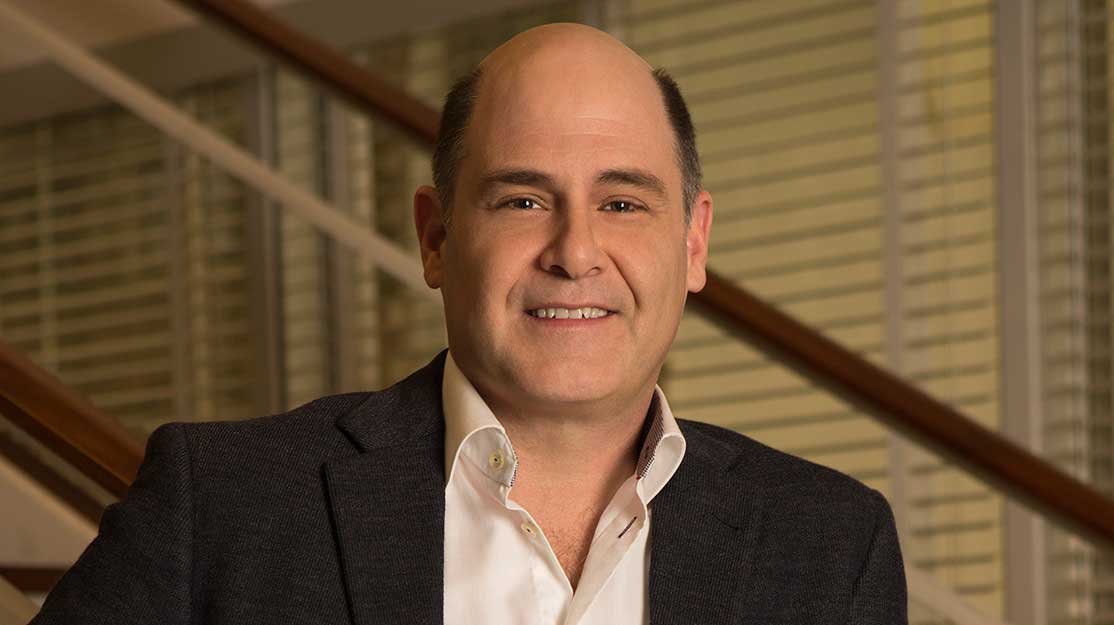 Not taking risks is what will sink a show in the long run.

That was the key takeaway from Mad Men creator Matt Weiner (pictured above), reflecting on his AMC show’s seven-season arc during an intimate Q&A at the Toronto International Film Festival (TIFF).

Mixing things up from the usual in-conversation format, Weiner was interviewed by TIFF programmer Mike Lerner as Mad Men’s season one finale, “The Wheel,” played behind them in the background, making for a session that was part live audio commentary, part masterclass.

Looking back on the show’s success, relative to its challenging beginnings, “I feel frequent tings of vindication about huge risks we took that paid off,” Weiner said.

“The vehemence with which people told me that this was a dumb idea, it’ll never work, or would say, ‘I love it, but no-one will ever watch this,’” he recalled, adding that studio execs have always underestimated the intelligence of their audience.

“There’s always some fictitious viewer that they think that they’re smarter than. But I found through watching other people that I admire – David [Chase], Francis Ford Coppola – that not taking a risk is what sinks you.”

He came to the show having served as a writer and exec producer on The Sopranos and having had some success with a small independent feature film, 1996’s What Do You Do All Day. After being passed on by HBO, Showtime and FX, Mad Men landed a 13-episode order in 2006 from AMC, which at the time had never produced an original drama series.

However, while many showrunners direct the pilot episodes of their shows, in a bid to set the tone for future episodes, AMC felt that a more experienced director was needed for Mad Men’s pilot.

“They did not let me do the pilot – they didn’t think that my little $12,000 movie was enough, and I didn’t fight them,” Weiner said. “I was so inexperienced. But they gave me [final say over] casting, and casting is everything.”

He added that he benefited for seeing other directors helm the first season’s first dozen episodes, before taking on the finale himself.

Elsewhere during the talk, he discussed personal failure, network politics and anger from fans, particularly after a storyline that saw Draper marrying a women he barely knew.

“I had people yelling at me, ‘you ruined the show! Why would he do that?’” he laughed, before defending the need to subvert expectations to keep a series fresh. “You’ve got to change the show.”

He also said that the series was not supposed to be fondly nostalgic of the 1950s and 1960s. “Critics didn’t get it – they said, ‘oh, it’s a nostalgia thing,’” Weiner offered. “But the purpose of the whole thing was to say, this wasn’t the good old days. They never ended; stop pretending that they did.”

Finally, he discussed the uncertainty he faced going into the final episode of the show’s first season, not knowing if it would return. He had to work to create a finale that could end the series on a satisfactory note, in case it got cancelled, but be open enough to continue for a second season, were it to be renewed.

“This could’ve been the last shot of Mad Men,” he said, staring up at the big screen as the final seconds of the episode played out. “I assumed it was.”