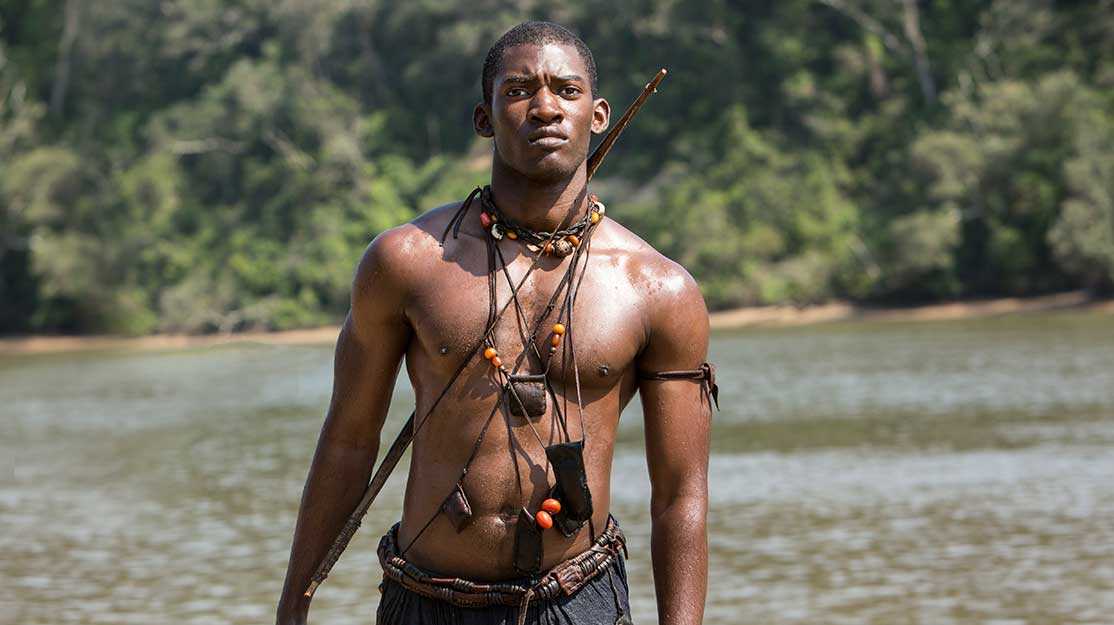 Telling the story of an African man sold into slavery in the US, miniseries Roots became a cultural sensation upon its release in 1977. Now, History hopes to make a similar impact with a remake of the iconic show. DQ meets the cast and crew.

There’s no denying that remakes are in vogue. From film-to-TV adaptations to reboots of classic television series, the 2016/17 broadcast season will be littered with a host of familiar stories and titles.

Some of the films getting small-screen versions include The Exorcist, Lethal Weapon, Taken, Emerald City (based on The Wizard of Oz), Training Day, Frequency and Time After Time.

And new versions of MacGyver, Prison Break and 24 will join long-running Hawaii Five-0 among the series enjoying a new life this fall.

Before then, however, US cable channel History has chosen to remake classic slavery drama Roots for a new generation of viewers, almost 40 years after Alex Haley’s iconic novel was first adapted for television.

Launching on May 30 and airing over four consecutive nights simultaneously on History, A&E and Lifetime, the A+E Networks series is described as a historical portrait of American slavery recounting the journey of one family and their will to survive and ultimately carry on their legacy despite hardship.

Spanning multiple generations, the story begins with young Kunta Kinte (Malachi Kirby, pictured top) who is captured in his homeland in The Gambia and transported in brutal conditions to colonial America, where he is sold into slavery.

Throughout the series, the family continues to face adversity while bearing witness and contributing to notable events in US history – including the Revolutionary and Civil Wars, slave uprisings and eventual emancipation.

“It’s pretty surreal on a lot of levels, coming back to the same project but on the other side of the camera this time,” says co-executive producer LeVar Burton, who played Kunta Kinte in the original 1977 miniseries. “Being present for scenes that I was a part of or witnessed 40 years ago, with a different cast of actors and technicians around – it’s like someone who’s been married several times! It’s kind of a weird experience. And one that is so fraught with pressure and a sense of responsibility. It’s always there, it never goes away.”

The original series was a critical and commercial hit for ABC. On average, more than 80 million people watched each of the last seven episodes, according to the Museum of Broadcast Communications. Some 100 million viewers – almost half the country – saw the final episode.

While the drama captivated a nation, it also proved a catalyst for people to learn more about the US slave trade and race relations, having a lasting impact in schools and universities less than 10 years after the battle for civil rights dominated the 1960s.

And that legacy is something the cast and creative team of the new Roots miniseries are only too aware of.

Anika Noni Rose, who plays Kizzy, says: “I don’t feel pressure (to repeat the success of the original adaptation). I feel a joyous responsibility, which is greater than just a responsibility to the original – it’s also a cultural responsibility. This story is owed to so many people who came before us, all of us. But it’s a wonderful thing to have the honour of telling a story of such an intense survival.”

For executive producer Mark Wolper, there’s an added element of responsibility in the fact that his father, David, produced the original adaptation. “We could not have taken on a more difficult, ridiculous notion than remaking Roots,” he says. “The equivalent would be remaking one of the greatest films of all time – we’re trying to do Casablanca again or Singin’ in the Rain. But in the TV world, we’re taking on one of the most successful dramas of all time.

“The original was made in the 70s. We have the capacity to make it better now, technically speaking. My son was the catalyst for me deciding to do Roots again. He did not respond to the original Roots and since it is a family event, I was disturbed by the fact the old one didn’t speak to him. It’s like my music, it didn’t speak to him, so that was the catalyst for me realising why we needed to tell this story again and translate it for a whole new generation, for a generation that didn’t know of it.”

Burton adds: “That’s the most compelling reason – to tell this story so that we don’t forget it, so it stays alive in cultural consciousness. It’s a sense of doing this important story more justice in a modern context.”

Rose was cast in the miniseries after meeting Wolper and finding out more about his ambitions for a new version of Roots. “I was satisfied in that meeting that it was something that was respectful, and that made a great difference to me,” she says, adding that she avoided watching the original series before or during filming.

“I had read the book as an adult just to read the book, but I’m a reader. I love to read. My parents had the book and I snatched it up and ate it, basically. So I re-read the book, which is not an easy read, to bring myself to this. In some ways, it was extraordinarily helpful just to know the genealogical history of the family, but this wasn’t necessarily immediately helpful in telling this story. Not all things we took with us and utilised.”

“I’m just appropriately respectful of the fact that I’m not American, it’s not my story and it’s very important. I wanted to make sure if you’re going to tell someone else’s story, you’re doing it properly and in the appropriate way,” the New Zealander says. “Also, I wasn’t dying to play someone who was evil, so I was a little apprehensive about being white and in Roots. It depended on what I had to do, because there are some things I don’t think I creatively need to explore.

“So then reading the script and finding out she’s essentially a spy and essentially a deeply good person, which matters to me, was really fascinating. And then educating myself more about that period of time, I did a lot of reading and research. It was fascinating.”

Leading the cast, however, is newcomer Malachi Kirby, who stars as the young Kunta Kinte. “Malachi has an amazing intensity and he embodies both the fire and the heart of a warrior,” says Burton, who shot to fame in the same role and went on to play Geordi La Forge in Star Trek: The Next Generation. “Ultimately, you have to fall in love with Kunta; you have to root for him in order for the story to be successful. If you don’t imprint upon the hero in the opening chapters of the story, you don’t care what comes next.”

Filming took place in Louisiana last summer, with Rose describing the shoot as “physically gruelling.” She recalls: “It was Louisiana in August. It’s not nice in August. It’s unkind, actually, but that serves the story because the time wasn’t nice and they were essentially living August in Louisiana every damn day. But it wasn’t one of those things where we tried to make it gruelling so we could talk about it later and talk about our struggle as artists, it was just how it happened to be. It allowed it to be even a truer tribute to the people whose life this was.”

Wolper says Roots became “the most difficult and complex thing” he has undertaken in his 35-year career as the production team strived to realise their ambitions of creating four distinct films that will air on consecutive nights.

“We were shooting some of them simultaneously, on different continents and on a very rushed schedule because our broadcast partner wanted to air it this May,” he explains. “So it was enormously complex, with the added burden of the responsibility to the show, what it represents, its history, the legacy – all these things contributed to making it supremely difficult, challenging and emotional.

“One particularly emotional day was when we were shooting a significant sequence that was in the original Roots, which is where Kunta Kinte is whipped into submission to say his new name. LeVar was on the set that day, watching as Malachi went through the identical thing he had to experience 40 years earlier. That was very powerful and emotional.”

It also puts into perspective one of the most difficult aspects of filming Roots for television – how do you balance the importance of the story on screen with the desire to entertain viewers?

“Where we are now is because of where we were yesterday and where we are tomorrow is because of our knowledge of both of those periods of time,” notes Wolper. “That’s part of the responsibility of the show. But let’s not forget, it has to be good, it has to be entertaining as well – otherwise the lessons I hope are seeped into it won’t translate. Nobody will see it, nobody will respond to it. So you have to balance the experience with the knowledge you’re trying to share with people.”

But in another 40 years, will there be a need or a desire to retell Roots for the next generation?

Burton says: “It’s incredibly unlikely we’ll have to tell this story again in 30 or 40 years’ time, given that we told this story 40 years ago and looking at where we are today.”

Wolper adds: “But given where we might be 40 years from now, we still have to tell the story again because we might fall into the same trap again. You have to keep telling stories – that’s how you protect yourself from making the same mistakes.”

Rose concludes: “That’s why African villages would have griots. They would go from village to village to tell stories of the history of a people, to keep it a living word so you can move forward and hopefully not make the same mistakes again. And that’s the power of story.”