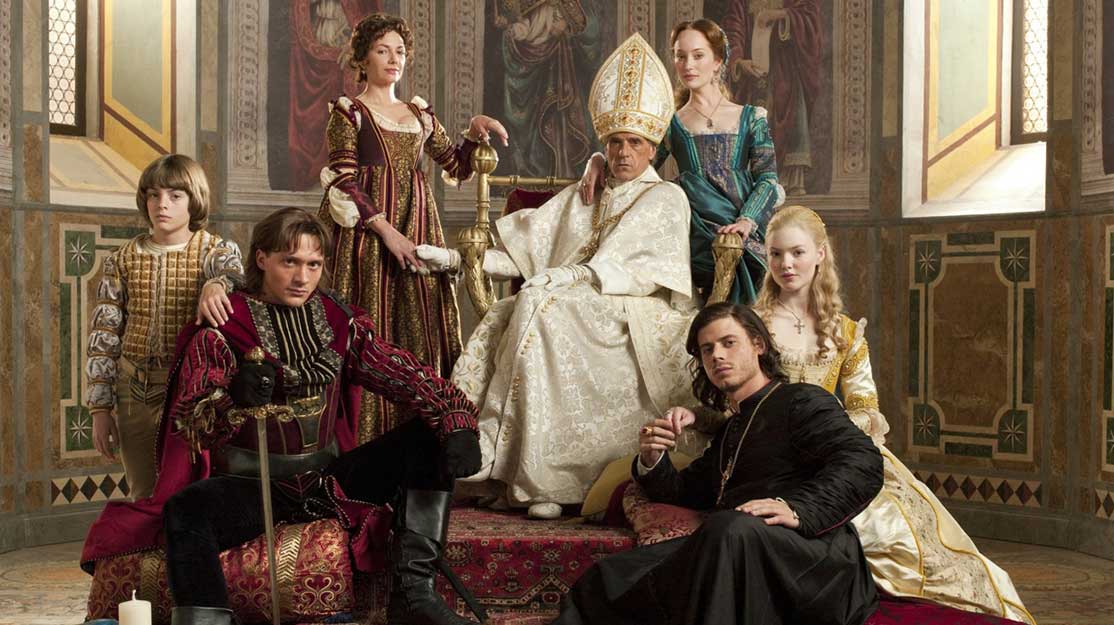 Michael Pickard reports on the latest Hollywood star to join the cast of Sky and Canal+’s The Young Pope, the most recent in a long line of papal dramas.

Diane Keaton has become the latest Hollywood star to make the move to television after signing up for a new HBO drama that will be coproduced by Sky and France’s Canal+.

And while her decision to head to the small screen is another nod towards the current appeal of television drama to traditional film actors, the show she will star in extends another trend among international series.

In the latest in a series of dramas surrounding popes, The Young Pope will see Keaton will play Sister Mary, a nun from the US now living in Vatican City. Also headlining the series is another actor known for his feature career, Jude Law, who will play Pius XIII.

The series comes from Paolo Sorrentino, who will direct all eight episodes. Production began last week.

It is produced by Wildside and coproduced by Haut et Court TV and Mediapro. The executive producers are Lorenzo Mieli, Mario Gianani, Caroline Benjo, Carole Scotta and Simon Arnal.

The series focuses on the beginning of Pius XIII’s Pontificate. Born Lenny Belardo, he is a complex and conflicted character, conservative and yet full of compassion towards the weak and poor. Described as a man of great power who is stubbornly resistant to the Vatican courtiers, he is unconcerned with the implications to his authority.

During the series, Belardo will face losing those closest to him and the constant fear of being abandoned, even by his God. He is not, however, afraid of defending that same God and the world representing him.

Listing some of the show’s themes, Sorrentino said: “The clear signs of God’s existence. The clear signs of God’s absence. How faith can be searched for and lost. The greatness of holiness – so great as to be unbearable when you are fighting temptations and when all you can do is to yield to them. The inner struggle between the huge responsibility of the head of the Catholic Church and the miseries of the simple man that fate (or the Holy Spirit) chose as Pontiff. Finally, how to handle and manipulate power in a state whose dogma and moral imperative is the renunciation of power and selfless love towards one’s neighbour. That is what The Young Pope is about.”

As Sorrentino describes it, it’s hard to resist this blend of good versus evil, temptation, power struggles, politics, faith and morality. So perhaps that’s why The Young Pope is just the latest in a number of dramas to be set in and around Vatican City.

Most recently, US premium cable network Showtime ordered a pilot called The Vatican. It starred Kyle Chandler as Cardinal Thomas Duffy in a contemporary thriller about spirituality, power and politics, set against the modern-day machinations of the Catholic Church.

However, Showtime decided not to move forward with the project in December 2013.

Then, of course, we have rival series The Borgias (pictured top) and Borgia. The Borgias, also from Showtime, launched in April 2011 headlined by Jeremy Irons as Rodrigo Borgia, the manipulative patriarch of the Borgia family, who builds an empire by bribing, buying and muscling his way to become Pope Alexander VI.

Created and written by Neil Jordan, who also directed a handful of episodes, it became Showtime’s biggest new drama series for seven years, running for three seasons until 2013.

Borgia, meanwhile, was a European series similarly about the rise of the infamous papal dynasty during the Renaissance, overseen by showrunner Tom Fontana. It was produced by Atlantique Productions, EOS Entertainment, Beta Film and Canal+, with Germany’s ZDF and Austria’s ORF and Sky Italia among the broadcasters. It was also picked up by Netflix.

The Borgias was also the title of a 1981 television drama produced by the BBC and Italy’s Rai, starring Adolfo Celi as Pope Alexander VI.

As both The Borgias and Borgia showed on screen, dramas involving the papacy can provide writers and directors with a rich tapestry of colourful characters, lashings of intrigue and a host of plots to keep even the most difficult-to-please viewers in front of the TV.

Audiences can find out whether The Young Pope will take the crown among papal dramas when it hits screens in 2017.