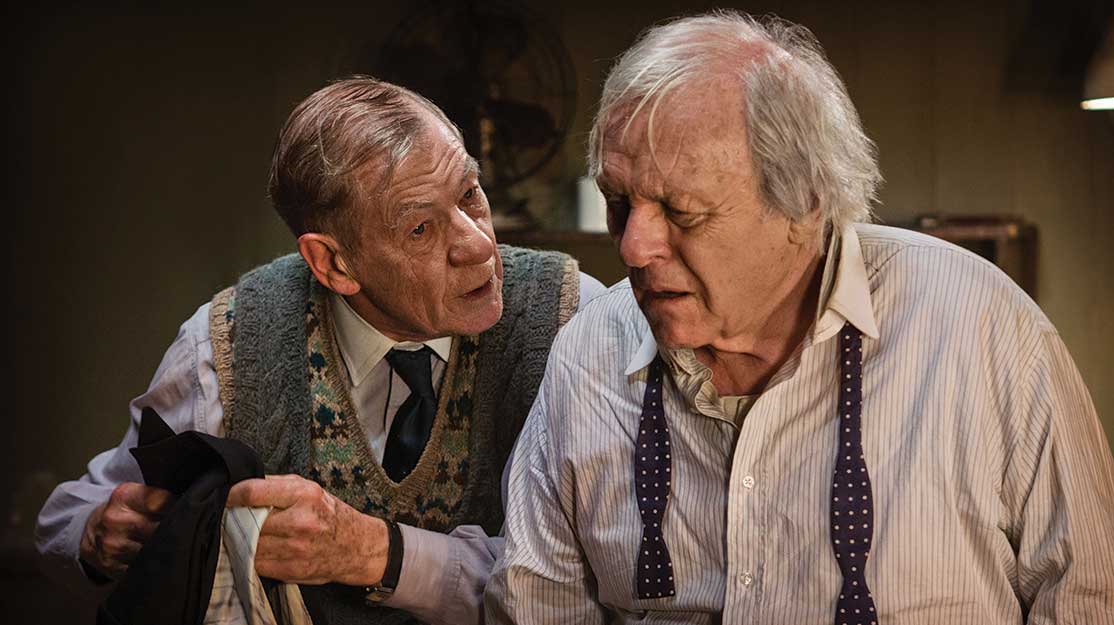 Playing to win: What next for Playground Entertainment?

How do you follow one of the biggest critical hits of the past 12 months?

That’s the challenge facing Louise Pedersen and Sophie Gardiner, who are leading Playground Entertainment’s new London office, as they attempt to replicate the success of Wolf Hall, the BBC2/PBS drama based on Hilary Mantel’s historical novels.

Playground was founded by former HBO Films president Colin Callender in 2012 and its early credits also include The White Queen and The Missing, which both aired on BBC1 and Starz. Playground has a first-look deal with the US premium cable channel.

The company expanded across the Atlantic earlier this year when Gardiner, a former commissioning editor for drama at Channel 4, and Pedersen, previously MD of All3Media International, joined as creative director and MD respectively.

And with their team now in place, they’re firmly focused on developing a slate of indigenous British drama.

“The focus so far has been on development. The New York team had an existing slate and out of that came Wolf Hall and The Dresser (pictured top, an adaptation of Ronald Harwood’s play for Starz and BBC2 starring Anthony Hopkins and Ian McKellen),” says Pedersen. “The challenge for us is to get the UK slate up and running.”

Gardiner adds: “We’re mindful of a privileged relationship in the US. Some of our projects will work well in America with our relationship with Starz. But we’re also aware some of the biggest hits in the US historically have been British ideas for British broadcasters for British audiences.”

Playground UK has been busy buying up rights to novels and speaking to writers, with 10 projects currently in active development, including four adaptations. Gardiner explains: “We are developing some more historical pieces, some classic pieces, but we’re putting them with some exciting and unusual ideas to get something quite modern.

“The other thing that feels exciting is that we have Colin with his track record of established, quality contacts in front of and behind the camera, Louise’s strong commercial acumen and my experience at Channel 4, which was in working with newer, edgier and riskier ideas. In time I hope that exciting combination is visible on screen. You can see the DNA of the company in our slate – those three strong, different backgrounds united by a sense of quality and purpose in what we do.”

In particular, Pedersen says her background working for a distributor means the creative aspect of a potential series comes first and the commercial elements now come second. “When you’re sitting at a distributor, it’s all about what shows you’re going to invest in and whether they are going to travel,” she says. “At a production company, it’s about the creative integrity of the show and if the commercial follows, that’s great. We’re market-aware but not market-led. It’s been a bit of a journey.”

As for Gardiner, she’s relishing the prospect of being involved in the day-to-day production of a show following her stint as a commissioner. “I’m absolutely loving stepping back and seeing the breadth and discovering new writers and commissioners. But I also cannot wait to be on the frontline of production again. What’s wonderful about my position here is to be across all the development and eventually the production.”

But what kind of industry are they setting up in? The increasing number of channels and platforms now commissioning original drama is “good for everybody,” says Gardiner, who points to the number of film and theatre writers now looking at television as a place to tell their stories. “I know the phrase ‘golden age’ is overused but I’m really noticing that these young people are desperately passionate to write in longer form,” she says. “Maybe they used to think they’d make a movie one day. People from theatre and film all want to work in television and that’s where we’re well positioned because of Colin’s history at HBO Films and in theatre.

“People want things they’ve never seen before and that inevitably means we have to find new voices and new approaches. British broadcasters are all articulating that desire for fresh things, and that inevitably means a bit of risk-taking. But it’s all risk-taking – even with a top-name talent, a big idea is a risk. That’s where having a reputation as producers of quality matters to broadcasters so you can steer those ships.”

Playground UK hopes to be in production on at least two series in 2016, with shows already in development with the BBC and Channel 4.

Pedersen adds: “For us the challenge is building the business and getting commissions and making sure we keep the quality threshold up there. It feels like an exciting time and we both feel really lucky to be here.”