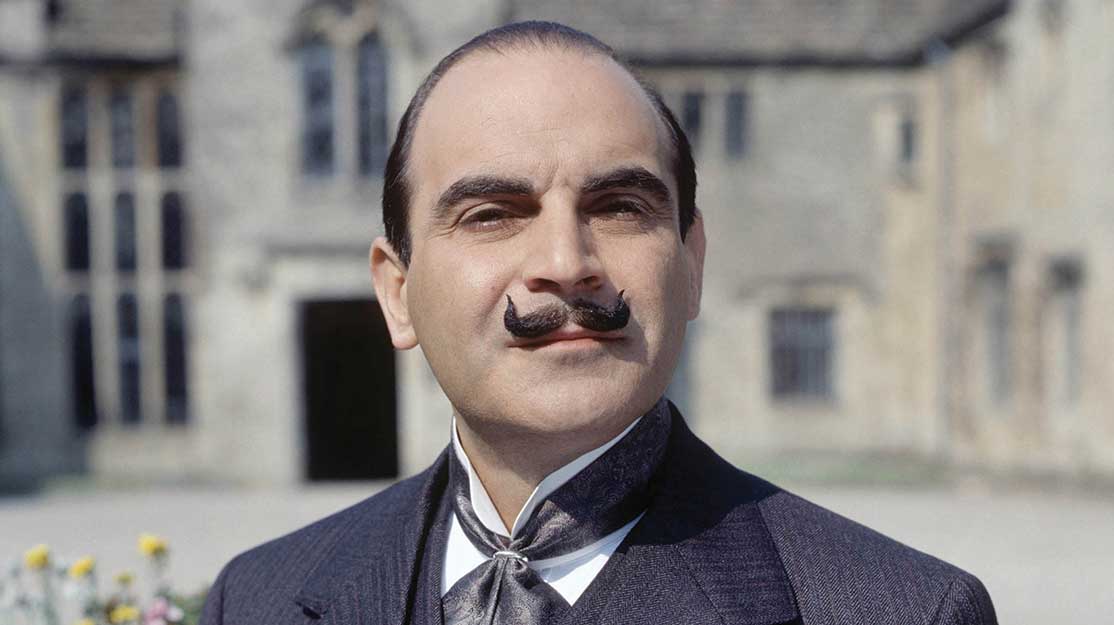 Out with the new, in with the old

As more original dramas are produced than ever before, DQ finds there’s still a place for classic series to find new audiences.

In the ever-changing world of TV, there are few things that can be termed a constant – but one enduring trend is the appeal of ‘classic’ drama, especially the detective genre.

Back in 2004, the executives of ITV’s digital channels were charged with creating a new channel to help stem the network’s ratings decline, particularly among upmarket ABC1 viewers.

Looking at the wealth of ITV-owned library drama available, the answer came quickly enough, although there were some doubts over the appeal of repeating hits from the network’s past.

Confounding these qualms, ITV3 launched to instant success – and 11 years later regularly ranks as the sixth most watched channel in the UK, behind only the five former terrestrial channels. That’s all with a schedule that differs very little from its opening year and, one suspects, a similarly meagre budget. So why does it work?

ITV3 succeeded through the choice of quality detective shows such as Inspector Morse, Foyle’s War, Agatha Christie’s Poirot (pictured top) and Midsomer Murders that benefited from self-contained storylines within each episode and a certain timeless aspect. The series were also aided by being shot on film, avoiding the tired look of many re-runs.

Despite viewers knowing the denouement of most episodes, they stayed for repeat viewings because of the characters, scenery and the programmes’ ability to function as ‘comfort TV’ – easy for viewers to unwind in front of at the end of a long day’s work.

From the beginning, these series and others of their ilk have dominated the ITV3 top 10, often scoring audiences of more than one million. In terms of its on-screen look, ITV3 went for a cleaner, more contemporary style, which helped differentiate it from other repeats channels in the UK such as Gold, Granada Plus and UKTV’s Drama. ITV3 also tried to provide bonus material with behind-the-scenes documentaries and special seasons.

Last year, ITV attempted to build on the success of ITV3 with the Sky pay TV channel ITV Encore. But even accounting for the smaller available pay audience, ITV Encore has proved a severe disappointment to the network – “a learning curve,” in the words of CEO Adam Crozier. Audience levels have rarely surpassed the 100,000 mark. But why?

At its launch, those behind ITV Encore believed there was an appetite for recent ITV drama in peak – often short-run events and miniseries. Unfortunately for the channel, series such as Broadchurch are not particularly well suited to repeat viewing – and, being episodic, demand the commitment of viewing over a number of evenings and weeks.

Unlike the relatively gentle sleuthing of Morse, Broadchurch was an emotional experience for viewers and lost impact on repetition. Gracepoint (Fox), the lacklustre US remake of Broadchurch, sunk without trace on Encore, furthering the belief that these kinds of event dramas can’t command the same kind of viewership as the more self-contained series.

One bright spot for the channel has been the relative success of the Nordic Noir series Jordskott, which confirms the popularity of the genre in the UK – and a possible way for the ailing Encore to successfully evolve. Jordskott has headed the ITV Encore weekly top 10 since its launch on June 10, with consolidated audiences tracking an average of approximately 145,000.

It can’t be too long before the ITV acquisitions team scouts similar Nordic Noir titles for the Encore schedule as the channel gradually morphs into a very different animal. Further evidence of this is that Encore has acquired Twentieth Century Fox’s The Americans seasons one to four (flagship channel ITV canned the show due to low ratings after season two).

And belying the channel’s name, Encore is also moving into original commissions, the foremost being Sean Bean-starring The Frankenstein Chronicles, which launched this month. The supernatural element of this series is continued with another original drama announced, Houdini & Doyle.

Both in the UK and internationally, the relatively low audiences commanded by repeats of event/high-concept dramas such as Lost, Rome (playing on TCM in the UK to audiences of less than 15,000), The Pacific, Battlestar Galactica, Life on Mars and Band of Brothers reflect the problems faced by Encore, where viewers appear to be tempted more by the umpteenth showings of self-contained episodes of Columbo, House, Law & Order, Magnum PI and Marple, which power channels such as Top Crime in Italy and Universal’s 13th Street in various territories.

With procedural investigation series NCIS being the most watched drama in the world, the genre continues to play extremely well internationally and is a staple of many broadcasters’ schedules. Channel-surfing around the globe, it’s extremely rare not to find a US or UK detective series playing at any time of the day.

But with UK drama spend dropping by 44% since 2008, distributors are now having to sweat their drama back catalogues more than ever, demonstrated by the widely predicted push from FremantleMedia International, ITV Studios Global Entertainment, BBC Worldwide, Endemol Shine International and others.

As evidenced by Cozi TV and TV Land in the US, there is a nostalgic appeal to older titles such as Fremantle’s Baywatch (which launched on Cozi TV in August). But this can sometimes wear thin after initial viewings and broadcasters then become stuck with dozens of episodes of series that are eventually shuffled off into late-night slots. However, the news that Dwayne ‘The Rock’ Johnson and Zac Efron are planning a 21 Jump Street-style comedy take on Baywatch should help revive interest in the original show.

FremantleMedia International launched its Classic Catalogue at Mipcom this year, highlighting a vast library of comedy and drama and for the first time curating in one place the output of its constituent companies (including Euston Films, Grundy and Alomo). The firm is focusing on spotlighting key titles over the coming months, including both reversioned classics and formats/remake opportunities for shows such as Love Hurts, Pie in the Sky and Rumple of the Bailey.

Fremantle’s ambitious Kate Harwood-led revival of Euston Films will see not only original productions but also the possibility of new versions of such hits as The Sweeney and Widows, as well as lesser-known titles including family drama Fox (1980, starring Peter Vaughan and Ray Winstone) and intense thriller Out (1978, Tom Bell and Brian Cox).

After the success of Channel 4’s Indian Summers and the general appeal of period drama, there may be interest in another take on the 1910s Kenyan coffee plantation saga The Flame Trees of Thika (1981).

The success of ITV’s resurrection of comedy Birds of a Feather has seen a higher profile for the writing team of Laurence Marks and Maurice Gran, who are now heading the Fremantle-backed LocomoTV and, like Euston, are looking at producing both new shows and possible re-boots of golden oldies such as Goodnight Sweetheart, this time for the US market.

Fremantle’s Sarah Doole, director of global drama, says: “We’re extremely excited about our heritage catalogue of classic comedy and drama. Having looked at the titles from our back catalogue, we realised we have some real crown jewels in there.

“It’s a distinguished collection bursting with iconic hits penned by legendary writers, not to mention the raft of classic characters who have gone on to become household names. We can’t wait to showcase the titles to buyers from across the globe.”

Returning to the appeal of older drama, the audience for repeated soaps tends to be very niche, as they tend to travel badly from the originating countries with production values that can vary from mediocre to poor.

US soaps have never really worked in the UK (and vice versa) – the most recent attempt being ITV2’s transmission of the campy Sunset Beach in the early 2000s.

UK state broadcaster BBC2 has used long-running US series such as Cagney & Lacey and The Rockford Files to plug the gaps left by budget cuts in the daytime schedule. Murder, She Wrote and Columbo perform much the same function for ITV at the weekend.

Distributors such as Stephanie Hartog (formerly of Fremantle and All3Media) agree that “the success of Downton Abbey has opened the doors to some who previously might have doubted the appeal of classic drama in their markets.”

Hartog also notes that “the growth of specific genres from areas such as the Nordics, Turkey, Israel and France have contributed to a growing trade in drama and has prompted a look at older fare.”

In the UK, as per the rest of the world, older cult series tend to be the preserve of smaller channels; currently, 1960s series The Avengers (on Cozi in the US) and The Wild, Wild West reside on True Entertainment and The Horror Channel respectively.

Sony’s True Entertainment channel in the UK is the home for many middle-of-the-road series of the past, including Little House on the Prairie, The Waltons, The Practice, Touched by an Angel, Due South and Providence.

And, of course, the Star Trek and Stargate franchises continue to form part of many channels’ daytime schedules in territories across the world. Star Trek will also get a fresh outing in the form of a new series to launch in 2017 on US network CBS’s All Access on-demand platform.

Keshet International sales director Cynthia Kennedy says: “The launch of new services (both linear and OTT) across the globe means old shows can find a new lease of life, with both fans of nostalgia and new audiences. BBC dramas tend to have a long shelf-life, while older titles can usually find a home on new VoD platforms in places like Central and Eastern Europe, Asia and Latin America, not to mention the majors being able to bundle their new shows with back catalogue content that gets airtime on smaller channels.”

Online, RLJ’s Acorn TV has carved out a niche for itself with a variety of past and present UK titles, ranging from such classics as I Claudius and Brideshead Revisited to contemporary fare including New Worlds and Secret State. Karin Marelle, a former acquisitions and commercial director at Acorn, says: “The increasing presence and popularity of British acting talent in the US has led to interest in checking out their shows before they crossed the pond.”

Netflix and Amazon, of course, are a destination point for distributors, although older drama titles are among their less promoted shows, with many already available through YouTube.

One genre that consistently delivers viewers – in an older male demographic – is Westerns. Despite the introduction of new titles and series, TCM Europe’s highest numbers tend to be attracted by Westerns – including vintage series such as Gunsmoke as well as current or recent series like Longmire and Hell on Wheels.

AMC in the US has also enjoyed strong ratings with Westerns, with ‘Cowboy Saturday’ schedules boasting a line-up of classic movies and golden oldies such as Rawhide and The Rifleman.

The success of Marvel and DC superhero movies and series has prompted some online free-to-air VoD platforms to investigate the availability of older series and one-offs to tie in with future cinema releases such as Batman vs Superman: Dawn of Justice (DC) and Dr Strange (Marvel).

This August’s release of Guy Ritchie’s movie version of 1960s spy caper series The Man from U.N.C.L.E. may also see interest in the show renew across various international territories. Edited TV movie versions of the series recently aired on TCM in the run-up to the film opening in the UK.

Mission Impossible V: Rogue Nation could also prompt re-running of the classic 1960s television series in countries where it has been off air over recent years.

These and other developments should help distributors with older drama libraries get a foot in the door with broadcasters.

With new channels regularly launching across the globe (sych as AMC in European territories including the UK, Serbia and Hungary), the demand for quality library series to populate the schedules will be as strong, if not stronger, than ever.