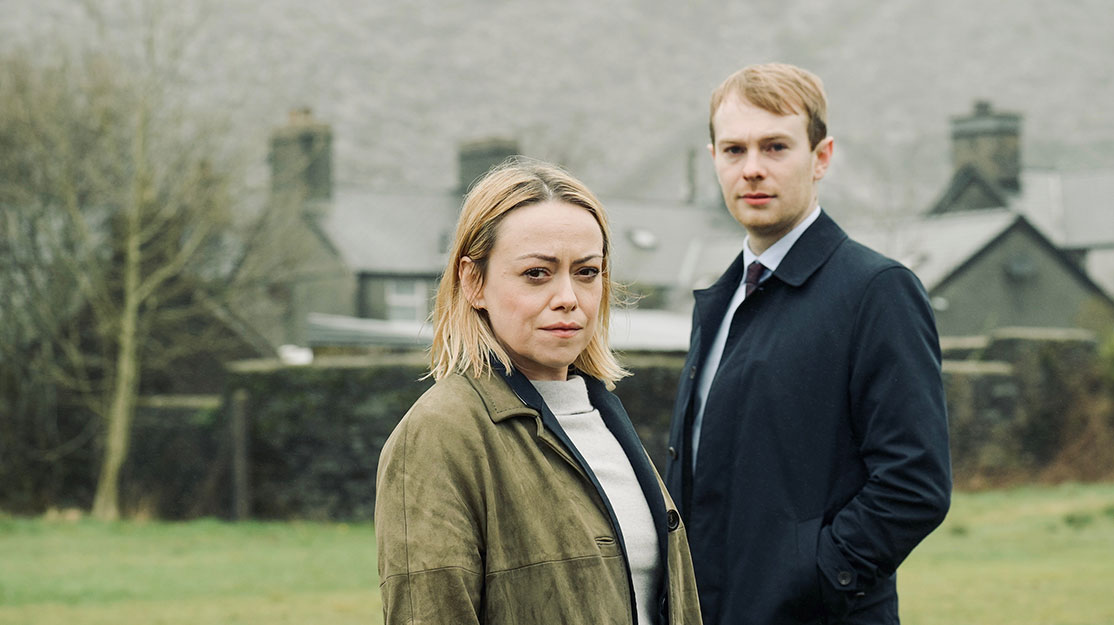 Out of the woods

Welsh noir Craith (Hidden) finds new shades of light and dark in a fresh urban setting for its second season, but with new terrors to uncover, the crime drama promises to be as menacing as ever.

Much of the success and allure of gloomy Welsh crime drama Craith (Hidden) comes from the fact the show reveals the murderers very early on.

In fact, the killers are revealed in the first episode of the second season of the breakout drama, allowing its creators to explore why people commit such heinous crimes rather than distracting the audience’s attention in trying to solve the crime throughout the season.

“Using the ‘whydunnit’ as opposed to ‘whodunnit’ mechanism allows audiences to delve into these characters’ lives and to understand why they have done these really terrible things,” Craith producer Hannah Thomas tells DQ. “Once that baggage is removed from the audience, it can free them to really dive into the story, the nuance and to explore the world we’ve created.”

The BBC Wales and S4C series, which debuted last year, again follows detectives Cadi John (Siân Reese-Williams) and Owen Vaughan (Siôn Alun Davies) as they try to solve the gruesome murder of an elderly man in North Wales. Craith’s second season picks up nine months after the first installment ended, with both major characters having gone through life-changing events.

Cadi is dealing with the aftermath of her father’s death and going through the grieving process, but she has also received a promotion to detective chief inspector ¬– a career move, she is told, her late father would have been proud of.

The character has become such an iconic and popular protagonist that producers brought on Reese-Williams as a consultant much earlier in the production phase this time around so she could contribute her ideas to the drama’s progression. The show’s directors, Gareth Bryn and Chris Foster, were also invited to contribute to development in earlier stages than season one.

“Siân is such an integral character and I can really trust her opinion and her instincts,” Thomas says.

In the meantime, Owen’s coping with life as a first-time father as he and his wife struggle to adjust to their new lives with a newborn baby.

Thomas explains these “profound changes” have reshaped the characters not only personally, but also professionally. “They’re both more empathetic and compassionate because of going through these life changes, which will have some kind of impact and change you.”

Once again produced by Severn Screen with backing from distributor All3Media International, Craith’s latest season has moved away from the previous backdrop of the scary isolated house in the middle of the woods but is still based in rainy North Wales in a town called Blaenau Ffestiniog. While there is more light and shade this season as it is set in different locations around the town, the fact that the events unfold amid a backdrop of mountains and slate quarries adds to the grim feeling of the series.

The constant rain and short days made it very challenging to shoot, especially for continuity. But the apocalyptic feel of the series helped set the tone for the brutal murder and subsequent investigations.

“It’s really jagged and austere, and it suffocates you because the mountains are all around,” Thomas says. “What’s really interesting is, in North Wales you are in some places that are extremely beautiful but then telling a dark story like this one against that backdrop is quite incongruous and it really stays with you.”

Another on-set challenge is the fact that the series is shot back-to-back in English and Welsh, with S4C airing the Welsh version and BBC1 Wales and BBC4 airing a bilingual cut. Young actress Annes Elwy (Little Women, Philip K Dick’s Electric Dreams), who plays the troubled teen Mia Owen, expected the transition between languages to be far more complicated, except for when it had been a long day on set.

“Sometimes if you’re really tired you get confused… and you see the other actors’ faces and you can tell you’ve probably gone for the wrong language,” she says.

Her character also has a different backstory in the Welsh and English versions purely because of the language choices. But Elwy admits there is a different approach to the same scenes because of nuances in the languages and for the actors it can have a completely distinct feel.

One example is that in the Welsh version, she attends a Welsh school and speaks Welsh at home and with friends. But in the bilingual edition, “Mia comes from an English-speaking home and goes to a Welsh school but chooses to socialise in English with people who do speak Welsh,” she says. “So it’s quite fun to play those different versions.”

Her co-star and chief protagonist, Reese-Williams, agrees. She says memorising a four-page interrogation scene in two languages can be difficult, but that challenge keeps it fresh for her as an actress.

Thomas points out that the English version is actually bilingual as viewers will get to see characters converse in their first language as well as English, arguing it accurately reflects how the Welsh use language every day.

“Craith is obviously the Welsh version and Hidden is the bilingual version and it’s lovely because it’s reflecting the makeup of Wales and how we actually speak the language,” she says.

The cast and producers clearly have a good relationship that translates onscreen, especially for the two detectives who have a respectful and honest professional partnership. It was important to foster good onset chemistry to help each other through filming under extreme weather conditions, while portraying some very morbid story lines.

Thomas believes the strength of Craith lies in the fact it doesn’t judge any of its characters, but rather the show allows viewers into their lives.

“Exploring every character in depth and their motivations shows nothing is black and white in life –I don’t think there’s such a thing as a good person or a bad person,” she adds. “We’re all various shades of good and bad. That’s what’s great about this show – it explores those nuances.”