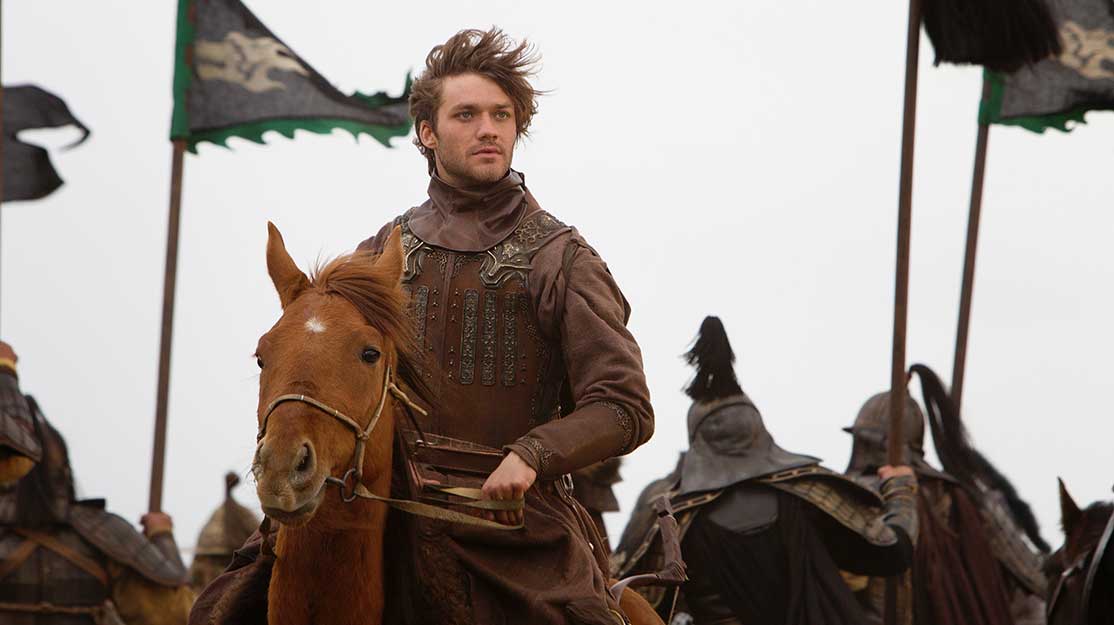 New-age models: How the dramatic landscape is shifting

With digital powerhouses such as Netflix fundamentally changing the TV distribution landscape, how are the world’s development executives reacting to the new environment, and what does the future hold for drama production, commissioning and funding?

It’s no secret that television’s traditional distribution model has been thoroughly shaken up by Netflix and Amazon during the past three years.

As a result, broadcasters, from ABC in the US to ZDF in Germany, are in the process of trying to reinvent themselves digitally, primarily by launching their own on-demand platforms in an attempt to future-proof their brands.

It would follow that the development slates of traditional production outfits require a similar level of transformation – but the question of whether content itself needs to change in line with consumption habits is a contentious one.

As the well-worn mantra of the television exec goes, despite all the noise around digital, great drama is still all about storytelling. And loud, addictive and exclusive must-see shows, alongside a large library of classics, are the key to building and retaining audiences.

Therefore, it’s the MO of every development exec to have a slate that boasts the kind of show that’s going to have people watching episode after episode, gorging well into the small hours and then telling their friends about it the next day.

“Everyone is chasing big, noisy event programming. There are variations, but everyone is kind of after that same thing,” says Adam Fratto, exec VP of development at the US arm of New Zealand’s Pukeko Pictures.

Fratto, whose drama credits include Haven and The Dead Zone, was hired by Pukeko in 2012 to develop and pitch scripted projects to US cable channels, which are seemingly falling over each other to commission drama projects.

Most drama is expensive, however, and Fratto says Pukeko’s approach is to target partnerships that are both creatively and financially logical in order to make as ambitious projects as possible. New Zealand has several international copro treaties, making Pukeko a potentially lucrative partner when it comes to budgets. Recent productions filmed and set there include Top of the Lake, a copro between BBC2 in the UK, BBC’s UKTV in Australia and New Zealand and SundanceTV in the US.

“We know exactly what we want to do. We look at Game of Thrones and say ‘Well, shit, you shot that in six countries and you could have shot it in one.’ That sweet spot of epic, world-building fantasy and sci-fi is exactly what we should be doing, and that’s what we’re focusing on,” Fratto says. “We’ve just been greenlit on a copro treaty with Australia and we’d really like to find one with the UK, as we think there are a lot of complementary opportunities. As an international company, we don’t feel we have to be particularly US-focused – we’re taking a very broad view.”

Sci-fi also happens to be on the to-do list of UK-based Death in Paradise producer Red Planet Pictures, which was founded in 2005 by Life on Mars scribe Tony Jordan and prides itself on being completely writer-led. The firm recently produced The Passing Bells (2×90’) for the BBC’s flagship channel, which aired the epic drama in November last year to mark the centenary of the First World War.

“We’re a truly writer-led company, so we want to nurture new talent under Tony’s wing and mentor them through that process,” says Simon Winstone, executive producer at Red Planet. “There are always things we wish we had. Tony and I share a desire to do a big sci-fi show, and it’s probably the time for it. Tony is quite militant in not taking briefs from people. We take the view that when you know what people are looking for, they’re rarely ever going to commission that. They always tend to commission something different.”

Others, meanwhile, are choosing to take inspiration from the international drama community, pitching successful local formats to US broadcasters looking to manage the level of risk around their next commission.

Take UK-based New Media Vision (NMV), which was set up by former US studio exec Todd Lituchy six years ago as a consultancy firm and has steadily branched into production and distribution. In 2013 it sold the popular Spanish format The Mysteries of Laura to NBC, which placed Will & Grace star Debra Messing in the lead role as a detective who solves murder cases while dealing with her two sons and an ex-husband.

“For us, it’s about finding great underlying material, where somebody has already built the world. We’re the opposite of a writer-driven company; we’re an execution company,” says Lituchy. “Our scripted development side has two halves. On one side, we work with production companies around the globe to identify IP that has a chance of successfully capturing a global audience. On the other, we’re working with new writers in both the US and the UK on ideas that we feel are really strong. We work with them to develop scripts and shoot pilot presentations, and then we take it to an audience. We’re not working to a specific channel brief, but on content that we think will resonate with viewers.”

The exec says he sees digital as a huge opportunity because, as a producer and a distributor, it means there are more buyers for his company’s content. “Even though it’s more competition for traditional linear channels, I don’t see them going away in the near future,” Lituchy adds, being careful not to rock the boat too much.

Pukeko’s Fratto concurs that digital distribution is presenting more “opportunities” to producers. However, he takes a more apocalyptic view when it comes to the future of linear broadcasters. The frenzy of drama commissions around the world is potentially unsustainable and could result in the demise of some channels, as the current drama marketplace faces the danger of becoming “saturated,” he believes.

“People in my neighbourhood are talking about a bubble. When I first started in scripted dramatic television, there were six legitimate buyers in the US – I think there are 42 now. But the number of eyeballs has not increased sevenfold.”

Fratto points to the recent closure of Microsoft’s short-lived Xbox Entertainment Studios (XES) as evidence that the “bubble” could be set to burst: “We had a very big miniseries project set up with XES. We closed the deal and the next week it was gone. I’m not saying that’s going to continue to happen, but it may. The fact is, we all have to think about whether the marketplace can sustain all these entities programming huge, expensive drama.”

Indeed, it’s hard to imagine every broadcaster and digital player being able to go toe to toe with Netflix in the future, given that one of the SVoD platform’s latest pieces of original programming, the 10-episode historical epic Marco Polo (pictured top), cost a reported US$90m to make.

“Everyone’s still going to want to consume content that they’re excited about. And it’s probably going to become more challenging to reach them and make money. But there will be money to be made, you just have to surf that tide,” Fratto adds. “A lot of broadcasters around the world, particularly in the US, are probably going to go out of business once things become unbundled from cable and decoupled from your TV set.”

Lituchy, meanwhile, can see the UK market going the same way as the US, with more and more channels using original content as a way to differentiate themselves from their competitors. “Ten years ago in the UK, you had four buyers. Now you’ve got UKTV, Comedy Central and Netflix commissioning UK content. I would expect more channels to move into original programming as well,” he says.

“Everything is in quite a healthy state,” believes Red Planet’s Winstone, who is quite happy to concentrate on continuing to produce primetime for the BBC and other UK channels, rather than chase the affections of the new kids on the block.

“Ultimately, we love the idea of millions of people watching and talking about the show the next day. Digital is not our focus. We’re big fans of traditional viewing – we haven’t created anything yet that needs to work on digital. We want to make shows that go out at 21.00.”

For the moment, the programming strategies of Netflix, Amazon and Hulu all appear to be more a case of throwing premium content at a wall and seeing what sticks, rather than focusing on one style or genre in particular.

It’s hard to know whether they’re looking for cable-style, niche programming like Mad Men, or broadcast shows with wider appeal such as How to Get Away With Murder. Ask them and they’d probably say both.

In the case of the US remake of The Mysteries of Laura, which Lituchy now exec produces for NBC, NMV originally thought it would go on to become a cable show, but eventually decided to take it only to broadcast networks.

“We actually pitched it to ABC, CBS and NBC. Those were the three networks we decided it would fit well, and all of them made offers,” Lituchy says. “It’s not the kind of show a Netflix would be interested in buying. We’re going for a very large audience, not a smaller audience that would want to shell out money to watch the next episode. But we do have other formats on which we would be more than happy to partner with Netflix.”

Grand-scale international coproductions are only going to become more common in the future as broadcasters look to commission their own tent-pole shows to compete with big spenders such as Netflix. And, for small companies like NMV – which at the time of writing comprises a team of five people – they’re a way to get involved in more ambitious projects.

“For us, international coproductions are great,” Lituchy says. “We’re a small company, so the BBC might not give us £500,000 (US$782,000) per episode to produce a show. But if we partner up with other companies either in the UK or internationally, we’re more likely to get that funding.”

And, for Pukeko Pictures, which isn’t able to rely on its local broadcasters to get projects fully funded, international coproductions are a vital part of the business model. “We’re exploring coproductions with studios and producers from other countries, with a particular eye on where we can take advantage of the recently heightened incentive schemes. What we do have to offer, under a treaty coproduction, is 40% incentive out of New Zealand,” Fratto says.

Death in Paradise, which returned for a fourth season on BBC1 earlier this year and will come back for a fifth, has flourished precisely because of its international partners, according to Winstone – who adds that people initially thought Red Planet was “insane” to attempt a coproduction with France Télévisions.

“The English-French thing has made it a much, much better show. But, like anything, it’s something you have to manage. One of the things (exec producer) Tony Jordan has been brilliant at is steering a course and making sure there’s a vision. At times you have to be robust, know what the show is and hold on to the heart of it,” Winstone adds.

“TV is a collaborative process. You have to let people have their voice, particularly if they are putting money in. Make sure you listen to them when they’re making a good point – and when they’re not, try and explain why they’re wrong, in a very nice way.”

A good sense of diplomacy, it seems, looks set to be the one thing that any producer wanting to make next-generation drama will require in spades. But how the new digital distribution paradigm will change the game further is yet to be seen.