Netflix is best known for its US-originated scripted series. But new funding will allow it to ramp up its investment in dramas from other parts of the world. Here we look at its efforts so far.

On Monday, Netflix announced plans to raise US$800m of debt to help finance original content. Its rationale for this is to reach a point where it has 50% original content on the platform, thus reducing its reliance on increasingly expensive rights acquisitions.

So far the streamer has made its name with US scripted originals like House of Cards, Orange is the New Black and Stranger Things. But as it builds up its subscriber base around the world, it is also investing in non-US scripted content. It’s not clear how well Netflix’s international investments have done so far – because the company doesn’t release any ratings data. But what we do know is that its international subscriber base is growing rapidly, with an additional 3.2 million non-US customers added in the third quarter of this year. So presumably some of this tranche of funding will be earmarked for more international projects.

While it’s not possible to get an accurate picture of how individual Netflix shows perform, there are a few ways of getting a rough idea of a show’s appeal – such as IMDb scores, awards, critical notices and whether it gets recommissioned. So this week we’re taking a look at Netflix’s non-US scripted commissions and trying to formulate a view on whether the company is spending wisely. 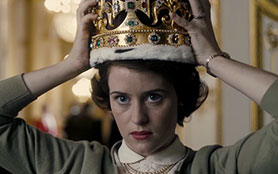 The Crown: Produced by Left Bank Pictures for Netflix, this epic 10-part account of the reign of Queen Elizabeth II is reckoned to have cost US$100m to make. The UK-originated show doesn’t launch until November 4 so there is no IMDb score to refer to as yet – but the quality of the creative team suggests it will start strongly. Written by Peter Morgan and directed by Stephen Daldry, the story commences when the monarch is just 25, so there is scope for it to run and run if it proves popular. The success of Victoria on ITV UK, coupled with extensive sales at Mipcom last week, suggests there is an appetite for royal drama globally. 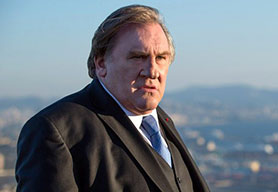 Marseille: For the French, Netflix decided to back a gritty crime drama set in the evocative south coast city. Created by Dan Franck, its appeal to the international market is bolstered by the presence of actor Gerard Depardieu. However, the first season of eight episodes, which premiered in May 2016, received a negative reaction from critics. Le Monde called it an “industrial accident,” while Canada’s Globe and Mail and the USA’s New York Times were also pretty disparaging, the latter writing it off as a clichéd copy of US cable drama. An IMDb score of 6.9 is also pretty poor – though it didn’t stop Netflix from commissioning a second season.

Between: Netflix’s first Canadian original is a six-hour survival thriller starring Jennette McCurdy (iCarly). Created by writer-director Michael McGowan, it focuses on a town afflicted by a deadly disease that kills anyone over the age of 21, leaving local teens to fend for themselves. When the government quarantines the town, a deadly power struggle ensues. The show got mixed reviews and an IMDb score of 5.9 – but was still strong enough to secure a second season, which launched in July 2016. 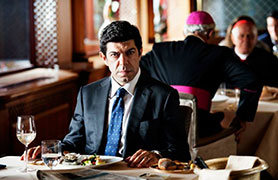 Suburra: Netflix greenlit this 10-episode organised crime series, set on the Roman coast, for Italy. The streamer describes Suburra as “a captivating story that involves politics, the Vatican, the Mafia, corruption, money laundering, drugs and prostitution.” The show, which will premiere in 2017, is from Cattleya, the producer behind hit series such as Gomorrah (IMDb score: 8.7) and Romanzo Criminale (8.6). Cattleya’s track record suggests Suburra will attract a decent Italian audience at launch. Also in the show’s favour is that it is a spin-off from a critically acclaimed movie of the same name (pictured), released last year. While Netflix’s international drama investments are primarily designed to attract subscribers in their respective domestic markets, the popularity of Gomorrah outside of Italy suggests Suburra could also generate a good audience globally.

The Rain: This week, Netflix ordered its first original series from Scandinavia, an apocalyptic thriller from FremantleMedia-owned Miso Film. Set 10 years after a virus has wiped out most of the Scandinavian population, The Rain follows two young siblings as they embark on a search for safety guided by their father’s notebook about the hazards of the new world. It will premiere in 2018. “Miso Film is extremely proud to produce the first Netflix original series in Scandinavia. We have been focusing on high-end drama series since we established the company in 2004 and collaborating with Netflix on The Rain will be a new milestone for our company,” said Peter Bose, producer and CEO at Denmark-based Miso Film. It’s obviously too early to say how well the show will do, but Miso has a good track record with shows like Acquitted, and Nordic drama invariably does well internationally. 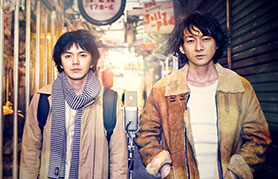 Hibana: Launched in June on Netflix Japan, Hibana is a 10-part drama that tells the story of two male stand-up comedians. Based on a best-selling novel by Naoki Matayoshi, it sees an aspiring comedian and an established talent who agrees to mentor the younger man. The show has generated a lot of acclaim outside Japan from critics who think it represents a new way forward for the country’s scripted sector. Typically, Japanese dramas don’t sell very widely overseas but the new style and tone represented by Hibana could change that, and an 8.2 rating on IMDb is encouraging. “The mentor-apprentice relationship, as well as a passion in pursuing something, is very Japanese,” Netflix Japan president Greg Peters told The Japan Times. “So it’s a great opportunity to present a story that is authentically Japanese, but relatable to a broader audience.”

Dark: Ordered earlier this year, Dark is Netflix’s first German original series. The 10-part show, to be directed by Baran bo Odar and written by Jantje Friese, is described as a family saga with a supernatural twist. It’s set in a German town where the disappearance of two children exposes the double lives and fractured relationships among four families. “Dark is an incredible German story that will appeal to a global audience,” said Erik Barmack, VP of original series at Netflix. “Bo and Jantje are creative talents that have developed great projects in both Berlin and Hollywood, and we are thrilled to be working with them on our first original series entirely authored, shot and produced in Germany.” There are no details yet on Dark’s launch, but the success of Odar/Friese’s 2014 hacker film Who Am I – No System Is Safe is likely to create a lot of buzz around the series at launch.

As yet, Netflix hasn’t announced any Korean dramas, but it won’t be long before it does. At a recent press conference in Seoul, CEO Reed Hastings said: “Korea is an optimal market for Netflix as the nation has a high level of consumption, high-speed internet and a well-established mobile infrastructure. Netflix will produce various original content with Korean creative partners.”

In Australia, Netflix faces competition from Stan, which has already had an origination hit with Wolf Creek. As yet, Netflix hasn’t greenlit an original Australian show, presumably because it can rely on US dramas to build its business there. Asked about originations by The Sydney Morning Herald in June, Netflix chief content officer Ted Sarandos said he would like to commission an Australian show but didn’t make any specific commitments. “Australia has such a rich production infrastructure and great talent, both in front of and behind the camera. There’s no reason we would not [commission] original shows for Australia,” he said.

Over the summer, Netflix announced that it was fully localising in Turkey. As yet there have been no Turkish commissions, but the company did do a major deal with Eccho Rights for the global distribution of 450 hours of mostly Turkish drama content – including titles such as The End and Kurt Seyit & Sura. This suggests it sees Turkish drama as a growth opportunity.

Around the same time, Netflix also expanded its Poland service to include more content subtitled or dubbed in Polish. Quizzed on his plans for Poland-based production, Netflix CEO Reed Hastings said there were definitely plans to back local shows. In terms of time frame, he said it is usually three years before Netflix gets to a point of producing local shows – which would mean the first Polish commission is probably due in around 2019 or 2020. Subjects would need to appeal to the global audience, with Hastings suggesting Polish history might be a good starting point.

Note: One factor that may speed up Netflix’s local production plans in Europe is a proposed change in European Union law that would require on-demand players like Netflix and Amazon to invest more in local original production. If approved, the rules would require them to spend around 20% of revenues on Europe-produced original content, compared to the current 1-2%.

tagged in: Between, Dark, Hibana, Marseilles, Netflix, Suburra, The Crown, The Rain