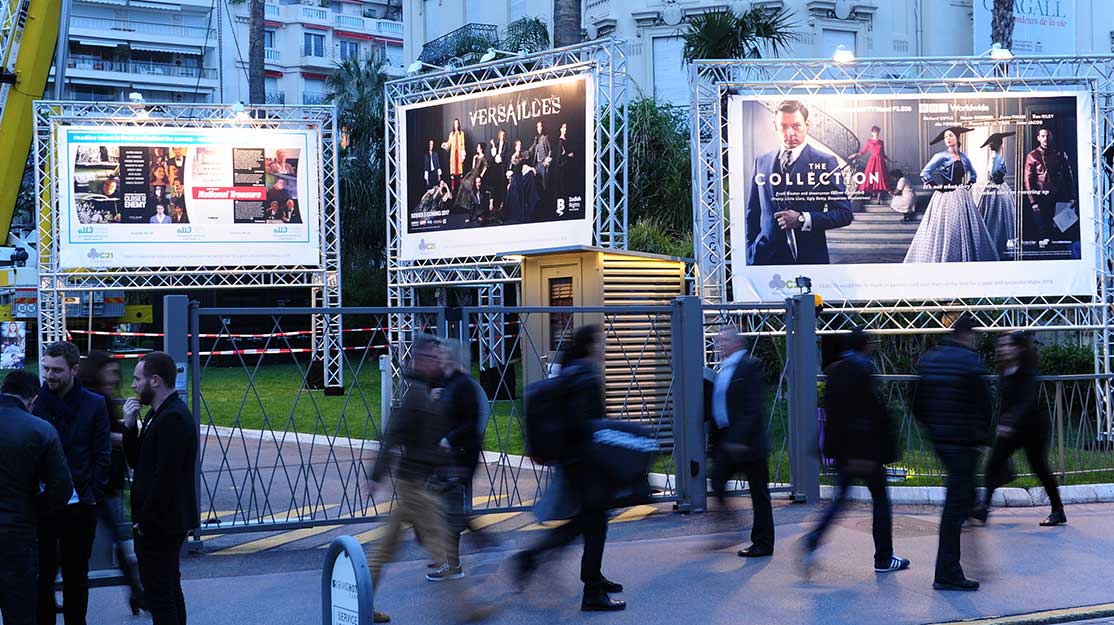 Recap: What MipTV execs said about taking on Netflix

Now that MipTV 2016 has come to an end, DQ editor Michael Pickard looks back on a week where drama continued to reign supreme – and Netflix was again among the major talking points.

With its place in the events calendar so close to other major markets, buyers and distributors have become used to absence of the US studio giants from MipTV each spring.

Yet this year, in what perhaps is representative of the international television industry at large and the growth of the global drama market in particular, it didn’t seem to matter.

The sheer amount of content on display in Cannes – from the traditional posters and billboards lining La Croisette to the inaugural Mip Drama Screenings that presented 12 series from around the world – showcased the current strength of international storytelling that is rivalling US drama.

Distributors selected for the screenings certainly felt the benefit, with several reporting a surge in interest in their shows following their presentations in front of more than 350 acquisitions executives on Sunday – none more so than Zodiak Rights, which is selling Belgian drama Public Enemy, the show that scooped the event’s top prize.

But despite the largely absent US studios, those who hoped Netflix might also take the week off were sorely disappointed when the SVoD platform flexed its financial muscles once again.

On Monday, it announced a deal that saw it pick up global rights outside the UK and Ireland for ITV drama Marcella, the first English-language series from The Bridge creator Hans Rosenfeldt.

It’s clear the scale of Netflix’s ambitions and depth of its pockets no longer surprise any of the executives found taking back-to-back meetings inside the Palais. Now that the service has established itself as a major player and rolled out in more than 190 countries, said execs are likely to be heard discussing the next challenge facing the industry – how to fight back against Netflix’s dominance.

In particular, this involves producers deciding whether to work with Netflix and attempt to hold on some of the rights, alternative licensing windows and future earnings from the series. As British producer Justin Thomson-Glover, MD of Artists Studio and a founding director of boutique financing service Far Moor, said during a drama financing panel on Wednesday: “Platforms like Netflix write a cheque and you make it (the series). But there’s no back end.”

For distributors, the question is whether global rights deals with the SVoD giant and its online competitors are preferable to piecing together deals with broadcasters on a territory-by-territory basis.

We’re also now seeing the emergence of local SVoD platforms targeting original content in a bid to win subscriptions and eyeballs from Netflix. During the same drama finance panel, About Premium Content’s Emmanuelle Guilbart revealed the distributor is working on a new drama with Swedish broadcaster SVT, with finance from a domestic SVoD player. “They are becoming real commissioners with real money,” she said.

Netflix’s influence, and that of its competitors, in the distribution of content around the world also posed an interesting question during the scripted formats panel that I hosted on Tuesday: If original series (in most cases the best versions) are available worldwide, what is the future of scripted formats?

It was clear from the presentations given by Eccho Rights, New Media Vision and Comarex that local remakes of international hits are still immensely popular and profitable across Latin America, the Middle East, Africa and Asia, while New Media Vision’s ambitions to act as a “gateway to the US” is evidence that, despite the drop in adaptations ordered by the big networks this pilot season, the US is still keen on non-English-language formats. NBC, for example, is launching Game of Silence, based on Turkish series Suskunlar, on April 12.

One deal confirmed this week was for The Department of Time, which was announced as the first Spanish drama to be adapted in China.

The eponymous department is a secret government institution tasked with guarding the ‘gates of time’ and preventing intruders from travelling to the past to change the course of history for their own benefit.

The series was originally produced by Cliffhanger and Onza Entertainment for TVE in Spain and the format has been sold by Onza Distribution to China’s Guan Yue International.

Circling back to SVoD, one executive told DQ here in Cannes that Netflix, Amazon and the large number of increasingly confident local SVoD platforms could, in fact, turn to scripted formats in an effort to boost their original production slates.

Meanwhile, the digital revolution is also building in the form of shortform series that are throwing traditional broadcasting structures to the wind. That series with no set running time or episode order are being produced across publishing sites such as YouTube and Vimeo is nothing new – with the latter’s Sam Toles describing YouTube as WalMart compared with Vimeo’s Bloomingdales during a web series panel on Wednesday.

But the session, which also included executives from New Form Digital in the US and France’s Taronja Prod, posed a pertinent question – if a YouTube channel that has 30 million hits still isn’t in the mainstream, how do you measure success?

Canadian prodco Shaftesbury might have the answer. One of its original digital series, Carmilla, which is available on the KindaTV YouTube channel, will this month be shopped to US networks as a 13-hour drama on the back of its success online – three seasons and 41 million views. Showrunner Sandra Chwialkowska (Lost Girl) is attached to the series, which is based on J Sheridan Le Fanu’s novel about a young woman’s attraction to a female vampire.

With ready-made brands known to millions of fans, who participate in fan art, fiction, online debates and more, web series are primed to serve as ready-made pilots for traditional TV networks looking for their next big hit. Just don’t tell Netflix.