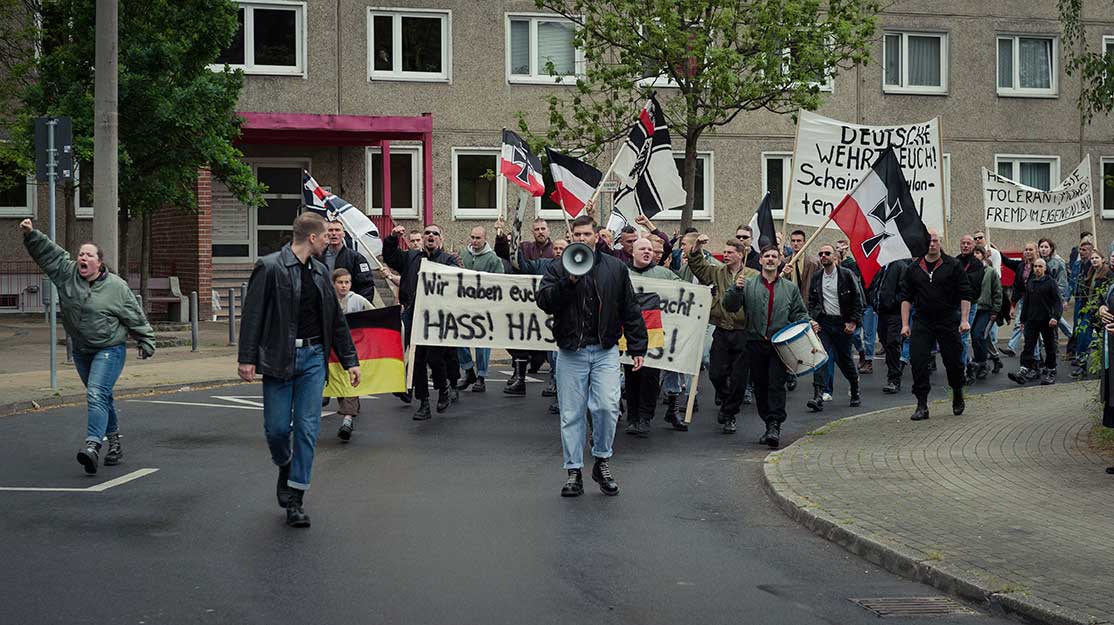 The themes of US feature film American History X meet true crime in miniseries NSU – German History X. The drama’s producer and directors discuss how they worked together to tell this real story from three different perspectives.

In 1998, American History X told the story of a former neo-Nazi who tries to prevent his younger brother from following the same path he did.

Almost 20 years later, the same right-wing themes are studied in a German miniseries that takes its inspiration from a series of brutal murders and the resultant trial that is still progressing through the courts system.

Police initially believed the deaths to be the result of infighting between immigrant communities, until links were drawn to three suspects and their right-wing influences.

The fictional series is based on the ongoing trial of Beate Zschäpe, one of the trio accused over the deaths of 10 immigrants between 2000 and 2007 murders. The other two both suspected of involvement killed themselves before they could be brought to trial.

Producer Gabriela Sperl explains: “It was the biggest series of unsolved murders in Germany, which was unprecedented because you have 10 murders and you make the victims look like they are to blame. Then, all of a sudden, you find two guys dead and it’s right-wing terrorism.

“Then we asked what do we do with something that’s unresolved – so we tell the story from different angles to get as near to the truth as possible. This is what we did and this is why we did a lot of research and digging and looking under stones. Now we’re further from the truth than we were in 2012!”

Each installment of the series, known locally as Mitten in Deutschland: NSU, focuses on a different aspect of the story, with episodes titled The Offenders, The Victims and The Investigators. Three directors – Christian Schwochow, Züli Aladag and Florian Cossen – then took charge of each film.

They attribute the idea of focusing each episode on a different perspective to Sperl, with the directors brought on board the project before any words had been committed to the scripts.

“We met with Gabriela quite a few times before the writers were involved and that was a great approach,” says Aladag. “From the beginning we were thinking about three strong perspectives. That’s why we liked Gabriela’s idea – we knew we couldn’t bring the whole truth to the story because it is still going on.” 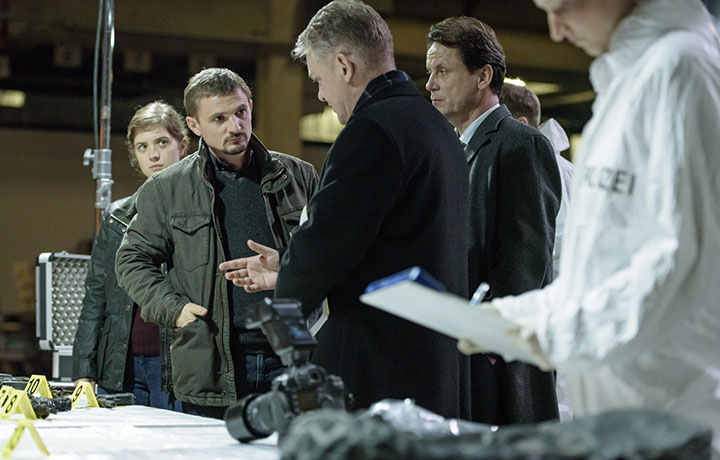 Schwochow continues: “If you see filmmaking as a quest for truth, perspective is one of the strongest tools you have. In this case, that was the brilliant idea. Gabriela said that if we told the story as if a coin had three sides – one from the side of the neo-Nazis, one from the victims and one from the state – you come to something in between those three parts that is maybe not the whole truth but is very truthful.

“The idea is not having one aesthetic concept or one author, but that every perspective stands on its own. You see three films that look very different but they cross over. When you look at all three of them, you get a brilliant idea of what 3D storytelling looks like.”

The directors also discussed the extent to which continuity should play between each episode, but the idea of one style or tone was quickly dismissed.

“Of course, we discussed whether the films should look the same and if we should have a miniseries where you can’t tell the difference – but if you want that, you shouldn’t ask three directors!” says Schwochow. “Each of us found our own way to tell our story. Sometimes just the three of us would meet so there was always a connection and an exchange of research.”

Cossen describes the events retold in NSU – German History X as “one of the biggest post-war political and criminal scandals,” adding to his desire to honour the victims through his work.

“They have been very quickly forgotten,” he says. “Just facts, numbers and dates – no human beings, no families, no biographies. So this is also to remember the victims who have been horribly treated by the German authorities, which can never be amended.”

The miniseries marks the latest show coming out of Germany that analyses the country’s past, following dramas such as Generation War and Deutschland 83.

“We have a very special history so we have special stories to tell and that shouldn’t be forgotten,” Sperl explains. “The fact that Nazi ideology is resurging is really frightening.”

As a result, the production, led by Wiedemann & Berg Television, was kept under wraps to avoid unwanted attention while the real trial continued its passage through the courts.

Sperl continues: “We kept it very quiet – we didn’t talk about it. We didn’t do any press and kept it very low key. We didn’t want to provoke any legal problems or for Nazis to disrupt the shooting. You never know.”

The subject matter led to several additional hurdles for the crew, however – the most notable of which was finding extras willing to play Nazis on camera.

“We had a challenge to find extras who would shave their heads and scream all that Nazi bullshit, to give their face for very little money,” Schwochow says. “We didn’t want to employ real Nazis. We had a person who did all the extras casting and one day she came up with an idea to ask all the left-wing supporters to take part and they helped us. All the people you see in the film are from the political left. That was a hard thing to solve because we had a lot of extras.”

Another challenge was the script itself, which the producers and directors determined must be authentic without turning the production into a documentary.

Aladag notes: “The challenge for all of us was to be precise, to be authentic, to have a great script. We worked on the script together until we were really happy with it. We didn’t want to shoot before it was finished. So each of us started really early. Shooting took six months to prepare.”

The directors also sought to make their own films stand out in their own way, creating new obstacles. Schwochow’s installment, for example, had no scored soundtrack, instead using Nazi rock music in the background.

Cossen explains: “The musician and the author recreated Nazi rock because we didn’t want to pay any royalties to real Nazi bands. But you hardly notice. You have to think how they think in order to not only make it good but to compose that kind of evil music so that it gets to you and works emotionally.”

Beyond the storyline and its direct resonance in Germany, Schwochow ultimately sees NSU – Germany History X as a warning against political and social issues affecting much of Europe as right-wing politics find new footholds in many countries.

“You don’t have to explain what’s going on in Europe at the moment but we’re facing so much racism everywhere and we’re building a fence around the continent,” the director says. “People should be very careful who they vote for and who they follow.”

He adds: “There are many things we want people to think about. There’s not just one focus. We’re also curious about what lies between the films – what’s not told is as important as what is.”