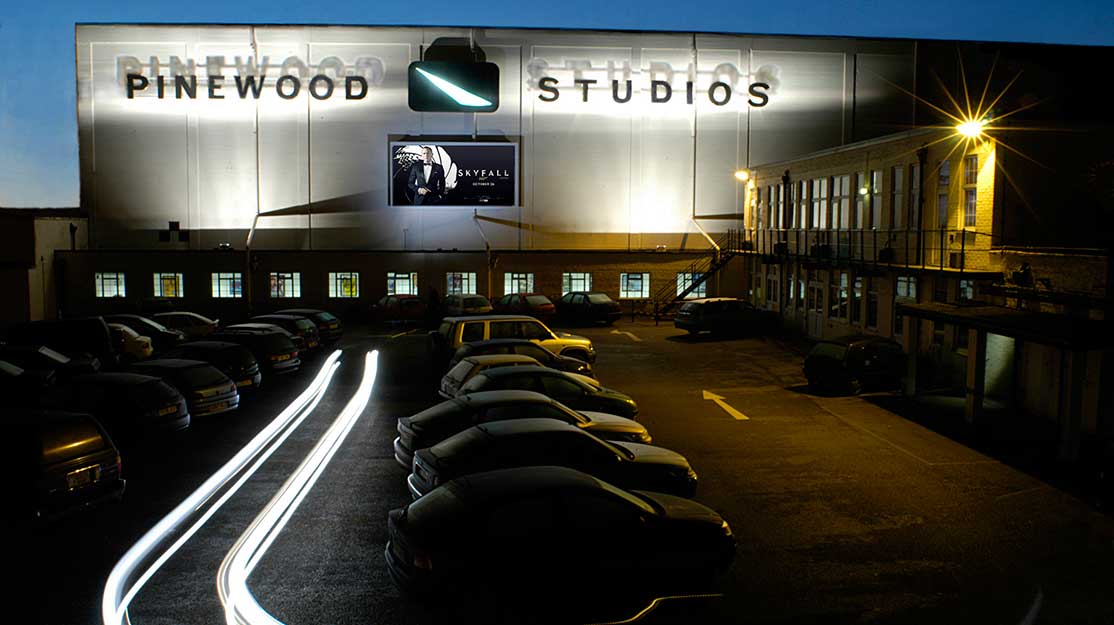 It’s considered the home of James Bond and was the location for filming The Da Vinci Code, Prometheus, Charlie and the Chocolate Factory – and a little film called Star Wars: The Force Awakens.

And now, buoyed by a blockbuster movie business and the increasing demand for high-end television drama, Pinewood Studios is setting its sights on the small screen.

With 37 stages set in 100 acres just a short train ride from central London, the sprawling studio last year won a long planning battle to double its size with a new 100,000 square-metre development, costing £200m (US$302m) and taking place over the next 15 years. The plans include 10 new studios and stages, workshops and street scenes for filming.

The scale of the project is all the more impressive considering that Pinewood was close to closure when a consortium led by chairman Michael Grade and CEO Ivan Dunleavy acquired the studios in the late 1990s.

“The night before we were due to sign (the takeover deal), it was disclosed that the only film booked had cancelled,” recalls Lord Grade. “There wasn’t one film booked. This place was a ghost ship. Fortunately, our financiers weren’t fazed by that. There was a renegotiation and we inherited a business that had no bookings. The order book was absolutely empty.

“Here we are 14 years later and we’ve got businesses all round the world. We’re doubling the size of Pinewood. We own Shepperton Studios. The business has at least trebled in size in that time and the sources of revenue have multiplied at least 10 or 12 times.”

In particular, Lord Grade credits television with helping to get the studios back in demand, beginning with BBC quiz show The Weakest Link. The Christmas episode of Channel 4 panel show 8 Out of 10 Cats is among the shows currently in production.

On the drama side, Pinewood’s D Stage was the setting for BBC1’s Esio Trot, Endor Productions’ adaptation of Roald Dahl’s novel, starring Dustin Hoffman and Judi Dench. Episodes of another BBC1 drama, New Tricks, produced by Wall to Wall, have been filmed on N Stage.

“One of the first things we did was to bring television in and we were talking about which stages we should turn into television studios,” Lord Grade says. “One of the differences between film and television studios is the floor, because in film they just nail things to the wooden floor, but in TV you need a lovely smooth, very expensive finish so the cameras can glide across the floor.

“Ivan rung me one weekend and said he’d been reading the history of Pinewood and discovered stages H and J were built for television. So we went down to H and J and there underneath the floor was the most perfect surface, which saved us a lot of money. We did very well early on with television but since then, film has overtaken the television business, although television is still a very important part of our business and we’ve spent a lot of money digitising and putting galleries in. Television is very important but it didn’t exist when we arrived.”

Walking through Pinewood, it’s impossible to ignore the studios’ storied history. From walking along Goldfinger Avenue and passing the towering 007 Stage to spotting posters for Bond’s latest outing, Spectre, and sci-fi classic Aliens, it is both thrilling and inspiring.

The sound of saws and drills and the smell of paint and varnish fill the air as work on the next production to begin filming at Pinewood gets underway. Pinewood is currently running at 87% capacity, and the lack of studio space is often described as the biggest problem facing the UK industry, with many films and television series forced to look elsewhere, often abroad, for production.

Pinewood also boasts a £1.6m underwater stage, with crystal-clear water kept at a constant 31 degrees Celsius in a tank that holds 1.2 million litres.

Elsewhere, the Pinewood Studios Group has studios in China, Toronto, Atlanta, Malaysia (the setting for Netflix’s Marco Polo) and the Dominican Republic. Its premises in Cardiff is specifically targeting high-end TV drama productions and was recently used to film FX drama The Bastard Executioner, created by Kurt Sutter (Sons of Anarchy).

“We are now the world’s leading independent film studio services company,” Lord Grade says. “We are the first port of call for anyone wanting to build a studio. We’re doing that in China, we’ve done that in Atlanta, and Toronto has been very successful for us.

“We wouldn’t have gotten to where we are today if it wasn’t for television. It’s been a huge accelerator. Our problem now is we turn more television away than we can get in because films are backed up now, which is really exciting.”

Lord Grade, whose previous roles include CEO of Channel 4, chairman of the governors of the BBC and chairman and CEO of ITV, says the nature of the TV business means it often loses out on studio space to feature films.

“All our stages are good for TV or film,” he explains. “The way business has gone the last few years, unlike the early days, it’s film producers that are ready to commit now much quicker than those making TV. The TV commissioning process seems to be last minute. We’re not going to hold stages for TV if there’s a film ready to come in and sign a contract. It’s first come, first served but there’s huge demand for TV that we can’t satisfy.

“Money’s much tighter in television today. Production budgets go up and up as audience expectations and directors and producers’ ambitions rise and rise. We used to make an hour’s drama in two-and-a-half days in the studio. It was multi-camera. These days you’re talking £1.5m to £2m an hour for primetime drama.”

As well as its studio business, Pinewood is also investing in original productions, both in film and television. Lord Grade says one of its first TV deals is for The Collection, a post-war fashion-house drama set in Paris and produced by Lookout Point, Federation Entertainment and BBC Worldwide for Amazon.

“The Pinewood brand and the knowledge and resources we have can be put to good use creating content,” he continues. “We’ve put our toe in the water – Pinewood itself has been investing in small British movies. We manage £55m in funds for clients to invest in film and television and, little by little, we’re getting a bit more confident and feeling that we can make things happen in the content world as well as on the facilitating side.

“It’s an area we’re keen to grow without putting our own balance sheet at risk. We helped to put the Spooks movie together and we’re gradually getting better and better projects coming to us. We’re a big part of getting a lot of good movies made, which we really enjoy. We want to expand that into TV as well because there are a lot of projects looking for deficit financing, which we can help with. It’s a natural extension of our business. We’re looking at deals producers bring to us looking for finance.”

While films remain box-office business for Pinewood Studios, its huge expansion and investment in original content means it no longer seems far-fetched to suggest a big-budget TV drama might one day be filmed on the 007 Stage – giving writers, directors and producers even more licence to thrill.