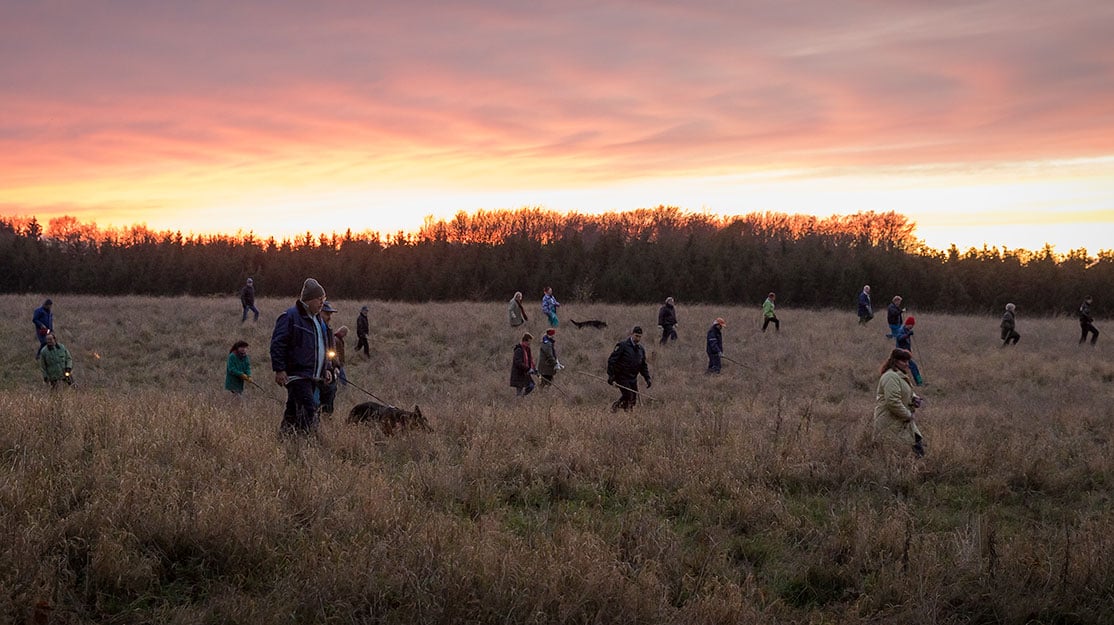 The creative team behind Swedish true crime drama Jakten på en mördare (Hunt for a Killer) reveal how they sought to dramatise the story of the murder of a 10-year-old girl and the 15-year investigation that finally caught her killer.

On the heels of real-life crime drama The Investigation, which debuted last month, Swedish pubcaster SVT is now continuing its interest in the genre with the launch of Jakten på en mördare (Hunt for a Killer).

The six-part series explores the murder of 10-year-old Helen Nilsson in Hörby, southern Sweden – a seemingly impossible case that remained unsolved for 15 years. On the March 1989 night when Helen disappeared, there were around 20 suspected paedophiles living in Hörby.

This is the backdrop to the story, which follows the unwavering journey of police officers Per-Åke Åkesson and Monica Olhed, who led an investigation team that solved numerous homicides in southern Sweden and who would eventually beat the odds to find Helen’s killer.

Produced by Yellow Bird and distributed by Banijay Rights, the project comes from writers Helen Lindholm and Lotta Erikson and is based on the book of the same name by Tobias Barkman. Mikael Marcimain (Liberty) is the director.

“When I started here in 2017, I really started to dig into true crime stories,” says SVT head of drama Anna Croneman, speaking during a session about the show at French television festival Série Series earlier this year. “I read this book and came into my first development meeting and told everyone we had to make this. They said it had been in development but turned it down. I could see there was an audience we haven’t been able to reach and I saw a possibility to find them with true crime.”

For Lindholm, the birth of the project dates back even further, to when she first approached Barkman about adapting it a decade ago.

“There’s a crime story but also another story about Sweden and our modern history,” she says. “It’s important to show people what they might have forgotten. That’s one of my aims when I write and produce. It took 15 years, this investigation, but time has gone by since the book was written so there was time to think about what really happened. I saw a very dark story but one with closure and with people who make a difference with our two police officers in the main roles.”

Lindholm says it was always clear to her that the story should be told from the perspectives of the two officers, and that it should unfold as a ‘whydunnit’ rather than a whodunnit.

“I also knew I wanted to use transcriptions from the actual interrogations. My aim was not to make any judgement; I wanted the audience to listen to what people had to say and make their own opinions,” she continues. “The way I approached this was to have control of the story [using the facts] and then you feel the liberty to add what you need. It’s very easy to lose control if you don’t master fiction and reality.”

Development of the series began when Lindholm contacted Åkesson, one of the police officers at the centre of the story. Research then continued while director Marcimain also joined. “The story was there from the beginning but we added things along the way,” Lindholm says. “It was also done in close collaboration with SVT about what we could do and say. These decisions we have taken together and it’s been a very good collaboration.”

This wasn’t the first time Marcimain had been approached about helming the series. “The first time, this project had a different shape,” he says, recalling a three-part format that was pushed aside before Lindholm contacted him again with a draft for the new six-episode version.

“Having worked for SVT before, I jumped on it,” he admits. “When I first read the script, it was a very good, solid script. They had already written a lot of drafts. Then when they got the greenlight from SVT, we sat down over a couple of weeks and went through every episode in detail, which I like to do, going through not only descriptions but dialogue. Having worked with Helen before on Lasermannen [The Laser Man, 2005], we knew each other and it’s important when you work in a group that you can go in one direction together. I felt that was the situation here.”

The director revisited Barkman’s book during his own research and says that even though he was not making a documentary, he sought to create a series that was grounded in reality, from casting to costumes and sets.

“I’m a big fan of telling stories that have recent Swedish history as a backdrop. Our intention aesthetically was not to make a Swedish noir but to make a dark drama that had crime elements and stayed true to the facts,” Marcimain says. “It was fantastic for me as a director to have such freedom with the cast, and what was also fantastic was we didn’t have to have a star. We could let the story be the main character and choose actors we thought would be fantastic for the part.”

Indeed, there was strategic decision not to put a recognisable Swedish star in one of the leading roles, with a cast including Anders Beckman (Midsommar), Lotten Roos (Bron), Håkan Bengtsson (Wallander) and Rasmus Troedsson (The Restaurant). “There’s lots of splendid actors but we worked hard to find ones who were less exposed,” Marcimain continues. “We worked very hard with a lot of amateurs to find authenticity in the story. Dialect is also very important, as the story takes place in south of Sweden, and with many different dialects in that region, we worked to find the right dialects for the right characters.”

The production team worked closely with police, interrogators and forensics experts during development to find the nuances and details that would make the series as authentic as possible. They also spoke to Olhed about the script and discussed how she felt during the investigation.

“Forensics experts were an extremely important part of solving this case,” Marcimain says. “They showed us a number of still photos of the case; it was very well documented, so we had access to a lot of real photos and documents, and with that came the sense of how locations should look. We couldn’t shoot at the real locations, both for practical and ethical reasons, but we were very inspired by those photos and the sense of Swedish society we found in those pictures, plus a lot of research we did around that period about how they dressed and had their hair.”

Though the story follows the police throughout, there were also questions about how much the killer should be shown. “Many people know who the killer is but a lot of people don’t,” Lindholm says. “We had to adjust the story so you get a glimpse of the killer during the six parts, but following the police was the main thing.”

“I like very much how this story feels real from the script. A and B don’t lead to C,” Marcimain notes. “It’s not just a story about a killer who killed a young woman. There are so many lonely young men in one area who committed a lot of crimes. What’s fascinating and made the script a puzzle is that it unfolds in ways you cannot predict.”

For Croneman, the series also talks to a change in Swedish society she believes viewers at home and abroad will be able to recognise, ensuring this drama – which debuts on SVT on November 15 – stands out from other true crime series.

“This story tells us something about a change in society that took place all over Europe but this is specifically about Sweden,” she says. “It’s about a rural area that got left behind and people who couldn’t make the transition into the modern world as we see it today. It’s relevant in so many aspects as well as the murder story, but it’s also a well-told story and a very good script, and is something that will travel [internationally] as well. It’s something unique in this genre.”