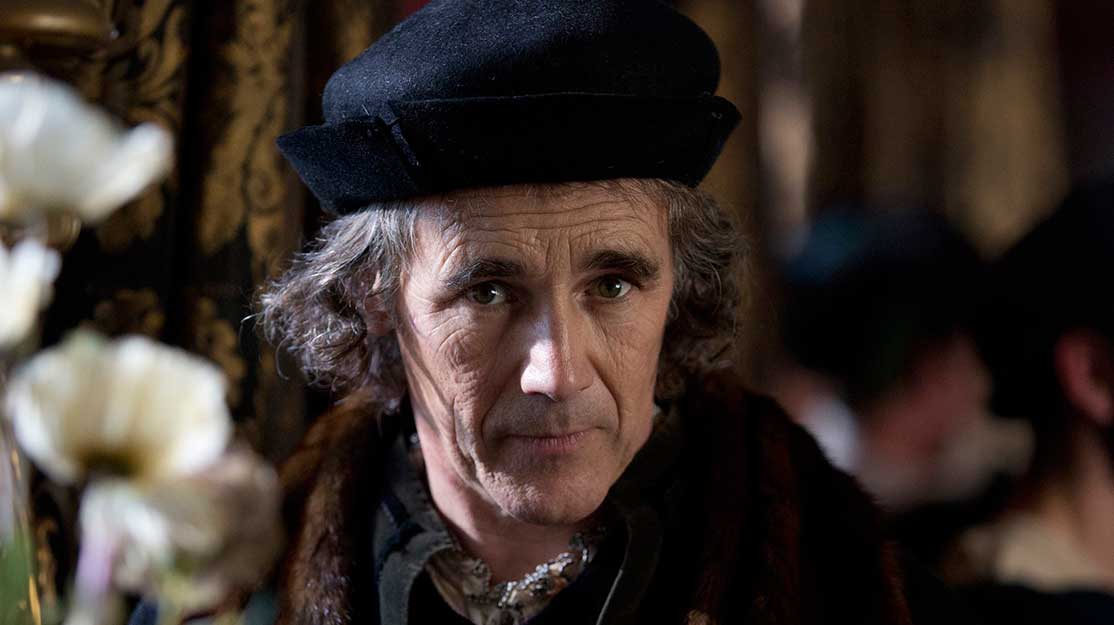 Leader of the pack

BBC2’s adaptation of Hilary Mantel’s Wolf Hall delivered the channel its best ratings for a drama series in more than a decade and won fawning praise across the board. DQ caught up with the creative talent behind the camera.

Distilling more than a thousand pages of Booker Prize-winning prose into six hours of television is no mean feat. Trying to condense the reasons behind the success of the BBC’s version of Hilary Mantel’s Wolf Hall and Bring Up the Bodies is rather easier: outstanding source material; an Oscar-nominated screenwriter; a multitudinously decorated director; a world-class cast; and an executive producer who ran HBO Films for almost a decade – a role for which he received recognition in the Queen’s Birthday Honours list.

There are other factors: its “sumptuous settings and jaw-dropping attention to detail,” to quote The Daily Mail, a normally staunch anti-BBC tabloid whose review wondered if the series, which combines both books, might be “the greatest period drama ever.”

For the uninitiated, Wolf Hall (2009) and Bring Up the Bodies (2012) are the first two novels in Mantel’s intended trilogy (the third, The Mirror and the Light, has yet to publish) telling the story of Thomas Cromwell’s rise to power as the right hand to Henry VIII through the first half of the 16th century.

Wolf Hall was the first book to which Colin Callender optioned rights when he set up Playground Entertainment after leaving HBO in 2008. Inevitably, there was plenty of competition but Callender was able to win the author over.

“I spent a lot of time with Hilary talking about how it could be adapted for the screen,” he recalls. “She had taken the form of the historical novel and really shaken it up and I thought there was an opportunity to do the same in television – to create a historical drama for the post-Sopranos, post-Breaking Bad audience.”

Peter Straughan, best known for movie adaptations including How to Lose Friends & Alienate People, The Men Who Stare at Goats and Tinker Tailor Soldier Spy, came on board as scribe but only after he was told the project was set for television.

“When I first got sent the book, I thought it was being suggested as a film and I was going to say no,” he reveals. “It does sometimes happen that you get a book which is simply too large a canvas to fit into a film-sized pot. But when they told me it was for TV, I said I definitely wanted to do it.”

Straughan had never worked in the medium before. “I’d never been given six hours to write a drama, and for a writer it’s a great place to be,” he says. He broke the novels down into half a dozen “mini films” – each with their own beginning, middle and end that needed to be slotted together to form the overarching canvas – and worked closely with Mantel, whom Straughan says was “helpful, constructive and generous all the way through… never intrusive or dictatorial.”

“The good novelists understand the process and know a slavish adaptation usually won’t make a good film or TV series,” he adds. “Hilary was certainly one of those. She was completely open to any change and I would usually run things by her and always send the episode as soon as I’d finished for her notes.”

The resulting series, starring Mark Rylance (main image) as Cromwell, Damien Lewis as Henry and Claire Foy as Anne Boleyn, is an intense, brooding piece of television, which lingers on the characters’ expressions and is as much about the silences and shadows between them as it is the whispered politicking and slow-burning menace of a king who is disarming in his vulnerability but primed to ignite at any time.

“It’s been a long time since we’ve had a drama that’s challenged the perceived notions of what tempo needs to be in television,” says Straughan. “There’s a kind of fear behind that, which I think is about ‘we’re going to lose the audience any second if we don’t do something quickly.’ So it was interesting to say we’re not going to do that, we’re going to go at a different pace, a different metabolic rate, and see whether a large audience would go with that. Luckily it seems they have.”

Indeed, Wolf Hall became BBC2’s highest-rating drama series in more than 13 years when it concluded in March this year, while coproducer Masterpiece began airing it in the US in April.

Straughan refers to a “post-HBO, post-Breaking Bad confidence” in TV drama, and the experience of working in the medium has encouraged him to explore other projects, potentially penning a pilot for HBO with Tom Hanks’s Playtone to bring Philip Kerr’s Berlin Noir novels to the small screen.

“The adult, interesting, complex stories that you used to be able to expect from cinema, you now find in television,” he says. He believes TV is “the writer’s medium,” whereas film remains firm directors’ turf.

Peter Kosminsky has worked in both and won countless awards in each, but he was slightly surprised to be asked to direct Wolf Hall – his first period drama.

Kosminsky is celebrated for contemporary political dramas such as The Government Inspector (2005), which also starred Rylance, and The Promise (2011), starring Foy, but his career as a filmmaker spans three decades.

Wolf Hall is all about the politics of the Henrician court, he points out, and while he had read the books when they were first published, it was Straughan’s adaptation that convinced Kosminsky to sign up. “I read a lot of scripts – dozens every year – and I think they were just about the best I’ve ever read,” he says.

They were only first drafts, too, Kosminsky notes, making them all the more extraordinary. He talks about Straughan’s “apparently effortless distillation” of Mantel’s “densely typed prose.”

“Peter had rendered this into six hours of television without any sense of hurry or confusion. It seemed to go at a very measured pace and yet I wasn’t particularly aware of any major strands that had been excluded. Once I read those scripts, there was really no doubt in my mind this was something I wanted to do.”

If one of the hallmarks of Wolf Hall is its meditative, cerebral tempo then the decisions Kosminsky took behind the camera and in the edit suite are as much responsible as Straughan’s writing. “In filmmaking terms this is not an adventurous piece,” says the director. “Most of the scenes are two or three people sitting in a room talking to each other, so we had to think about how to give it some kind of style, how to make it feel unusual and fresh. We wanted to get a strong sense of atmosphere and, if possible, of silence. We wanted the silence of the rooms, the silence of the pauses between words to be a character as much as the words themselves.”

Kosminsky says this was something that naturally developed, rather than being imposed. “We rehearsed and then I let the actors play in front of the camera and I tended not to give them notes. I liked the pace at which they played the drama. It seemed to me it showed the complexity. You could see the wheels turning as Cromwell, who’s faced with death on a number of occasions, tries to decide on the safest course of action.”

Wolf Hall is very much about watching those wheels turn and the precision with which Rylance engineers them. The actor is in every scene, points out producer Mark Pybus, praising the former Globe Theatre artistic director for his stamina.

“In the novels you’re very much inside Thomas Cromwell’s mind and even though it’s not written in the first person, it somehow feels as if it is, and that’s one of the magic tricks Hilary pulled off,” Pybus adds.

“We wanted to give you Cromwell’s viewpoint. In order to convey that to the audience, you have to enter a room with him to establish we don’t know information before our lead character does. We experience events in that room with him and we leave with him. As a result, you have travelling shots in and out of rooms to get that sense of being on his shoulder.”

Part of the character’s allure, says Pybus, is that he was famously a man who gave little away. Therefore a voiceover would have been inappropriate. “With an actor like Mark Rylance, the subtlest hints are given but you have to have the right pace for those to come across. If you quickly cut between scenes, you lose those magical moments where suddenly it becomes clear what Cromwell was thinking.”

Just about the only point for which Wolf Hall faced criticism from British reviewers was its occasionally dim lighting, due to a reliance on real candles – something only made possible by the latest Arri Alexa cameras. But the reception was otherwise almost universally favourable. Kosminsky admits all involved were “slightly taken aback by the reaction” – even himself, after such a long career.

“It’s a difficult book and we didn’t set out to dumb it down, we set out to confront its difficulty. We expected this to be appreciated by a small group of devotees, quickly dumped by the rest of the viewing population and largely ignored by the popular press. Nothing in 35 years in television programme-making has prepared me for the scale of the response, so I’m slightly unnerved by it and still trying to come to terms.”