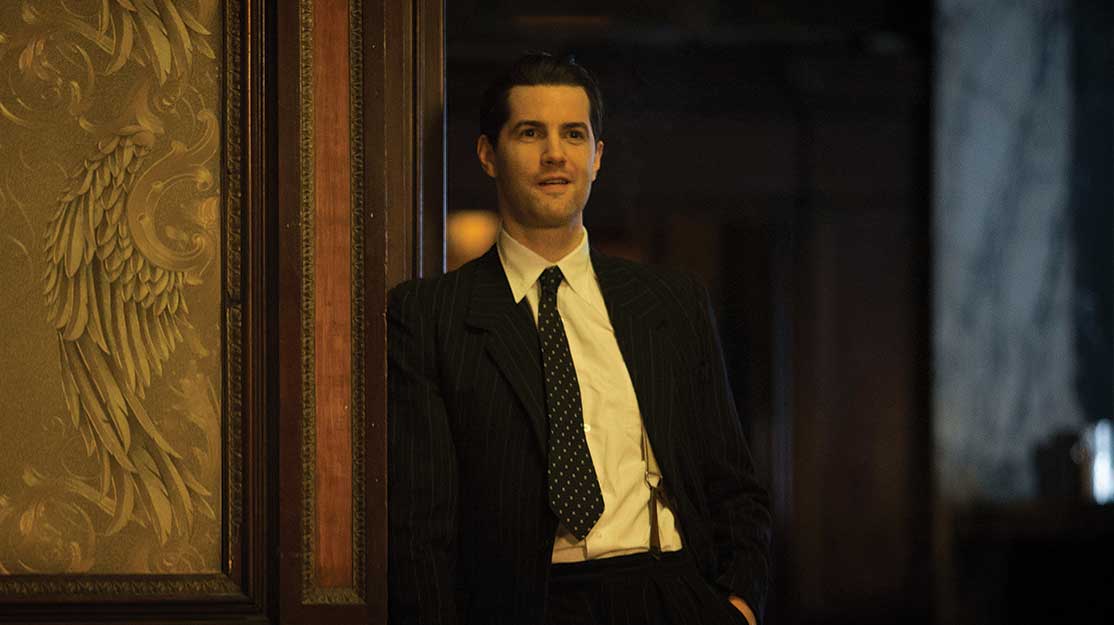 Look to the past to find a good story, says Stephen Poliakoff, as a bomb-damaged hotel in post-war London provides the stage for his latest BBC drama, Close to the Enemy.

In this burgeoning world of multinational, cross-cultural scripted drama – where Canal+ makes Versailles as an English-language show, Deutschland 83 plays on US primetime and Scandinavian writers and directors are in charge of half the UK’s output – there’s a risk that nations will forget exactly what’s unique about their home-produced drama.

In the UK, if they ever forget, they can simply watch the latest from Stephen Poliakoff: the patron saint and reigning heavyweight champion of high-quality British drama.

In a career that’s ranged from radical 1970s theatre through intense movies about incest to scathing assaults on the nation’s disregard for its own culture and history, Poliakoff’s early years were spent writing for the stage and the big screen.

For the past 20 years, however, he has concentrated on writing and directing for television. Quirkiness and eccentricity have always been present in Poliakoff’s work – his love of elaborate montage sequences, odd juxtapositions of sound and image, and extended narratives have always seemed more comfortable on serialised television than his earlier, slightly over-complex movies.

For his latest project – Close to the Enemy, pictured top – the writer effectively mounts a dramatist’s investigation into the post-war recruiting of Nazi scientists to serve the West. It’s becoming a theme of Poliakoff’s work – revisiting the crucible of the 20th century with ambitious projects about appeasers in the British ruling elite like Glorious 39 or the overlap between the Jazz Age and fascist princes in Dancing on the Edge. Where do such ideas begin?

“I usually start with a moment in time – in this case when the victorious Allies, the Americans, the Russians and the Brits, were literally seizing scientists off the streets of Germany, bringing them over here and giving them new identities so the world didn’t discover what they’d been up to during the war,” he explains.

What follows is a period of intense research from the sweeping vista of history to the daily minutiae of life. Poliakoff worked through the history of these street snatches – the British nabbed several hundred, which was dwarfed by the industrial scale of the Americans and the Russians, who took thousands – but also realised that, despite the tradition of post-war movies showing London as grey and foggy, the reality was that the absence of so many buildings meant the light was blindingly bright, and this shapes the look of the show.

“I start with the situation but then try to develop it into a gallery of memorable characters facing complex decisions in difficult situations. At seven hours, this is the longest thing I’ve ever done so the story has to be as compulsive as you can make it. I try to work purely through character, rather than making ranty points about torture or war crimes. I mean, it is fascinating that we were torturing people after the war but it’s not the real journey of the show.”

The son of a Russian émigré businessman and aristocratic Anglo-Jewish actor, Poliakoff was packed off to boarding school in Kent at the age of eight, where he encountered plenty of low level anti-Semitism – both putting him at the heart of the elite and giving him an outsider’s perspective.

Some argue that his education explains the leeway he has at the BBC – suggesting a sort of old boys’ favour system that allows him the scope to deliver slow-moving but compelling dramas like Shooting the Past, which flew in the face of accepted broadcasting wisdom at the time.

Although it’s true, Poliakoff concedes, that the BBC grants him an enormous amount of freedom, he insists he won this himself: “I think the BBC trusts me and I hope it has been mutually beneficial. The great thing about that freedom is that I can cast whom I like and I actually have a very good track record of discovering stars – I’m like a talent spotter for the BBC.”

Poliakoff gave early breaks to Gemma Arterton, Tom Hardy, Matthew Macfadyen, Rebecca Hall, Ruth Wilson, Clive Owen and Emily Blunt, who won a Golden Globe for her role in Gideon’s Daughter. The BBC consulted him over casting Jenna Coleman as Doctor Who’s most recent assistant, Clara, after he helped discover her in Dancing on the Edge.

“There are one or two people in the show I have worked with before – Lindsay Duncan and Alfie Allen, for instance – but I’m new to Highmore, Sturgess and Riley and I think I’m giving them breakthrough roles,” Poliakoff says. “They’re all strong talents but I think you’ll see them differently after this piece.”

Poliakoff has cast and directed all his own work for the past 25 years. “It’s always an interesting exercise in a project when you move from being its writer to its director, but it does mean all my work is made on a brutal schedule,” he explains. “That’s partly why I do a lot of rehearsal. Some people do a week, but I do three weeks and I do everything in my power when we hire actors to persuade them that is part of their contract,” he says with a quick grin.

“I’m slightly surprised more people don’t do that. It doesn’t cost a lot of money, because the actors get rehearsal pay that isn’t reflective of their fees for the main shoot. So it’s quite a small investment but it pays off enormously. It helps to build up the actors’ confidence and it helps me to realise what I have written, too. It’s a sleight of hand really. You can achieve the quality of a feature film on the budget of a TV series.”

Another trademark Poliakoff technique is his extensive use of location – to keep costs down and to avoid overusing CGI. With Close to the Enemy, this was especially complex, as the show is set in heavily bombed post-war London.

“I was very keen to make a period show with hardly any CGI because I think CGI tends to make all period drama look a little bit the same,” he argues. “You show panoramas that are like animated paintings and viewers don’t quite believe it. A bombed London with virtually no CGI meant shooting among real destroyed buildings – and there are none in London so we shot most of it in Liverpool with other wrecks around the country. That posed a lot of problems with the schedule but it was worth it – the places really looked like they were bombed.”

Poliakoff is hands-on when it comes to location scouting – in part because a good location can influence his writing. In the case of Close to the Enemy, the team found the hotel at the centre of the story before he’d finished all of the scenes set within, and the building shaped the script to some degree.

“The danger of looking for locations before you’ve written them is that, if they fall through, you’ve already written rough sequences and you then have to adapt the whole script,” he says. “But that’s the great advantage of being a writer-director – you can swim with the tide of the production more easily.”

Despite these local details, Poliakoff is keen to stress that Close to the Enemy isn’t just a British story – he’s cast German actors in all the German parts, including Inglourious Basterds star Diehl as an ex-Nazi jet expert. The same goes for US parts, although Brit Charlotte Riley takes the prime American role.

It’s tempting to think it’s this global element that persuaded US broadcaster Starz to coproduce with the BBC. In fact, Poliakoff has already done surprisingly good business for the Spartacus and Da Vinci’s Demons network, with Dancing on the Edge picking up three Golden Globe nominations back in 2013. Is this Anglophilia pure and simple? Poliakoff doesn’t think so.

“If you tell good stories about the past, they resonate with people today,” he insists. “If you look at the events in Close to the Enemy and compare them to the situation in the Middle East now, you can see that the sense of your enemy becoming your immediately useful friend as soon as circumstances change never leaves us and is as perilous to the world now as it ever was.”

The key thing for any creative in this time of opportunity, Poliakoff argues, is to stick with your tried and tested ways – without trying desperately hard to please the entire world, tempting though such success may seem. “Everyone wanted a sequel to Dancing on the Edge,” he points out. “The BBC in particular was keen on another chapter, as it did quite well for it. But I don’t like sequels – I like to keep moving, to visit new stories and characters. As long as they are colourful and compelling, people want to watch.”