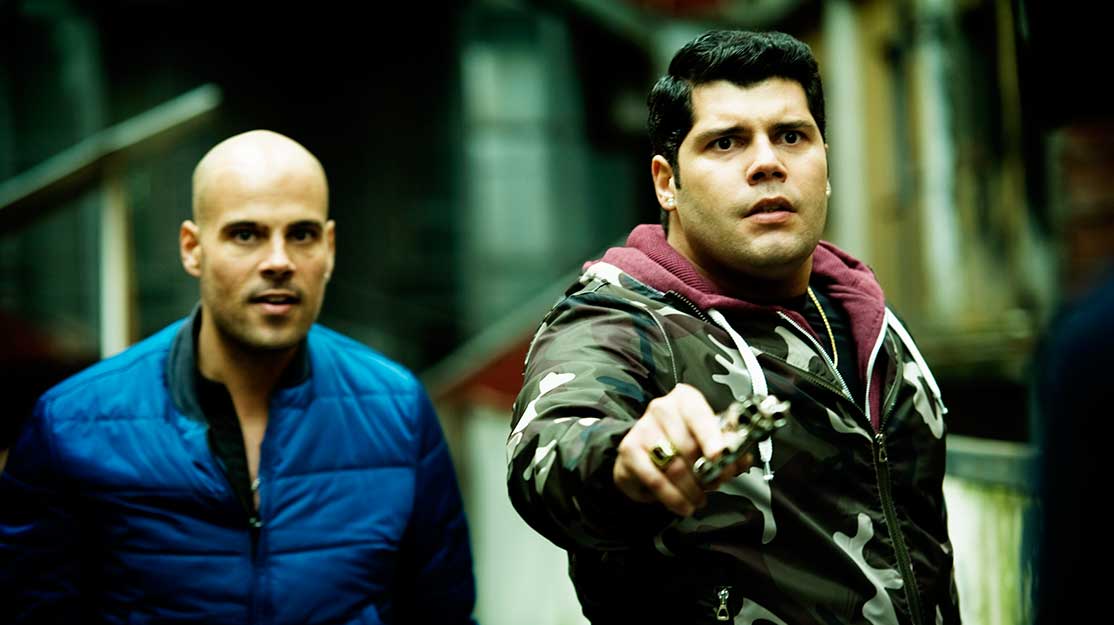 Keeping it in the family

Hard-hitting Italian crime drama Gomorrah has been hailed as one of the best TV shows of the decade. Michael Pickard speaks to the series’ writer and co-creator Stefano Bises.

If you believe Ricky Gervais, there’s an Italian drama that stands side by side with critical and popular hits such as The Wire, The Bridge and The Sopranos and could even be the “TV show of the decade.”

Gomorrah (or Gomorra as it’s known in its native Italy) debuted to huge success when it launched in spring 2014, drawing 700,000 viewers to Sky Atlantic and Sky Cinema – twice the number achieved by established crime drama Romanzo Criminale.

The ratings justified the hype surrounding the series, which had already been sold around the world – Sky in the UK and Germany, Canal+ in France and HBO in Scandinavia and Latin America were among the buyers – before an episode had aired.

And it continued to grow through its first season, with 900,000 viewers tuning in for the 12th and final episode in season one, according to overnight ratings. That figure grew to 1.2 million after replays were included. Season two then kicked off in May this year with 1.3 million watching the season premiere, the highest ratings ever for a Sky Italia series and above and beyond the number of Italian viewers watching US shows such as Game of Thrones.

While series such as Romanzo Criminale and Inspector Montalbano have established themselves as international hits, it is Gomorrah that has now become the calling card for Italian drama worldwide, with distributor Beta Film selling the fast-paced and explosive series into 130 territories.

The show is now set for its US debut on SundanceTV on August 24 – but what it is about this Mafia story that has proven so popular at home and abroad?

Based on the book by Roberto Saviano (which also inspired a 2008 film directed by Matteo Garrone), the series follows the members of the Savastano clan, one of the most powerful and influential Neapolitan crime families. When the head of the family, Don Pietro, is jailed, second-in-command Ciro Di Marzio is forced to adopt his mentor’s violent methods while grooming Pietro’s son Genny to take control of the empire. Along the way, he must deal with Genny’s impulsiveness, Don Pietro’s wife Lady Imma, the family’s growing unrest without its godfather and rival organisations set on claiming Savastano territory.

Produced by Sky Atlantic, Cattleya and Fandango in association with La7 and Beta Film, Gomorrah is written by Stefano Bises and directed by Stefano Sollima, Francesca Comencini and Claudio Cupellini.

The series was developed for television by Saviano, Bises, Giovanni Bianconi, Leonardo Fasoli and Ludovica Rampoldi – and Bises says he never expected the acclaim Gommorah has received since its debut two years ago.

“The book by Roberto is surrounded by different feelings,” he explains. “Part of the country is for him and supports him and his job, but there’s another part that is against it because they say he’s always writing and telling stories that show the worst part of our country. It’s not good publicity. So we didn’t know how people would receive it. We had a lot of problems from politicians and people who were saying, ‘You’re speculating on our problems, you’re picturing Naples like Hell,’ but there were many other people who said the standard of the series was, for the first time in Italy, an international standard.

“We had a huge success with the second season, much better than the first – and the second season is always more difficult because you lose the freshness and viewers have already seen that world. But Sky doubled the audience from the first to the second season, which was huge for us. We were trending on Twitter the evening Gomorrah was broadcast – that’s unbelievable for an Italian series.”

One of the initial challenges of the project was separating the series from not just Saviano’s bestselling book but also the movie of the same name, which meant Bises and director Sollima had to find a new story to tell in the same Neapolitan setting.

“We had to give a new picture of that world so we said, ‘Let’s choose a family, let’s tell a basic story with an old boss who’s feeling he’s getting too old to maintain power,’” Bises explains. “He has a son who’s not ready to take his place and we introduced an illegitimate son who is brave and capable of driving the kingdom. There were very classical elements used to build the story and then we dropped it in Scampia Secondigliano [a northern district of Naples] and it works. It was very simple; it was a very basic plot. The characters were very classical to watch – it was like Shakespeare in Naples.”

During development, Bises and Sollima visited Scampia Secondigliano together before building the characters and the story. But the writer admits it wasn’t until they began watching the daily shooting footage that they began to fully understand the characters they had created.

“Often in the night I went to Naples when Stefano was shooting,” he recalls. “We saw the dailies and then we understood a lot of things – for example, the friendship between Genny and Ciro is born not in the script but from viewing the first footage. We decided to do it like they were two brothers because they work so well together. It was day by day, building brick by brick, and on the second season we were much more aware of what we were doing.”

One of the show’s strengths is its Neapolitan setting, grounding the characters and their actions against a real location – though filming in Mafia-run districts of Naples was not without its problems.

“It’s one of the main characters of the series,” Bises says of the show’s location. “The director of photography, Paolo Carnera, did a great job photographing those neighbourhoods because they are an unbelievable set – and they’re real. The first season was very difficult to realise because while we were shooting there was a war on the streets. We would have a plan [for the next day’s filming] and during the night someone would call us and change the plan because two people had just been shot and killed on the street, so it would not be a good idea to shoot there tomorrow.

“There were 10 or 12 deaths during shooting for the first season but for the second season, the major problem was we were always surrounded by kids with smartphones who wanted to film our actors.”

The shocking real-life events that took place in this northern hub of Naples often informed the series, however, with Bises explaining that true stories were always the starting point for the show.

In fact, writers from the show would regularly venture into the city to collect and research stories. But this meant they often had to find two or three sources to collaborate the same information, such was the possibility that sources would present a version of events that could help them in a fight with another Mafia family.

“There are so many unbelievable stories right there,” he continues. “Our problem was working out how to make things authentic for viewers. People would never believe they were true! Another problem was the real people who inspired the characters. [We had to make sure] they wouldn’t recognise themselves in those characters because that might put [people involved in the show] in danger, but we always took inspiration from reality. It’s much more powerful than any imagination.”

Looking ahead to season three, Bises, who has written the plot outline, admits that while the show’s success has meant production is now a much smoother process, new challenges often emerge.

“The only problem we have now is keeping people away from the set,” he reveals. “We had a problem on the last season finale when there was a big plot secret that we kept for months. On the day of broadcasting the last episode, we discovered someone was on a roof where we were shooting and he was able to catch some pictures of two guys in a duel. So on the internet they were saying, ‘Who’s killing who? Who’s dying?’

“So that’s the biggest danger right now on the production side. On the writing side, when you come from big success, you always fear being unable to reach the same level. You have to not think about that and think of doing something surprising, like we did in season two when we killed off many main characters. People were so upset, they called us crazy for killing their favourite character. But it’s always the reality that drives you – we were telling a period of that struggle where all the bosses were killing each other.”

Bises is now dividing his time between other film and TV projects, including an adaptation of Niccolò Ammaniti’s novel Anna. He is also involved in planning for a potential second season of Paolo Sorrentino’s The Young Pope, which stars Jude Law and will air on HBO, Sky and Canal+ later this year.

There are also plans for a fourth season of Gomorrah, with the writer adamant that there are plenty of as-yet-untold stories capable of keeping viewers on the edge of their seats.

“I don’t feel comfortable comparing it to masterpieces like The Wire or The Sopranos,” Bises adds. “It’s just an Italian gangster movie, but it shows we can do something good when we tell our own stories. This is a country that is full of stories. The Mafia is strong everywhere in the country. We would be missing our duty if we were not telling these stories.”