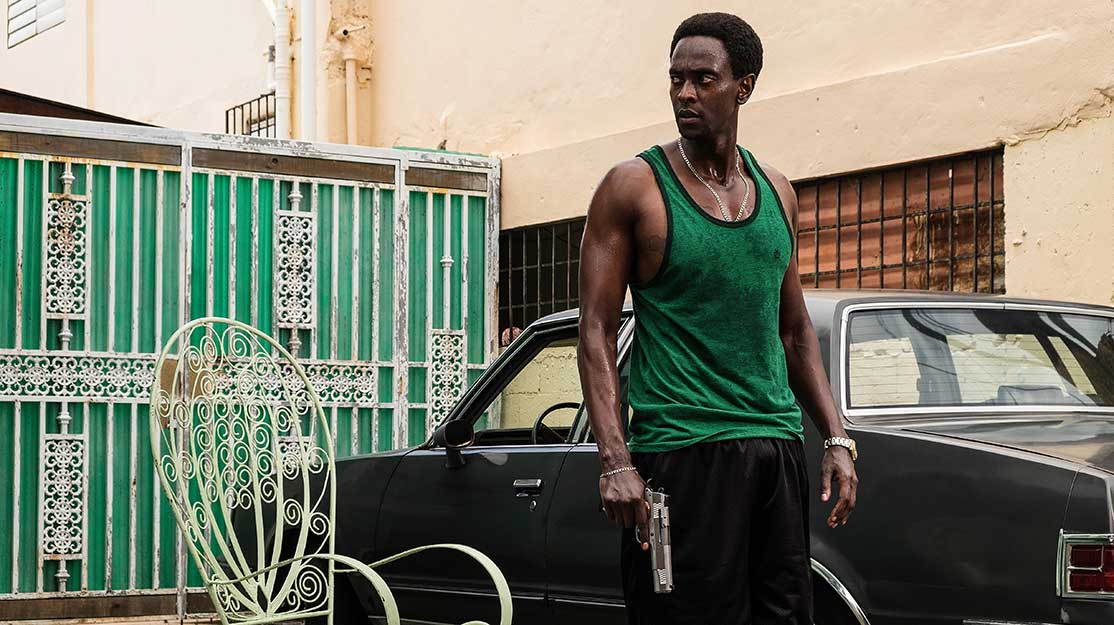 Silicon Valley meets The Wire as technology and crime clash in StartUp, US SVoD platform Crackle’s latest original series. Creator Ben Ketai explains why the world of cyber currency is the perfect setting for this 10-part thriller.

The murky worlds of technology and hacking have proven to be fertile grounds for TV drama in recent years. This trend is best exemplified by the success of Mr Robot, USA Network’s original drama that was one of the success stories of 2015 and scooped the Golden Globe for best drama earlier this year.

Other examples include Halt and Catch Fire, AMC’s period piece that dramatises the personal-computer revolution of the 1980s and is now in its third season.

For five seasons, CBS crime drama Person of Interest saw the use of a computer to predict the victims and perpetrators of future crimes, while on the same network Scorpion brought together a team of genius misfits to act as the last line of defence against modern, high-tech threats. The show’s third season launches next month.

The most recent spin-off within the CSI franchise, CSI: Cyber, also saw Patricia Arquette investigate tech-based crimes for two seasons on CBS between 2014 and this year.

The latest entry in this genre is StartUp, a 10-part thriller that merges the tech world with the traditional crime drama for US SVoD platform Crackle.

“With these characters and the subject matter, it’s not the sort of thing you see every day,” admits creator and executive producer Ben Ketai, who also writes and directs on the series.

Ketai had previously worked with Crackle on Chosen, the streaming service’s action-thriller that stars Milo Ventimiglia as a lawyer who discovers he has been selected by a mysterious organisation to play a deadly game whose players must kill or be killed.

So the platform was the natural home for Ketai’s next project, in which he wanted to explore how tech is changing the face of crime and organised crime in the 21st century. The result is StartUp, which he describes as “Silicon Valley meets The Wire.”

Filming for the show, which landed on Crackle on September 6, took place in Puerto Rico between January and May this year.

And at the centre of the story is GenCoin, a brilliant but controversial digital currency created by Marrero’s unorthodox tech wizard Izzy.

“We did a lot of research,” reveals Ketai. “One of my favourite parts of the job is doing research. In what other job do you learn about so many things at once? It was great becoming a student of crypto currency [a digital currency that operates independently of a central bank].

“There are certain things out there that are very difficult to wrap your head around unless you’re a tech person. It took six months of research to hone what was important about Bitcoin and other digital currencies and how big the gap was between Izzy’s idea and it really existing. We consulted with a lot of experts and they assured us it was within the realm of possibility. It’s very exciting to us that it’s feasible.

“Season one is focused on the idea that the American dream doesn’t exist anymore, it’s been stolen, and sometimes to be good you have to do some bad. That’s the theme that ties our characters together.”

It wasn’t just the writers who had to understand this new tech world, with the cast and crew also requiring a crash course into the world of crypto currency – something Ketai describes as the biggest challenge of the series.

“It’s not something you easily translate to a cast and crew,” he explains. “It’s hard enough for the writers, and then you have a 150-strong production. Everyone has to speak that language. That was a big challenge, being able to tell a story this big with the references we had, but we had an incredible cast, crew and producers. We’re fortunate to have such a wonderful group of people because, without that, there’s no way you pull this off.

“Like other shows, we all have to take some creative licence to make it more compelling for the viewer. We want to service the tech world to the best of our ability, but what comes first is the story and the characters.”

Among those characters is FBI agent Phil Rask who, over the course of the first season, plans to take a journey to “the very pit of darkness” to take down the unsuspecting trio he is tracking. And to play Rask? There was only ever one actor in mind.

“Martin Freeman was the natural choice from the start,” Ketai reveals. “When we started developing the character, we always wanted to cast against type. We’ve seen corrupt FBI agents before so we wanted to find someone that would be surprising to us and the viewers. I’ve always loved Martin. I’ve only seen him in more comedic roles but he has charm and believability. It was very exciting to see and work with him and watch him embody the character. It was a no-brainer.

“The most important part of my job as a directing showrunner/producer is to hire the best people in front of the camera. I leave it in their hands and I’m there as a guide. The cast are all just incredible, smart actors. That’s the only kind of actor I know how to work with. You rely on them to craft the emotional landscape of the characters and their story.”

With a team of five writers on the show, Ketai admits StartUp is “a very big story – there’s a lot to tell in 10 hours” – and the trickiest part was setting up the pilot to ensure every character was adequately introduced.

“They have their own stories to tell and without us understanding where they’re coming from, none of it works,” he says.

“I wish we could have had 20 episodes! That’s what season two and three will do, if we get recommissioned. And we are starting the process to get ready in the event that we are getting a second season.”

If StartUp takes off, Ketai could be cashing in his GenCoin chips for many more seasons to come.