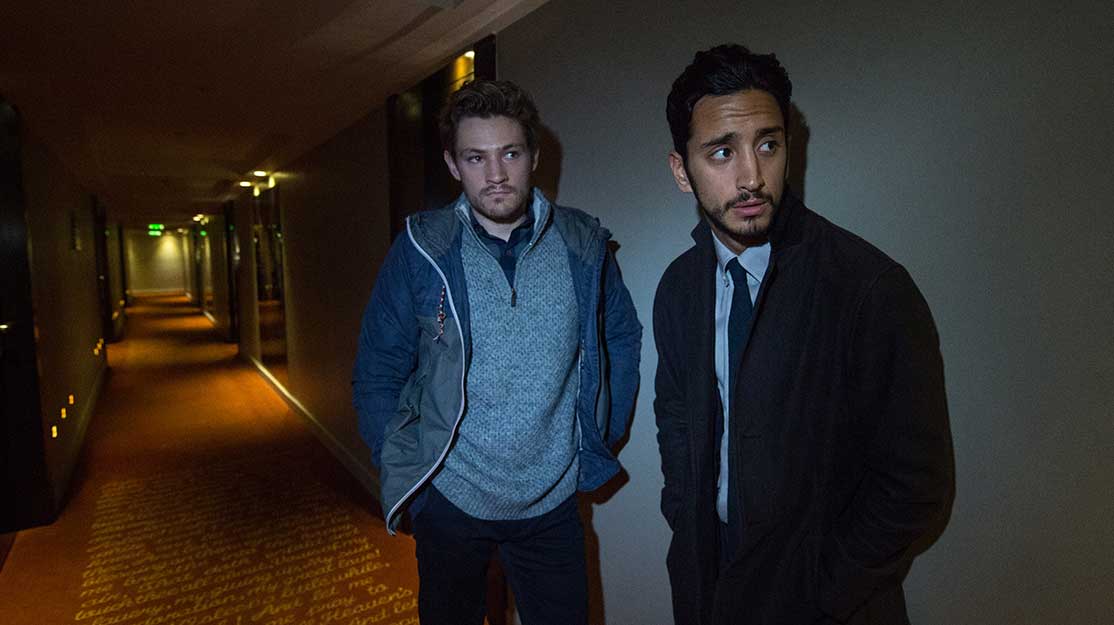 After 15 years writing Foyle’s War, Anthony Horowitz is back on television with crime thriller New Blood. He tells DQ why there’s nothing like it on television.

And with streaming platforms perhaps now representing the best way to reach new and younger viewers who no longer adhere to traditional television schedules, series creator Anthony Horowitz was more than happy to push the show online ahead of its BBC1 debut tonight.

“I want to write for young people rather than their parents,” says Horowitz, who wrote ITV drama Foyle’s War for 15 years until it ended last January. “Foyle’s War has been a fantastic ride – I’ve loved every minute of doing it. But it did occur to me that a great chunk of viewers weren’t seeing my work. Also, having written the Alex Rider spy novels, I’m meeting people who read my work as kids and are now in their 20s and 30s, and I want to write for them again.

“When I write, I don’t think, ‘This is for young people’ and then write in a certain way. What’s happened with this show is because it has two 25-year-olds in the lead – everything has come from that.”

New Blood executive producer Jill Green, MD of Eleventh Hour Films and Horowitz’s wife, agrees: “It’s great for us because (there’s a lack of) shows that appeal to younger viewers. It’s edited in a very different way, the music is very different too.”

The seven-part series shows London through the eyes of two outsiders, Stefan and Rash, junior investigators for the Serious Fraud Office and the police respectively, who are brought together by two seemingly unrelated cases.

Young men frustrated with life and trying to find their feet in their professional and personal lives, they team up to become a formidable crime-solving duo as they take on the uber rich and powerful.

And central to the series are Mark Strepan and Ben Tavassoli, who play Polish Stefan and British-Iranian Rash respectively. “Mark has Polish ancestry and Ben is half-Iranian so they fit their characters to a T,” Horowitz says. “Every actor I’ve ever worked with has, to a certain extent, made the character their own. They found them and created them. When I started writing this show I was never sure, if I wrote a line, which character should say it. But now I know exactly who’s going to say what – and that’s partly down to them.

“Working on Foyle’s War, I loved working with Michael Kitchen but if he walked out of the car to the office, that was classed as an action sequence. Now we’ve got people running across London, jumping off buildings, getting punched and getting tied up and put into a car that spins eight times.”

Green continues: “In one scene, they argue about jumping off a hotel roof into a swimming pool and eventually say, ‘Fine, we’ll do it.’ They’re in their 20s, why not? They literally dive off into a swimming pool. These guys are physical. The amount of things (Horowitz) puts them through has been extraordinary and they love it.”

Casting for the leads wasn’t straightforward, however, with several actors in the running for both parts until Strepan and Tavassoli found instant chemistry during the auditions.

“We saw an enormous number of people,” admits Horowitz. “It was always a question of whether we were going to cheat. Could we really cast British-Iranian and British-Polish? Or would we get a British guy who could do a Polish accent? We then found these two guys but what clinched it wasn’t the individual auditions, it was when we put them together.”

Green explains: “At the last moment we had four Rash’s and four Stefan’s so we interchanged them together, looking for the right combination, and it was about that chemistry. It was very real.”

It’s that chemistry that will also make the difference between New Blood being a success or a failure. But Horowitz says he hopes the show has managed to tell serious stories in a serious world with two light-hearted characters at the centre.

“I’m thrilled by their performance,” he adds. “I’ve been around for a long time but these two guys, they’re at the beginning of their careers and I’m so excited to see whether it goes well for them. They’re very likeable.”

From the opening scenes of the first episode, it’s clear Stefan and Rash aren’t the only characters central to New Blood. From Stefan’s bike ride to work into the City to the quick cuts between shots of the capital’s iconic landmarks, the backdrop of London looms large over the series.

“Jill hasn’t forgiven me for setting it in London,” Horowitz quips when asked of the production challenges of filming in the city. “But when you see the show, London is the third character. It’s a really attractive view of London. We tried to find something that isn’t tourist London, isn’t Disney London. It’s real London and it’s energised London. The number of cranes and building sites and traffic jams and roadworks – that’s the London we live in.”

It was a difference experience for Green. “If you’re not doing a US movie on a Tom Cruise budget, don’t try to film in London,” she says. “It’s not a city that’s interested in filmmaking because it’s got terrorism, security and other bigger issues. It was really hard. And because we were 95% location and we had to do some really difficult action sequences, most people didn’t want us around and sometimes they wouldn’t play ball. City Airport shut us down because pilots complained they could see lights from an explosion we were filming in a wasteland that was quite near the airport.

“It’s hard and expensive. The sequence where the guys jump off the roof was shot over three days in three different places. That’s expensive. When you’re doing big action, which has got to have a high production value, you can’t skimp on that. But when you’re doing it in London as well, that’s tough. But it does look and feel like London.”

Horowitz and Green first met when they both were working in advertising. They later took different paths into television and it was only after a decade that Horowitz’s writing started to be developed for the screen by Greenlit Productions and now Eleventh Hour Films – both established by Green, the latter in 2010.

“We’re very privileged to get Ant’s work and it makes us work 300% harder because the responsibility is huge,” explains Green, whose other credits include ITV thriller Safe House. “There’s no deal (with him) but I know if we don’t take Anthony’s ideas – and we don’t always agree – then somebody else might. But the scripts are wonderful, which is always the best place to start.

“We can be quite rigorous with each other but there’s a fantastic shorthand between us and I do think we work very well together. I think the best work we’ve done has been together, rather than apart. We can problem solve together as well, which you have to do.”

New Blood could be the pair’s best collaboration yet. With music from Massive Attack’s Neil Davidge and a new visual take on London, Horowitz claims “there’s nothing on British television like it – in terms of tone, look, editing, the youth of the two lead actors – it’s really different. It’s very American in some ways in the pacing and ambition of it, and I hope people simply enjoy it.

“It’s not about naked dead women being found tied up in alleyways, it’s not about that sort of brutality and darkness, which I’m not knocking, but I think we’ve now had enough of that. Here is a show that’s got a bit more of a smile. It’s serious when it needs to be, it’s dangerous when it needs to be but isn’t rubbing your face in the underbelly of life. It’s got murder and death but what it hasn’t got is that grubbiness.”