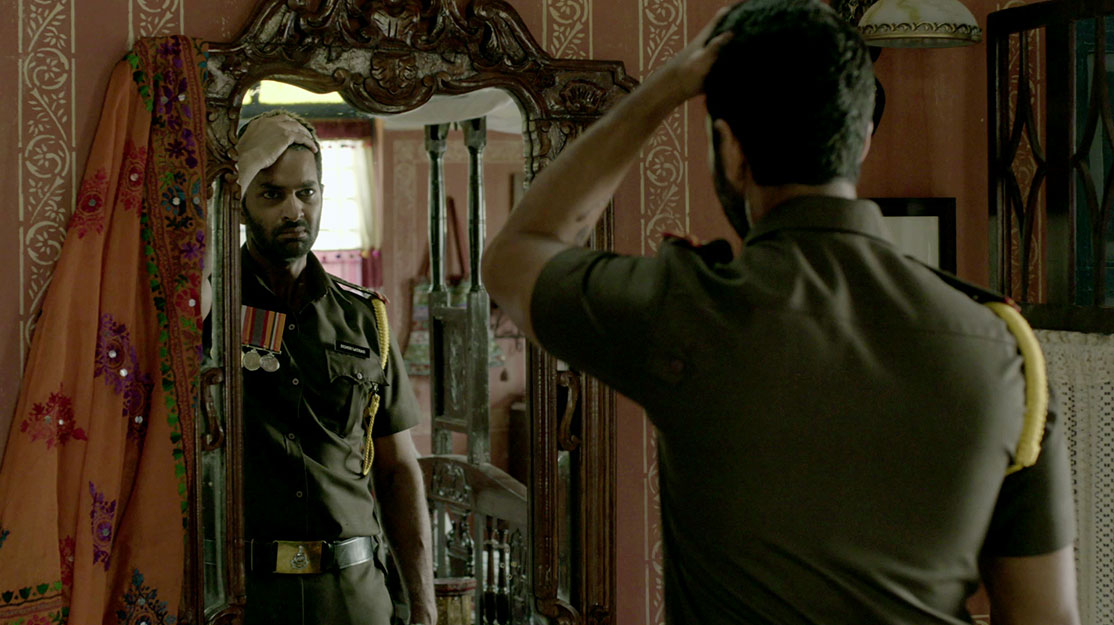 Writer-director Nikkhil Advani discusses the process of adapting Israeli drama Hatufim (Prisoners of War), which became Homeland in the US, for Indian audiences.

When it comes to successful US remakes of foreign-language dramas, there aren’t many bigger hits than Homeland.

Based on Hatufim, the Israeli series about three soldiers who return home after 17 years in captivity, the story was transplanted to Washington DC as CIA agent Carrie Matheson (Claire Danes) investigated whether returning prisoner of war Nicholas Brody (Damien Lewis) was planning a terrorist attack on American soil.

Currently in its sixth season, the series has been renewed by US premium cable network Showtime through to season eight, which co-creator Alex Gansa has reportedly said will be the series finale.

Hatufim has now spawned another remake, this time in India, following a deal with Hatufim distributor Keshet International. POW Bandi Yuddh Ke (Prisoners of War India) follows two Indian soldiers who were captured 17 years previously while on a mission with their unit during the Kargil conflict in Kashmir. They return home and must re-adjust to life with their families, while a secret investigation seeks to uncover the truth about their capture.

The series – produced by filmmaker Nikkhil Advani’s Emmay Entertainment and also distributed by Keshet International – debuted on India’s Star Plus in November 2016, with seasons one and two running to 110 episodes. It concluded last month.

Writer-director Advani, who oversaw the project, tells DQ how the drama arrived in India, the approach the writers took and the similarities and differences between POW Bandi Yuddh Ke and the original series on which it was based.

How was Prisoners of War brought to India?
Nikkhil Advani: Star Plus has been a pioneer and always sets the benchmark in bringing some of the most thought-provoking shows and progressive characters to the homes of Indian families. When I saw the show [Hatufim] I was totally blown away. Although it’s called Prisoners of War and it tells the story of prisoners that have returned from captivity, it also deals with the wives, the children, the people who have been living in limbo unable to move forward with their lives as they are waiting for closure and clarity about their lost loved ones. In a sense, the people left behind are also prisoners of the same war.

Moreover, it was the channel’s initiative to bring this show to its audience before they approached me to work on it. The story strikes a chord emotionally with every Indian, and with a platform like Star Plus, it was possible to ensure that the story reached the masses.

How was the story developed for the network Star Plus?
In terms of sparking the spirit of patriotism and keeping the audience on a razor’s edge, it’s not different from Hatufim. In every detail it is parallel to its contemporaries in international markets as these emotions transcend geographies.

What is starkly different [in the Indian version of Hatufim] is the characters and the relationship dynamics of Sartaj and Harleen, and Imaan and Nazneen. The role that the women play in these relationships and their spirit is representative of the strength of Indian woman. The personal conflicts and relationship dynamics have been created in line with the Indian ethos. The cultural unit of a family and their imprisonment is what makes you wonder, “Who is the real POW?” The emotions were kept so that it’s relatable to every Indian family and uniquely Indian.

How has the original Israeli version influenced the Indian version?
Hatufim is a legendary show in Israel, so the pressure of making it work and adapting it correctly to everyone’s satisfaction was paramount in my mind. The reaction that Gideon Raff [the creator of Hatufim] had when he saw the pilot episode gave me a lot of confidence.

Of course, we have a historical enmity with our neighbour Pakistan, which echoes the Israel-Lebanon/Palestine conflict. As a result, the adaptation became almost too easy to do. It’s the cultural differences and the role of the women that has been a challenge, but I think my writing team has managed to pull that off. Like I said earlier, the women and the children have also been prisoners of the same war.

What elements did you introduce to make the show more appealing for Indian viewers?
Human emotions and drama. The show is beautifully entwined between human drama and the spirit of patriotism. Television gives you a platform to explore the depths and complexities of human emotions and relationships. The journey of these characters and the emotional graph, given the thriller backdrop, will have high viewer involvement and have to be told with time.

The series is fast-paced and has a logical, finite ending and hence the story spans a period of five months only. A large-scale, high-octane family drama with a thriller backdrop, the story takes the viewers through the journey of the lives of the two couples, Harleen and Sartaj, and Nazneen and Imaan, and the aftermath of the return of the war heroes following 17 years in captivity.

How would you describe the writing process?
The writing team has been constantly working to compile details and create a real-life experience for actors as well as viewers. Right from the medals on the army uniforms to the coded and crisp language used by the agents, the costumes while at war, the hairstyles, the shoes and other props, all have been aligned accurately to allow the viewers to travel into the world of Kargil in every episode.

The cast went through various workshops and readings. The male actors had to train with guns and understand the nuances of fight sequences. Manish Chaudhuri, who plays a sceptic in the show and has worked with me on [movie] D-Day, helped the team prepare for their roles.

We carefully based the story in North India, showcasing the culture and viewpoint of the rural and urban in the locations. To retain the authenticity and flavour of real locations, we have shot across multiple cities including Delhi, Karnal, Mumbai and Patiala.

Who are the lead cast members and what do they bring to the series?
We have Purab Kohli playing Sartaj Singh, Satyadeep Misra playing Imaan Khan, Sandhya Mridul playing Nazneen Khan, Amrita Puri as Harleen Singh and Manish Choudhari as Vikram Singh – the lead roles in the show.

They bring their immense experience in theatre and movies, their attitude of getting into the skin of the character and their sincerity and hard work towards giving excellent performances. The two leading ladies, by the end of the show, were able to cry at the drop of a hat and their emotions towards the characters stayed with them even after the shoot was over.

These actors understood the milieu and the ‘zone’ and helped me to push the show to the next level as a director. Everyone we have cast has been applauded and received accolades for sterling performances in the films they have worked on.

Where was the series filmed and how were locations used in the script?
Delhi, Patiala, Karnal and Kamalistan Studio in Mumbai. All these cities are in India.

What were the biggest challenges during production?
The only challenge I had in mind was to do justice to Hatufim and my own series, POW Bandi Yuddh ke – to ensure the sentiment and essence of the show maintained the message that we wanted to take to every Indian.

What do you hope viewers take away from the series?
I want the audiences to be moved and identify with the emotions that the characters are going through, and at the same time be placed on a razor’s edge. I want the audience to be yearning for the next day, the next episode and for everyone associated with the show to hold their head high and say we did something special.

What are you working on next?
Emmay Entertainment is working on two other productions, the films Lucknow Central and Oonchaiyaan. Bazaar [a movie about the world of stock markets] will kick off this year.