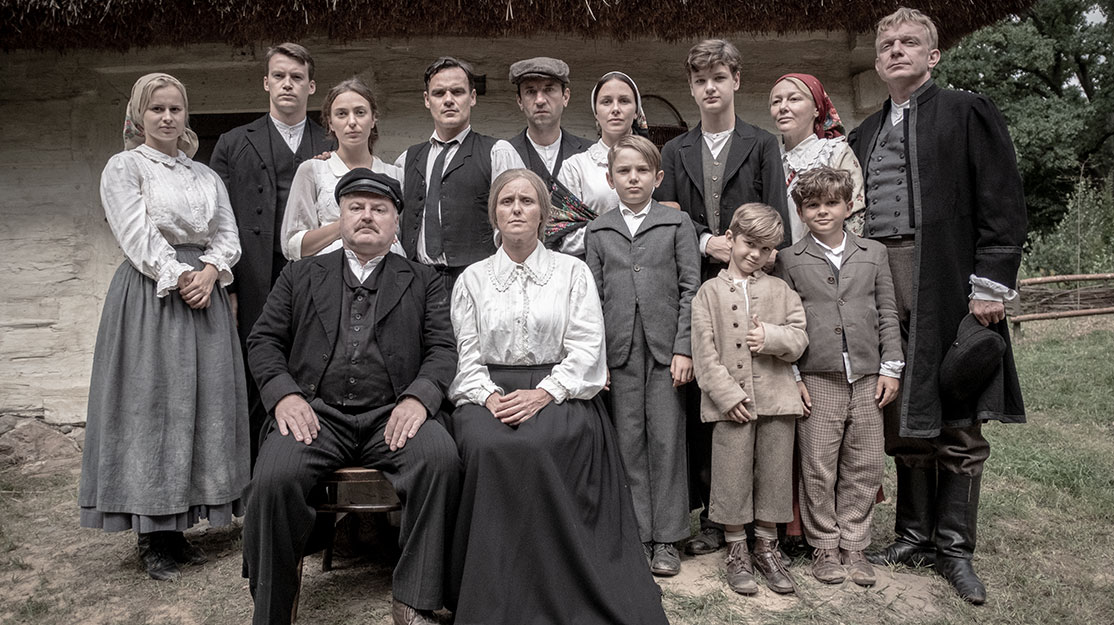 Magdalena Cieślak, head of scripted at producer Endemol Shine Poland, tells DQ about the inspiration behind the company’s first period drama, Stulecie Winnych (Our Century), and the challenges of bringing it to television.

Commissioned by TVP1, the 13-part family saga tells an epic tale spanning 100 years from just after the turn of the last century to the present. Following the fate of one family from the town of Brwinów, near Warsaw, season one begins in 1914 with the outbreak of the First World War and runs until the outbreak of the Second World War in 1939.

It is based on the novel by Ałbena Grabowska and boasts a cast featuring Kinga Preis, Jan Wieczorkowski and Olaf Lubaszenko.

Tell us about the story of Our Century.
Our Century is Endemol Shine Poland’s first period drama and it has been a huge ratings success for public broadcaster TVP1. It is based on a bestselling book by Ałbena Grabowska and follows the fortunes of the multi-generational Winny family, woven into the dramatic events of the 20th century.
Creative producer Małgosia Retei and I were immediately taken by the story when we read the three-part novel back in 2016. It was nearly a thousand of pages of gripping literature, which we believed could serve as the basis for a great script. It took us some time to convince the broadcaster, though, as period dramas seemed a very costly and risky genre in Poland at that time.
What helped us was the involvement of one of the best Polish screenwriters, Ilona Łepkowska, who supervised the script development and ensured the project we pitched to TVP1 was outstanding in terms of storytelling. Then we managed to engage the best talent, including multi-award-winning film director Piotr Trzaskalski, DOP Witold Płóciennik and a stellar cast. So this series had all the right ingredients to become a success, and we are very happy that Polish viewers appreciate all the hard work we put into it.

What themes did you want the series to cover?
Our Century begins in 1914 with the outbreak of the First World War and ends in modern times, so it covers quite a chunk of Polish history. However, the history forms the backdrop, as this series focuses on one family and their story. They’re a family full of deeply hidden secrets, passion, love, sacrifice and complicated relationships. If we take away the historical background, it’s a universal tale that could happen anywhere, anytime. People all over the world achieve great things and make mistakes, they love and suffer, and so do the characters in Our Century. It’s their credibility that draws the audience. When filming, both the director and the actors were constantly searching for the truth – in the characters, in their emotions and in the motivations for the choices they made.

How was it developed? How would you describe the writing process?
The first season consisted of 13 episodes, written by a team of five fantastic writers headed by Ilona Łepkowska. Throughout the creative process, which took about a year, we collaborated very closely with the book author, who gave us invaluable feedback on the scripts. Since this is a period piece, we also needed a lot of help from historical experts, language consultants and liturgy specialists. Interestingly, Ałbena Grabowska is a neurologist by profession, so she was also our medical consultant on the set, guiding the young actors how to “credibly die” from Spanish influenza. Now we are finishing the script development of the second season and the process is very similar.

What was the appeal of adapting Albena Grabowska’s novel? How has it been changed for TV?
Adapting a book for the screen, especially a bestselling one, is always a challenge. In the novel there is an enormity of plots and characters – the whole human universe to capture. To make the Winny family’s story more powerful, we decided to get rid of some of the background characters and focus on the most distinctive family members. We also added a couple of visually attractive scenes that were not in the book. At some stage, the director joined the screenwriting process, offering some fresh ideas that we all liked.

Tell us about the tone of the series.
It’s a nice blend of drama and comedy – tragic plots are balanced with lighter sequences. Although the whole story is very realistic, being filmed and acted with great attention to detail, there are also some dreamlike scenes and flashes of precognition, as the main character, Anna, has the gift of seeing the future.

Where was Our Century filmed and how would you describe its visual style?
We filmed the series in genuine farmhouses in open-air museums and heritage parks, as well as in a specially built studio set. The streets of Warsaw were shot in the Old Town, and the theatre scenes were in the beautiful interiors of Polski Theatre in Warsaw. We also used some old palaces around Warsaw, both for interiors and external shots. In terms of visual style, Witold Płóciennik did a brilliant job of adding some patina to the picture. With the use of natural light, dirt, dust and with a lot of creative input from the costume and makeup departments, we managed to bring every detail to life and convince the viewers of the reality of the story.

How would you describe the current landscape for scripted drama in Poland?
It is booming and there’s constant demand for home-grown drama. Free-to-air channels remain the strongest players, and the genres that work best for them are weekly dramedies, daily soaps, medical dramas and period dramas. More recently, crime shows and thrillers have been doing well. Similarly, cable channels are investing in original Polish series, mostly crime genres.

How are scripted series evolving in Poland and more broadly across Central and Eastern Europe?
We believe the production quality of most scripted series produced in Poland is outstanding. The market is very competitive, and every new production raises the bar a bit higher. In terms of content, most of the viewers have quite traditional taste and reach for the offer of free-to-air channels like TVP, TVN and Polsat. Younger audiences are more open to edgier series, which they can find on HBO or Netflix.

What creative opportunities are there to tell new stories?
Polish viewers prefer local stories and 80% of the dramas on air are created and produced locally. To find new ideas that will entrance the audience, we need to invest in local talent, beginning with scriptwriting and development. Over the past two years, we have also seen more book adaptations making it to screen, so we are watching the publishing market very closely, searching for adaptation opportunities. We are also hoping for some new coproduction, line production or film service opportunities following the recently introduced 30% cash rebate.

What are you working on next?
Apart from the second season of Our Century, we are currently filming a romantic comedy movie – a local remake of NL Film movie Ellis in Glamourland. The premiere is set for November this year, so it’s quite a tight schedule. We also have some other projects in the early development stage.