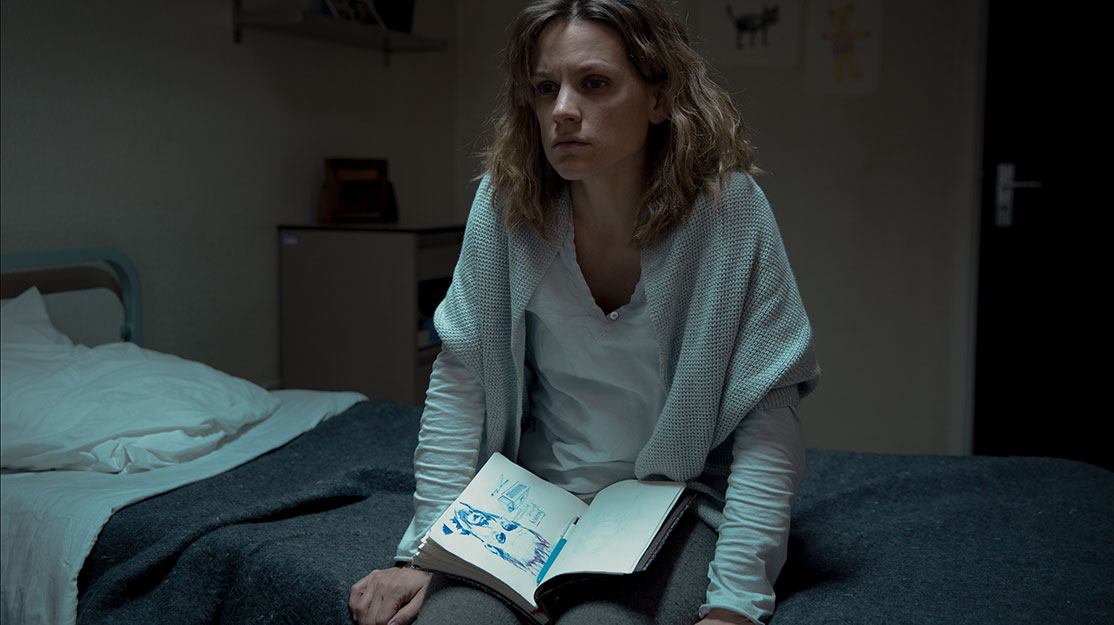 Tabula Rasa producer Helen Perquy tells Michael Pickard about the show’s journey from Series Mania pitch to fully-fledged series ahead of its launch on VRT next year.

When the producer of forthcoming Flemish drama Tabula Rasa takes to the stage at Series Mania today, it will mark the completion of a two-year journey.

The psychological thriller was first pitched to industry executives at the annual Paris event in 2014, as part of the European Coproduction Forum.

Now the project has come full circle, with audiences inside the Forem des Images given the chance to see the first images from the series, which will make its debut on Belgian public broadcaster VRT in 2017.

Tabula Rasa tells the story of Mie, a young woman who is locked up in a secure psychiatric hospital. She is visited by Detective Inspector Wolkers, who is trying to solve a disturbing missing persons case when it transpires Mie was the last person to be seen with Thomas Spectre before he vanished.

It appears to be a cut-and-dry case for the experienced DI Wolkers – except his only witness is a woman suffering from acute memory loss. In order to solve the puzzle and find Thomas, Mie has to reconstruct her lost memories and find her way back through the dark labyrinth of her past.

Produced by Brussels-based Caviar, Tabula Rasa landed at Series Mania in 2014 on the basis of its script, which was written by Malin-Sarah Gozin (Clan).

“Tabula Rasa is a very human story,” producer Helen Perquy explains ahead of appearing on stage at Series Mania. “It’s a psychological thriller with an unreliable narrator. What Malin always says is it’s like a mind-fuck – and she’s right. As Mie goes through psychosis, she doubts everyone and it’s a bit of a whodunit, but you also question whether she did it herself. You doubt everyone, even yourself, and you feel that tension all the time.

“Sometimes it flirts with horror, but you also have some very recognisable family scenes where you see the love between a family as well as how family can be disruptive. Mie’s memory loss is also reflected in the dementia of her father. There are a lot of very recognisable themes. It’s not an easy story but it should be very captivating, powerful and emotional.”

Perquy says she wanted the series to be challenging for audiences: “The best series make you think and get involved, and this is definitely one of those series. You never know if it’s going to be a success, but all the ingredients are there.”

Broadcaster VRT, which has signed on to the series alongside distributor ZDF Enterprises, will certainly be hoping those ingredients have been blended successfully – as will ZDF Neo in Germany, which will also air the drama next year.

But Perquy, whose credits include Eén series Quiz Me Quick, says Tabula Rasa represents a leap of faith for the Belgian broadcaster – one that sees it follow in the footsteps of several other European networks of late that have shown signs of more risk-taking in this on-demand age as they battle to stand out on the increasingly crowded EPG.

“This is a stretch for them,” she says of VRT. “I know them very well and I went to them because I wanted to have freedom for the authors, the directors and the whole process. But it is a stretch in the sense they haven’t done anything that remotely flirts with horror. Even psychological thriller isn’t a genre that has been presented to the public before.

The producer says television must continue to take risks in storytelling if it hopes to avoid the problems facing the movie business, whose output Perquy believes has become formulaic and stale.

“We have a lot of talent in Belgium but we always keep telling the same Flemish stories,” she says. “Tabula Rasa is not a Flemish story – it’s a Flemish story as much as it is a British story, a German story or a Scandinavian story. We should, from time to time, not give the audience what they expect. If you don’t do that, things like True Detective don’t happen, but it’s not an easy road for the audience.

“Film studios are using a formula by finding what they think works – such as helicopters, boobs and everything that goes fast – and putting it all in the same movie to make a hit. If you do that over a short period of time, you’ll get an audience; if you do it long term, you’re dead. Movies are going down, but series are going up because the authors make them complicated, they get good actors because they know there’s flesh on the plate. We should do that in Belgium as well.”

Two years after its first pitch, guests at Series Mania will now see the first clips from Tabula Rasa. Projects being presented at this year’s European Coproduction Forum – including Warrior (Miso Film, Denmark), Flight 1618 (MakingProd, France) and The Illegal (Conquering Lion Pictures, Canada) – will hope to replicate its success.