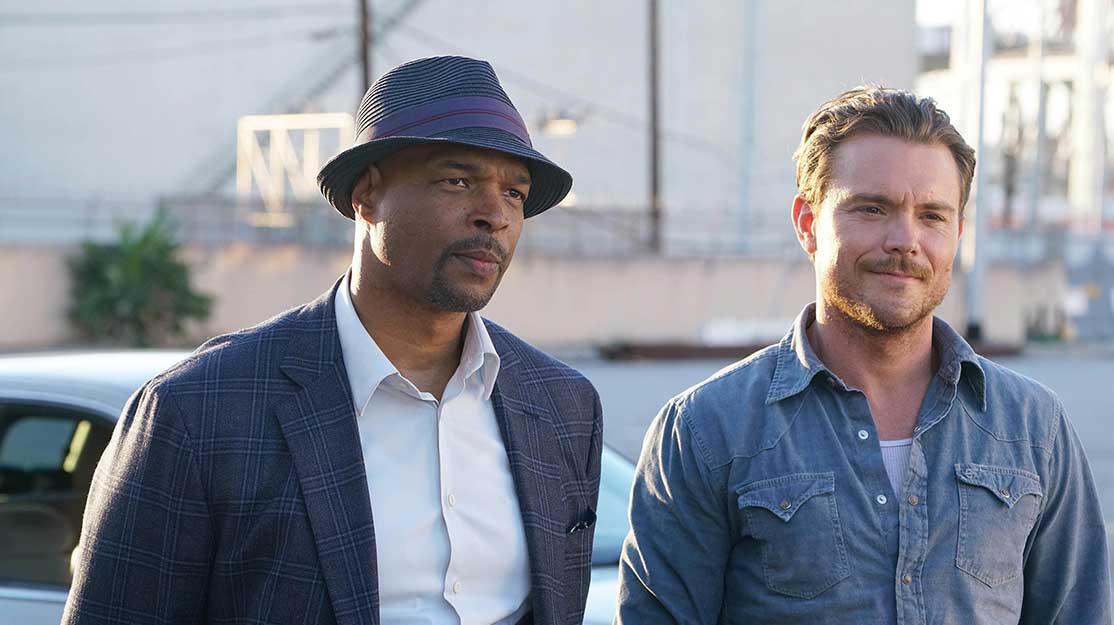 As Fox reloads classic movie franchise Lethal Weapon for the small screen, DQ finds out why the show is already being described as one of the best new series of the year.

Movie-to-TV adaptations have had an uneasy ride in recent years. While they are seen as a way to create an immediate fanbase for a show and bring big ratings to a network, these spin-offs can flounder if the format isn’t built for television or is simply seen as a lesser version of the big-screen original.

Limitless, Damien, Rush Hour and Minority Report have all been cancelled after a single season in the past 12 months, while Ash vs Evil Dead, Bates Motel and Fargo have enjoyed more success.

This year, the trend continues as NBC takes on The Wizard of Oz with Emerald City, while Fox hopes to take small-screen horror to terrifying new levels with its own version of The Exorcist, among others.

However, another Fox movie remake is already being talked up as one of the best new shows coming out of the US in 2016/17.

Based on the film franchise starring Mel Gibson and Danny Glover that began in 1987, action drama Lethal Weapon promises to reinvent cop duo Martin Riggs and Roger Murtaugh for a new generation.

In the series, Clayne Crawford and Damon Wayans play odd couple duo Riggs and Murtaugh respectively as they work a crime-ridden beat in modern-day LA.

Family man and by-the-book LAPD detective Murtaugh is back to work after a near fatal heart attack and is paired with ex-Navy Seal-turned-detective Riggs, who has moved to California for a new start with the LAPD.

During the pilot episode, hot-headed Riggs drags reluctant Murtaugh on a high-speed chase and into a shootout with drug dealers, though Riggs later discovers why Murtaugh is so determined to get home safely at the end of each day – he has a family and a newborn baby. Murtaugh also finds out that his new partner lost his young wife and unborn child, resulting in a devil-may-care-attitude that hides his grief.

The series is from Lin Pictures and Good Session Productions in association with Warner Bros Television, and is distributed around the world by Warner Bros International Television Distribution.

Matt Miller – who is an executive producer withJoseph McGinty Nichol (better known as McG), Dan Lin and Jennifer Gwartz – says the creative team wanted to take the spirit and tone of the original movies and bring them into the present day in a way that avoids comparisons with the source material.

He explains: “We’ve started off Murtaugh in a slightly different place compared with the movies, where he was turning 50 and was staring into the abyss because of that. Our Murtaugh is coming back to work having been off for six months because he suffered a triple bypass – he’d actually flatlined on the table and had been dead for a minute.

“The story starts on his first day back. He’s married, with two teenage kids and a six-month-old. He actually had his heart attack in the delivery room when the kid came out. So when our pilot begins, it’s Murtaugh’s first day back after having been gone for six months. So it’s not just about a guy that’s 50 and getting a little older, it’s about a guy who actually died. His wife in our version of the show is very successful, so the financial responsibilities of being a cop are taken away from him – so he doesn’t actually have to be there and he’s actually a little bit scared. It’s about a guy who needs to re-examine his life and decide whether this where he wants to be. And he’s frankly terrified of dying because he has died and he’s seen that there’s no white light.”

Straight-laced Murtaugh is juxtaposed with Riggs, a potential loose cannon who is still mourning his wife and child.

“That puts him in a headspace of actively wanting to die,” Miller notes. “So although he isn’t necessarily – for various reasons that we talk about in the pilot – going to sit at home and do it himself, he’s fine if he gets killed in the line of duty.

“We set these two characters up on a collision course where one guy’s actively looking to die and another is terrified of it – and that’s where they are in the pilot.”

Ultimately, the show is about “two broken guys” who, through the course of the first season, discover they actually need each other.

“Then something happens that rips the rug out from under them and puts them back on opposite tracks,” Miller reveals, “where once again Murtagh couldn’t be any further apart from where Riggs is emotionally, and we want to keep watching that relationship evolve so it doesn’t just feel like it’s static throughout the course of the season.”

At a time when new drama series are jostling for attention, a classic film franchise is the perfect springboard from which to launch a new show. But weeks ahead of its US debut on September 21, Lethal Weapon has already been described as the pick of the new US dramas airing this autumn after it was snapped up by UK broadcaster ITV following the annual LA Screenings event.

Kevin Lygo, ITV’s director of television, said: “It’s rare that we find an acquisition with that sweet-spot potential – the best production values and hugely entertaining drama – that we think can appeal to the biggest and broadest audiences and take up a place in ITV primetime. We saw Lethal Weapon and were immediately excited by what it could add to the ITV schedule, and we’re really looking forward to bringing the series to UK viewers.”

Sasha Breslau, ITV head of acquired series, added: “Lethal Weapon was a standout drama from this year’s Screenings, superbly rebooting a beloved franchise with the perfect mix of action, heart, humour and terrific chemistry between Wayans and Crawford as the iconic cop duo.”

If the series can capture the big-screen franchise’s blend of action and comedy, then like the beloved movies, this is a show that could reload for many seasons to come.

To see the full interview with Matt Miller, click here.