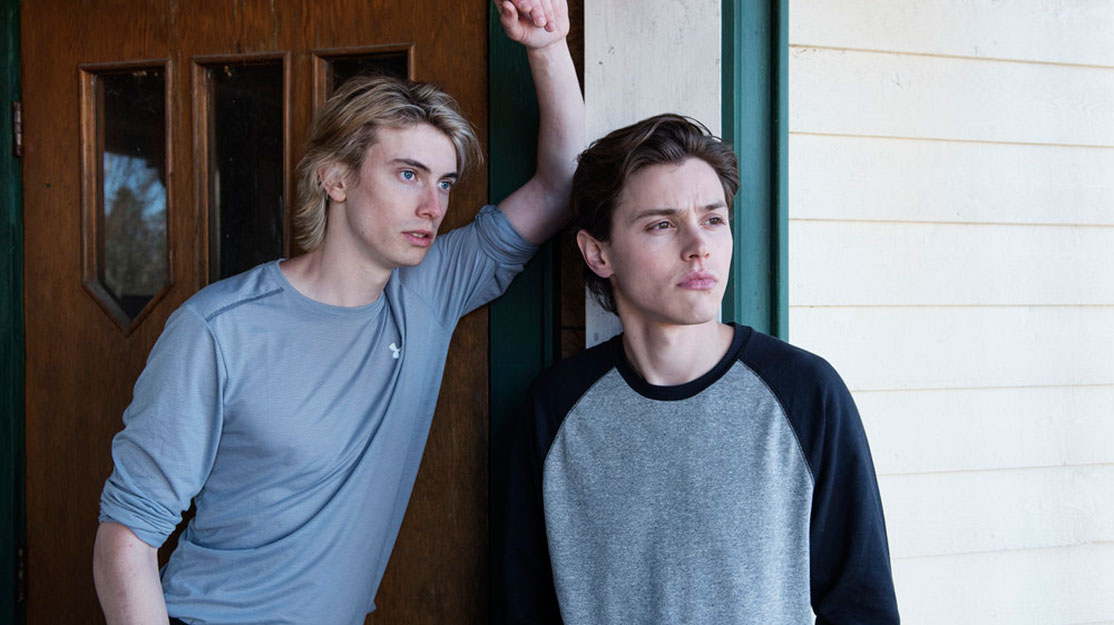 Norwegian thriller Øyevitne gets a US makeover when Eyewitness launches on USA Network. DQ speaks to showrunner Adi Hasak about translating the original series for a new audience.

It’s fair to say that US adaptations of international dramas have a less than stellar success rate.

It’s a fact that hadn’t escaped Adi Hasak when he pitched Eyewitness, a 10-part drama based on Norwegian series Øyevitne that debuts on USA Network on October 16.

“I was very aware of the rate of success translating a format,” he admits. “The only one that’s really worked is Homeland, which is based on [Israeli prisoner-of-war thriller] Hatufim, but they’re two separate shows. Short of comparing the premise, they’re very different.

“The one thing we have is an extraordinary format. It was absolutely spectacular and the story is so good. So early on, I decided three things: to be true to the format, to be smart enough to adapt it for an American audience and to make it mine.”

The story begins when two teenage boys meet up in a forest, only to witness a shooting. Desperate to keep their relationship a secret and in fear of being found by the gunman, they remain silent while the local sheriff clashes with the FBI in her attempts to find the killer.

Ordered straight-to-series by USA, it is produced by Universal Cable Productions (UCP) and distributed by NBCUniversal.

“What I loved about it was there are two tentpoles to the show – a boy coming out and searching for his identity and the local sheriff who has come to this small town and is looking for her own identity,” Hasak explains. “The other thing that was remarkable is, five minutes in, the audience knows who the killer is, so this is not a whodunnit. We know exactly who the killer is.”

Showrunner Hasak, who has written all 10 episodes, Americanised the story by simplifying several plot points, such as including one biker gang instead of two and removing the police hierarchy found in Øyevitne.

But with dead space now to fill, he sought to spend more time with the characters and explore storylines that had only been hinted at in the Norwegian series – all of which made the writing process a very personal experience for Hasak.

“In the original, it’s alluded to the fact the sheriff was a detective in Oslo – but why did she move to this small town?” he says. “So I gave her post-traumatic stress disorder – she had a very bad experience as a cop in Buffalo where we set her backstory. I suffered from some of those same symptoms, serving in an Airborne unit in the 1980s in Lebanon, and being from Israel and surrounded by cycles of violence, I was extremely intrigued by how an act of violence affects people around it.

“It became a very personal narrative for me and an experience unlike anything I’ve ever had before. But it was an intense few months. It was like writing a novel – 500 pages. It was both frightening and a remarkable experience.”

The challenge of making a thriller without a whodunnit element meant Hasak relied heavily on the original story, marking out three to five plot points in each episode he wanted to hit, but leaving room to make the story his own.

“It’s very important for me to be respectful to the original creator, Jarl Emsell Larsen, and I wasn’t just using the concept and running with it,” Hasak says. “I wanted to lean hard on a lot of what he had done but I wasn’t focused on the thriller and the murder. This really is a story about compassion, family and love. We had several conversations early on where I asked him why he had made several decisions. I told him some of the changes I had in mind. But once I went into the creative process, our communication came to an end.”

When it comes to adapting a foreign-language drama for the US, Hasak says there is the Homeland route, where producers take a show’s premise and make it their own, or the original can simply be translated into English. Eyewitness, he says, is a compromise that is extremely respectful of Øyevitne and yet isn’t intimidated by it.

“When I had to look for original things to do, I wandered back to Øyevitne and looked for clues,” he continues. “We give the sheriff a huge backstory with PTSD but in the original, it almost happens in passing. One character says to another, ‘Wasn’t she a cop in Oslo and something happened to her?” and it’s never discussed again. We wanted to look at that and find out why this big detective is suddenly in a small town. The flip side is her marriage. It was extremely important to me to make this a study of a marriage under the clouds of this thriller/mystery and a wife getting dragged into a case and away from her husband.”

Hasak is also the creator of Shades of Blue, the NBC crime drama starring Jennifer Lopez and Ray Liotta. And while that show has a cast of movie stars and is shot in Brooklyn, Eyewitness couldn’t be more different. Commissioned by USA from just the original format and a script, Hasak took the production to northern Ontario, where he had 77 days to film the series.

“A producer once told me that if you do this long enough, the Gods smile at you,” Hasak says. “That’s what happened – something very special happened on this shoot. It was extremely challenging because it was a lower-budget show but somehow we made it. When you’re limited you actually rise to the occasion and do your best work.

“Julianne Nicholson [who plays Sheriff Helen Torrance] is simply an artist at the height of her creative powers and she’s an inspiration to the cast and crew. And the first two episodes were directed by Catherine Hardwicke [Twilight], who is one of those rare directors who is artistic and historically has worked extremely well with young actors. So we were sent to make this little thriller in northern Ontario and came back with this special, unique, character-driven show we think is going to do very well.”

With its closed-ended story, Øyevitne was a one-and-done – but Hasak believes Eyewitness can capitalise on the current trend for anthology series, meaning the show could run for many seasons.

“When I sold it to USA and UCP, I sold it as a crime anthology much like American Crime Story and American Horror Story,” he reveals. “Each year could be a huge story with an eyewitness. In America, we have a love of the voyeuristic nature of witnessing crime. You can go back to the movies Witness and Rear Window. If this show works as we hope it does, you know you’ll be seeing a show with an eyewitness but that will be the only thing it has in common [with the preceding season]. If there is a season two, I was thinking of setting it in an inner-city, so I think that’s the direction the franchise would go in.”

Whether Hasak would again write every episode is another matter. Admitting his wife wasn’t happy that he took on such an undertaking, he jokes that showrunning is definitely a job for more than one person.

“It’s a 24/7 job but it’s extremely rewarding,” he adds. “In features, the writer is a side note but in TV, it’s so different. Eyewitness has been the most rewarding experience I’ve ever had. The writer in TV really does become the auteur of the show. That was always something I have looked forward to doing and it was a remarkable experience.”