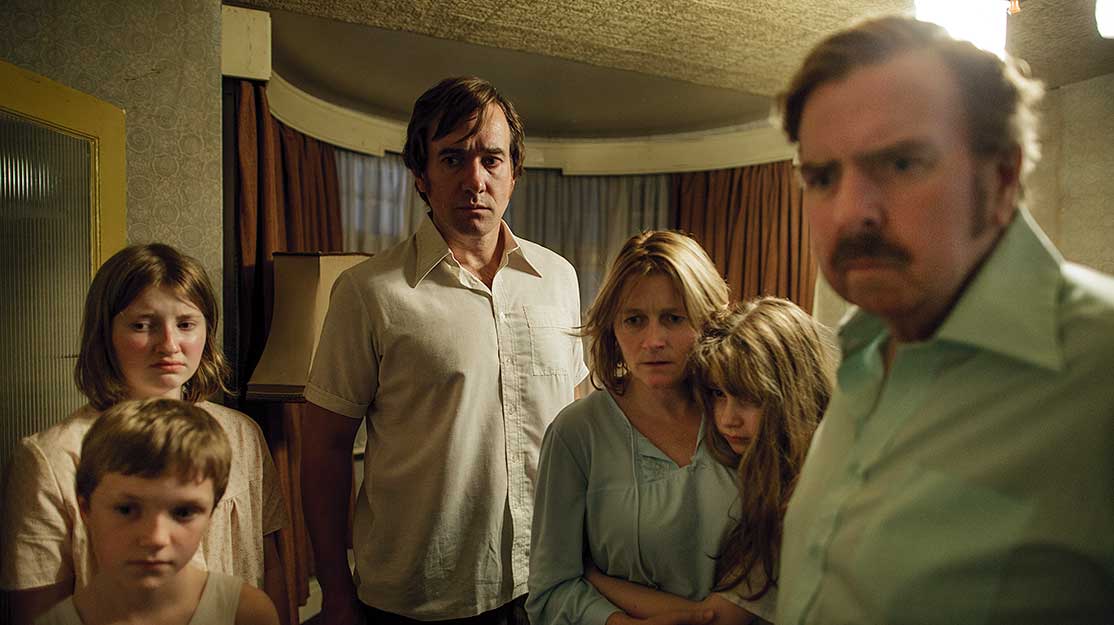 UK producer Eleven Film is building on the scares in The Enfield Haunting by plotting new true horror stories to bring to television. Michael Pickard reports.

Viewers yet to re-emerge from behind the sofa after watching Sky Living’s three-part drama The Enfield Haunting (pictured above) might want to make themselves comfortable – television could be about to get much scarier.

The Enfield Haunting, which aired in May this year, dramatised events purported to have taken place at a house in Enfield, north London, in 1977. Based on Guy Lyon Playfair’s book This House is Haunted, it starred Timothy Spall as a paranormal researcher who is drawn to the house after disturbing reports of a desperate family terrorised by unseen malevolent forces.

The miniseries, which recalls the most documented account of poltergeist activity in British history, also starred Juliet Stevenson and Matthew Macfadyen. It was directed by Kristoffer Nyholm (The Killing) and written by Joshua St Johnston.

But beyond the spooky events replayed on screen, the series represents a change in attitude for its producer Eleven Film.

Known for its work across comedy, drama and factual, Eleven is using The Enfield Haunting as a platform to investigate more true horror and true crime stories and bring them to television.

Campbell, who co-founded Eleven with Joel Wilson, says: “Our background was making documentaries and, before that, working together on comedy sketches. We were lucky enough to make a documentary for Channel 4 in 2000, but since that time we’ve been interested in finding ways into different genres.

“There’s a presumption that if you’re strong in one genre, diversifying is not the thing to do. But we’re curious about all genres and we like working in all of them. Across our developments we’ve probably got a dozen or so dramas across different broadcasters, mostly in the UK and one with (US network) Fox about a teenage Jesus of Nazareth. We have fewer comedy developments and some documentary developments. Drama is our biggest department by some distance.”

Within drama, Eleven hopes to carve out a niche on the back of the success of The Enfield Haunting by developing a number of stories based on true horror.

“There’s an overlap between true horror and true crime, which is interesting to us,” Campbell says. “So we’ve been developing heavily in that and we hope we’ll become a specialist in the UK, if not the world, in that quite tight genre of true horror where it overlaps with true crime.

“We’ve begun to pitch to broadcasters in that space, not just in factual but also in drama. All the broadcasters are interested in finding a way of telling factual in a credible and exciting way in drama in some form, and we think we’re well equipped to get that product into the marketplace. We have a keen sense of what works in factual and we know how to make high-end drama. That’s something we’re focusing on.”

As a result, Eleven has been putting hours into researching stories from the UK and around the world that fit this billing, though Campbell admits it hasn’t thrown up as many possible plots as you might imagine.

“I wouldn’t say there are loads of stories out there,” he says. “We’ve put in a substantial amount of research in the last six months and finding stories that are best told in the horror genre and that you can fundamentally say are based on true events is not a straightforward task.

“You have to find something that’s exciting and unusual in some way – something that you can structure in the genre with compelling horror genre beats that will make sense in synthesis with the story. A lot of the time you look at a story and think maybe it would be good to tell in horror, but actually it’s much better to tell as a true crime story as a documentary. We’re looking at them internationally, not just in the UK. We’ve found a lot of the best of (these stories). There aren’t thousands of them, probably hundreds.”

The notion that the television industry is currently enjoying a ‘golden age’ is not a new concept, but it’s one that Campbell believes has largely been confined to the US – until now.

“The golden age of drama is quite a specific idea and it really, if we’re honest, applies to America first and foremost,” he says. “But the UK is on the cusp of a golden age of drama. The scale and ambition of some shows going into production at the moment is very exciting.

“I remember (former BBC drama commissioner) Ben Stephenson five years ago saying Britain was producing world-class drama, and I thought that was pretentious at the time. But I think it required people like him creating ambitious shows over the last five years to push the industry into a place where, in the last couple of years, material really is, and has the potential to be, world class. That really does excite me.

“We’re working in the world’s most exciting marketplace for drama and some of our projects could be up there. Hopefully they will be. We’re developing on a bigger scale in the true horror space and we’re really excited about some of the stories we’ve found. If you loved Enfield, hopefully you’ll love what we do next.”