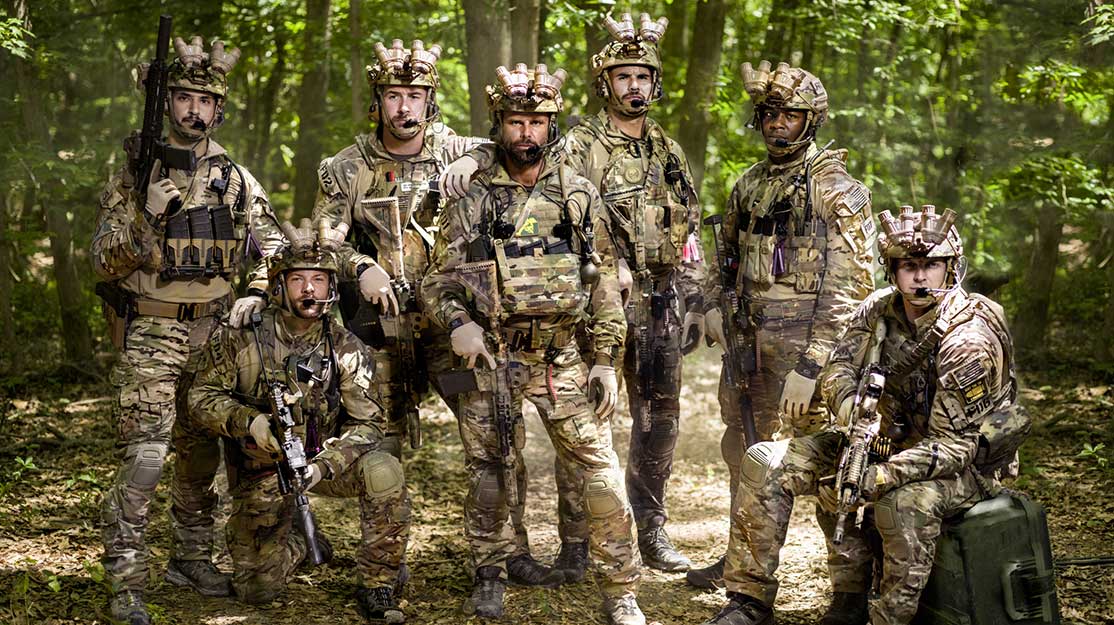 Writer William Broyles Jr tells DQ how he leaned on his own military experience to deliver Six, History’s forthcoming original drama that centres on a group of elite Navy SEALs.

He’s made his name in feature films, with credits including Apollo 13, Cast Away, Planet of the Apes and Flags of Our Fathers.

But for his next project – History’s military drama Six – William Broyles Jr has turned to the small screen to tell the story of a group of Navy SEALs who must overcome adversity when their mission goes awry.

The eight-part series centres on the members of Navy SEAL Team Six, who are sent on a mission to Nigeria where an armed gang has attacked a school – at the same time taking hostage a former commander of the elite unit.

Despite his prominent movie background, Broyles Jr’s career started in television with ABC drama China Beach. Set during the Vietnam war, the show focused on the personal stories of the soldiers, their families and others involved.

This theme is also central to Six, which spends as much time with the Navy SEALs at home as it does in battle.

Both William and David Broyles are veterans – the latter having served in the SEALs and the US Army’s elite special operations unit Delta Force in Iraq and Afghanistan – and it is their unique relationship with the military that forms the bedrock of the drama.

“I’d been to Vietnam myself and knew what it was like to be a warrior and to come home, but from David’s experience I learned what it was like to be the family at home, when someone you love is off at war and at risk,” Broyles Jr explains. “I thought it would be a great opportunity to do this project together because we both have this experience of being in two long, complex wars with not completely positive outcomes.

“Plus I didn’t want anybody else to do this show because I knew they’d screw it up! It’s an important show about what’s going on in the world right now.”

Like the writing team behind Six, the drama is also a family affair, showing the special bonds that form between members of a unit such as the SEALs. “These men, who are the elite of the elite, have been fighting together for years and have formed a close-knit family,” Broyles Jr says. “At the same time, they go back and forth between missions. They leave on one hour’s notice and go to somewhere extraordinarily dangerous, but they can’t tell anyone where they’re going. And when they come back, they can’t tell anybody where they’ve been.

“The transition between taking part in most intense warrior combat there is and taking out the garbage, fixing the car and taking the kids to school is incredible, and they do it overnight. This show is not just about the most elite military unit in the world, they are also trying to have a home life and that’s really difficult and complex. The price they pay is immense. They love it; they wouldn’t do anything else, but in terms of cost and sacrifice, their families are essentially at war as well.”

In a television landscape where superheroes can be found saving the world on a regular basis, Six also aims to show that the characters at the centre of this story still fret about the day-to-day problems we all face, despite the extraordinary pressures that come with being a Navy SEAL.

“These guys aren’t bulletproof superheroes, but they are heroes because they’re human and still have doubts and stresses at home,” Broyles Jr notes. “If their car breaks down, they might not be able to fix it until their next pay cheque, or their daughter might not be able to have extra tuition. Financial pressures are very real to them and they give up the American dream so the rest of us can live it.”

With William and David working behind the scenes, authenticity is key to the series. But the History drama – which is due to air in early 2017 after casting changes pushed back the original July debut – also employed two former SEALs as advisors, who were on hand to discuss everything from the story and wardrobe to props and the way scenes were shot.

“The combat is done in an incredibly authentic way,” Broyles Jr says. “We’re going to be deeply immersed in it, but also in the SEALs’ home life as well. You’re going to feel the bonds that these men share with each other and how they work almost non-verbally together.

“The filming style we used in the combat sequences is very personal because people live and die, and we decided to make the cameras very still and steady. It’s not like the usual hand-held confusion. But when they get home, that’s when the camera’s not so stable ¬– because they’re less confident at home than when they’re at work.”

Part of pre-production involved putting the cast – including Barry Sloane and Walter Goggins – through their paces at a SEAL bootcamp for five days, where they got a taste of the mental and physical exertion real SEALs endure on a daily basis.

“You can act being in combat but what you can’t act is that team bonding, the brotherhood, and they’ve told me they’re closer to their co-stars now than people they’ve known their whole lives, because they’ve seen each other at their most vulnerable,” William reveals. “It was a pretty intense process.”

William and David came on board Six after being approached by Harvey Weinstein, who came up with the idea of a show about SEAL Team Six after reading about Nigerian terrorist group Boko Haram kidnapping schoolchildren in Africa. Each season of the show will focus on a different theatre of war, this first starting in Africa.

But despite Broyles Jr’s film credentials, and those of Weinstein, he says he couldn’t imagine doing Six on the big screen.

“That’s the beauty of quality TV these days – you can tell these stories over time with the depth and luxury of character development. I would never do this as a film, ever!”