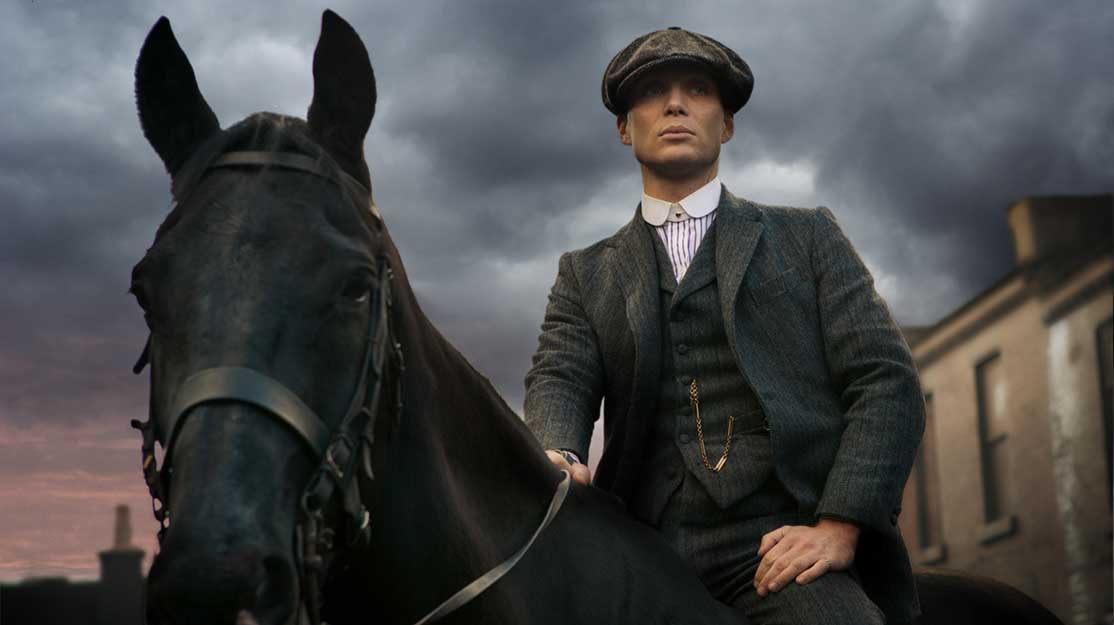 “There aren’t too many novels,” says Caryn Mandabach, the US television producer behind Nurse Jackie and gangster drama Peaky Blinders (pictured above).

She’s responding to a question about whether there’s too much television nowadays, a view expressed by FX Networks chief John Landgraf earlier this summer and one that has played heavily on the minds of broadcasters and creators alike ever since.

In the literary world, the bestsellers stand apart from the rest, and Mandabach views the television industry in the same way.

“I think the cream will rise to the top,” she says. “I’m always interested in stories and storytelling. I love a narrative that’s told through the medium of a character or characters because I relate to human beings, because I am one. I believe in the power of fiction and I think I’m not alone.

“What’s wonderful about Peaky Blinders is it appeals to young and old. Some things are just for the young, some things are just for the oldies, and if you can have something that crosses the border, that thing should go on forever. That has a depth of meaning. If a book, symphony or piece of art appeals to everybody, you’re connecting on a really deep level. Therefore, it’s like a novel.

“Something that’s wildly appealing is never going to out of style. Maybe the niche stuff might go out of fashion but if it’s appealing to a wide demographic, you’re always going to find something to say.”

From her roots in comedy, Mandabach’s television credits include The Cosby Show, Cybill, 3rd Rock from the Sun and That 70’s Show.

She’s since become known for producing Showtime’s dark comedy-drama Nurse Jackie, while BBC2’s Peaky Blinders – an epic gangster drama created by Steven Knight and set in 1920s Birmingham – is in production on its third season.

“I’m a daughter of a gangster from Chicago so the story of family, class and immigration was 100% mythologically accurate,” Mandabach says of Peaky Blinders. “Britain was yet to mythologise working-class people and Steven always says Americans mythologise cowboys and all they really are is guys who herd cows and horses, but we make a big deal of them. Similarly American gangsters.

“It’s not so much about gangster culture as the combination of the immigrant culture, the British class structure that was hard to break through and the inclination to ‘keep it in the family’ because they’re the only people you can trust. Steve appreciated I knew where he was coming from just on a human level.”

Caryn Mandabach Productions has two offices, one in Santa Monica and the other in London, where Mandabach began to spend more time after recognising the production possibilities offered in the UK, such as being able to retain rights over a series you created instead of handing them over to a US studio.

“That’s why I’m in the UK,” she admits. “We develop high-end drama series because I know how to do television series, and I’d be happy to do minis and one-offs. Because I know the rules here, I’m happy to play here. It’s a wonderful industry with lots of wonderful people.”

Mandabach is now developing shows for US cable channels, streaming platforms and broadcasters in the UK, and says she “couldn’t be happier” with the opportunities currently available to produce television.

“As a community of producers and writers, actors and directors, we don’t care any more. Steve is writing three movies – Peaky Blinders is six hours, that’s three movies for the BBC and for Netflix. That’s the way we treat it. The love and the passion of everyone involved – I haven’t seen the likes of it before.”

Mandabach says she is now working on new shows with writers including Craig Wright (Dirty Sexy Money), Danny Brocklehurst (Ordinary Lies) and Michael Thomas (The Devil’s Double), and has three projects at Sky and another with Sony’s international networks. But she admits she doesn’t worry about the competition to get commissions or where viewers might have to go to find her shows.

“It doesn’t matter where they are – people will find you now. You could be anywhere in the world watching Peaky Blinders, and that is a much more interesting game,” she says. “We the consumers don’t need parochial content, we just want great stories well told.”