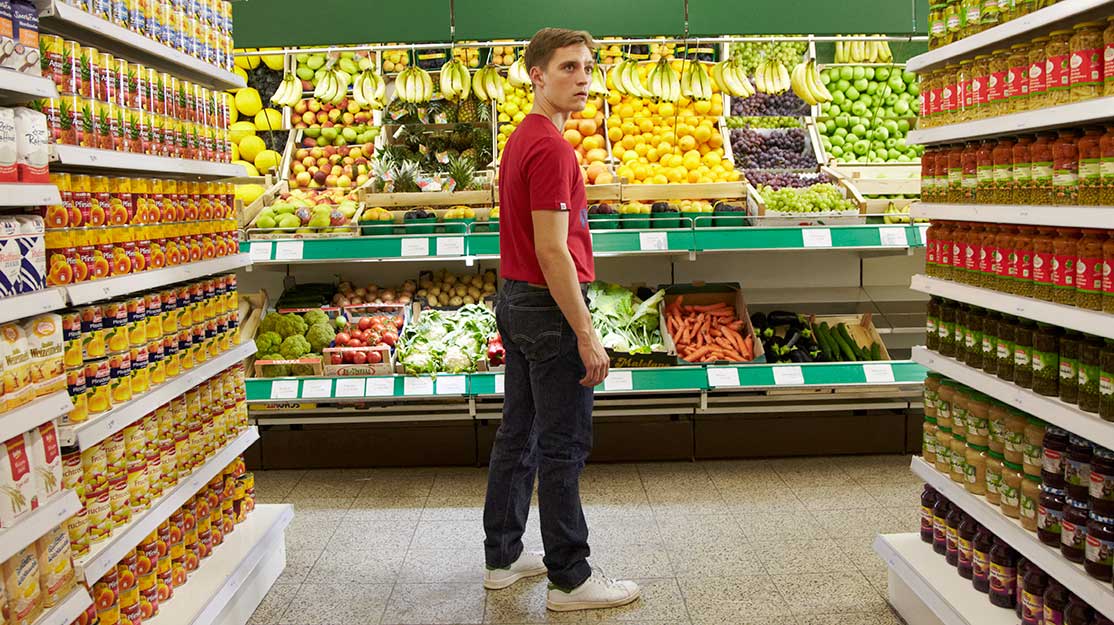 Two members of the creative team behind German Cold War thriller Deutschland 83 have revealed all about working between television markets in Germany and the US. Michael Pickard reports.

On the back of scripts mostly written by Anna Winger alone, Deutschland 83 became the first ever German-language series to air on a US network when it debuted earlier this year – yet the co-creator says she prefers working alongside other writers.

The show, which is produced by UFA Fiction for RTL, is described as a suspenseful coming-of-age story set against the real culture wars and political events of Germany in the 1980s.

The story follows Martin Rauch (Jonas Nay, pictured above) as a 24-year-old East Germany native who is sent to the West as an undercover spy for the Stasi foreign service. Hiding in plain sight in the West German army, he must gather the secrets of NATO military strategy.

“German TV isn’t set up financially to support an American-style writers room, where writers work full-time on a show. Four other writers came on after I had written the pilot and the season arc, all friends: Steve Bailie, Andrea Willson, Ralph Martin and Georg Hartmann. We brainstormed together for about a week, which was great. Then each of them wrote one episode and I wrote the other four. After a few drafts, I took over all the scripts to bring the season together into one voice. Then the two directors came on board as we started to prepare for production.

“Joerg was involved from day one, of course. He’s a really experienced showrunner, so I couldn’t have had a better partner my first time out. This project has been a great collaboration for the two of us. And because I wrote the original scripts in English, he did the German polish.”

In future, however, Winger says she would much rather work with a writers room, where she enjoys the sense of collaboration.

“I have my writing office in the former Tempelhof airport terminal – the (former) fourth biggest building in the world – where sometimes I don’t see anyone else for a week,” she says. “So I loved working with other people on this project: producers, directors, actors and especially the other writers.

“If budget would allow for it, I would always work with a writers room. Stories get so much richer through collaboration.”

Meanwhile, Edward Berger, who directed the first five episodes of Deutschland 83, has opened up about the differences between German and US television.

“In Germany, television production has traditionally been very focused on 90-minute movies,” he says. “The idea of serialised drama that was started in the US was completely overslept by the German TV industry. I remember situations from just a few years ago, where we tried to pitch an idea for a series with a horizontal storyline, and the producers and networks kept saying, ‘This doesn’t work in Germany. People want a finished plot at the end of the night. They don’t want to worry about how it continues.’

“All the while shows from Denmark, Sweden, England and the US were having massive success around the globe. I couldn’t believe it. So Deutschland 83 is part of a fairly new development in German TV.

Writer/director Berger joined the series at a very early stage after he was contacted by Joerg Winger. He adds: “I really liked the characters – they seemed very real and vivid to me. So I said yes, and from then on we had continuous story meetings while Anna kept writing the scripts.

“It’s great to have a writer whose style you can trust. I can sit back and relax and wait until I get the next draft to critique. I can keep my distance and really judge the script from an outside perspective. When I write and direct, the danger is that I get too close to the subject matter. What I can’t stand, however, is to sit around and wait for that writer to appear. So, in the meantime when I don’t meet someone like Anna, I spend my time writing.”

FremantleMedia International secured the landmark deal to send Deutschland 83 to SundanceTV, which launched the eight-part series to US viewers on June 17.