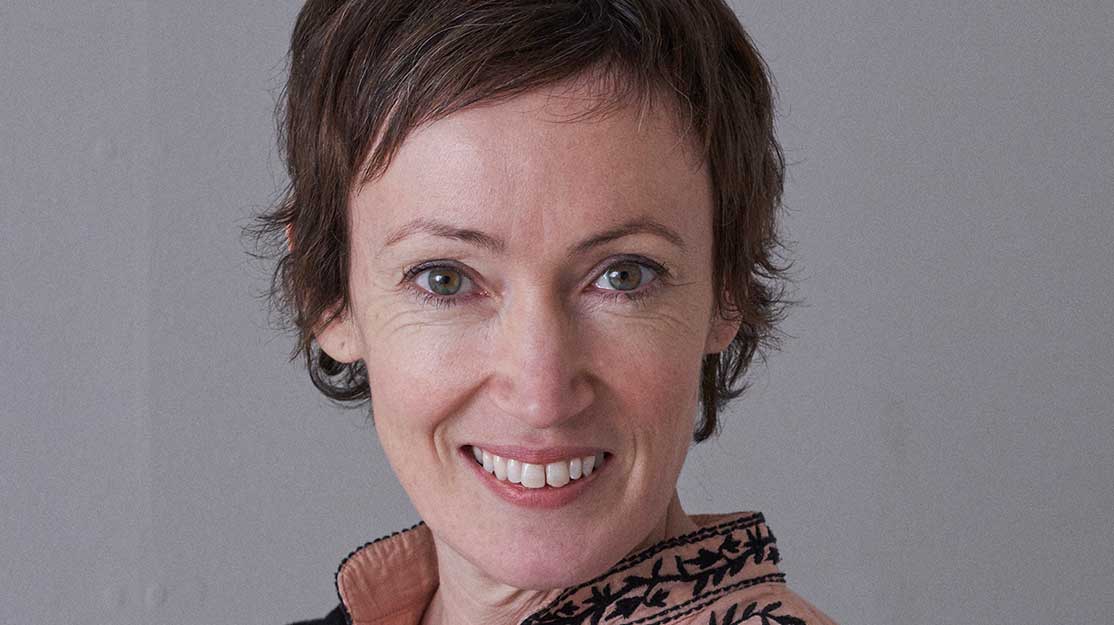 Bonafide Films is set to break out with a wartime period drama penned by Peter Moffat. MD Margery Bone tells Michael Pickard why The Last Post is just the beginning.

From grenade attacks and roadside bombs to conflict and terrorism, The Last Post could be a study of soldiering set against today’s political landscape.

Instead, the eight-part series’ focus falls on Aden, 1965, at the end of the British Empire as writer Peter Moffat recalls his childhood memories to tell the story of a British army unit fighting insurgency in the Middle East and the women and children who were there with them.

Exploring his father’s life as an officer in the Royal Military Police and his mother’s struggle between being what the army required and what she felt like, Moffat also draws upon the pressures and excitement of being married to someone in the army at a moment when sex and feminism also begin to emerge in the 20th century.

The story will also follow the regiment over several key strategic postings over that period – from Aden to Hong Kong to Cold War Germany in the early 1970s, and then to Belfast during the Troubles in the mid-1970s.

The forthcoming BBC1 series is produced by Bonafide Films and The Forge Entertainment, and is due to air in spring 2017. A director is currently being sought ahead of filming, which is due to begin in September this year.

For Bonafide MD Margery Bone (pictured top), the show emerged from a desire to create a series about the British army. Moffat was approached about the idea of doing a contemporary drama, before he suggested writing about his own mother and father and setting it during the 1960s.

“It has huge parallels with today and it was a hugely dramatic opportunity for us,” says Bone, who exec produces the project. “So there was the historical aspect. (Aden) was also a place that was dangerous, hot and quite glamorous. (Moffat) remembers being a small child and his mum going to the officer’s mess with officers in their uniforms. We felt there was a real Mad Men-romantica element to it, which was interesting as well.

“It’s a story about being married to the army as well as being in the army. That unique way in – looking at it from the point of view of families, as well as from the soldiers’ experience – gave it an interesting dual perspective.”

The sense of family, both among the soldiers and for their loved ones, is a strong theme that will run through the heart of The Last Post, offering viewers an entry point beyond the wartime setting and exotic location.

“Family is how we live, who we care about and is fundamental to the human experience,” Bone says. “It feels at the heart of everything. It’s also a way of making something inaccessible accessible. Even if the circumstances of being at war in a foreign country or travelling backwards in time are alien, you’ve got this unique access through family. It’s about those you love and that shared experience makes it eminently relatable. It’s quite hard to be drawn into drama that you don’t care about.”

The Last Post looks set to be Bonafide’s breakout series on the back of 2013’s Talking to the Dead, a two-part crime drama for Sky Living.

The company was founded in Newcastle before opening a London office in 2010, and has also produced comedy Undercover for UKTV’s Dave and one-off Nosferatu in Love for Sky Arts.

“Drama feels like it’s king at the moment,” says Bone. “There’s more and more competition, not just in terms of the amount of companies out there but equally in terms of slots out there and competing for audiences. The challenge today is how to reach those audiences, and a mainstream slot on BBC1 is a great launch pad.”

At the heart of Bonafide is a desire to be writer-led and to support stories that will hook audiences in with a strong authorial voice, particularly from new talent.

“It’s something we’ve always wanted to do,” says Bone of supporting fresh writing talent, “but I think we have noticed, like everybody has, that it feels more like a closed shop (to new writers) than ever.

“We have always talked to new writers. Agents know we’re somewhere they can go with new writers. We’re working with spoken-word poet Sabrina Mahfouz and have some ideas in development with her for her first drama. But it’s also about being more proactive, and that’s a bit harder for a small company in terms of our time because we don’t have much infrastructure to do it. But we certainly try.

“There are some amazing places for new writing to start out, including live theatre, which is how I met Peter Straughan (who wrote Nosferatu in Love). But there are fewer opportunities for writers coming out of there, and that’s something I’d like to do more about. The ideal for me is if we could find a show like Lime Pictures has done with Channel 4 teen soap Hollyoaks as a way of bringing new writers in – to shadow, to be mentored and to start writing on a show. Company Pictures did that with Skins quite a lot as well.”

As the start date of production for The Last Post looms into view, Bonafide is also building a strong development pipeline. Two series are in development at Channel 4, one from writers Straughan and Mark McClaren and the other from Ben Hervey.

Bonafide is also building a slate of adaptations. It has optioned a series of UK-set crime novels by author Michael Robotham, featuring criminal psychologist Joe O’Loughlin. They will be adapted by Pete McTighe, who has worked on ABC Australia’s prison drama Wentworth.

It has also secured the rights to JG Ballard’s Super-Cannes, a mystery about a couple who go to work at an ultra-modern business park in the south of France but discover a subculture of crime that is spiralling out of control. Saul Dibb has been tapped to direct the series, written by DC Moore for an as-yet-unnamed broadcaster.

On the appeal of Super-Cannes, Bone says: “Ballard saw the future in so many ways, and in this story your work environment provides everything for you. You almost don’t have to leave the place. Ballard’s exploring that in a way that also asks what that does to us as people and what the darker side is.

“In Super-Cannes you have the wealthy 1% behind these walls and it’s incredibly topical for today as, at the other end of the scale, refugees are being washed up on the shores and having no foothold in society. Those themes, which we’re all facing, are huge parts of the book so we felt it was very timely to adapt it.”

The setting will also provide Bonafide with a chance to explore a UK-France coproduction model that has been successful with shows such as The Tunnel and The Last Panthers, both jointly commissioned by Sky Atlantic and Canal+.

“We’re having a couple of conversations with broadcasters and there seems a lot of interest in it,” Bone adds. “It’s that challenge of finding ideas that work internationally that don’t feel like Euro puddings. We are an international society, more so than ever, and those stories are there to be told.”

To fuel this growing slate, Bone says Bonafide is looking to “scale up” to cope with increasing production demands – but not to the detriment of its relationships with writers.

“We would certainly be able to do more than one show but we don’t want to grow too big,” she explains. “We just want to be able to manage the shows we’ve got but always be looking out for the next development. However, we wouldn’t want to get to a point where we weren’t having direct contact with our writers. That’s in our DNA.”

Bonafide’s growth is evident in its development deal with German distributor ZDF Enterprises, through which Bone hopes to forge closer ties with broadcasters, producers and talent – both on screen and off – in Europe.

“There are also remake opportunities and the chance to have lots of introductions to European talents who want to work in the English language through ZDFE, which we felt was something they were keen to offer us and that felt a bit different,” she adds.

Bone returns to the subject of new talent when describing the obstacles she sees in the television industry.

“One of the challenges bringing new talent through,” she says. “There’s lots of brilliant stuff getting made but it feels likes there’s only a core of writers who are good enough. How do you get to that point where you can get commissioned for a major piece? That’s the main challenge. The bar is set so high, you’ve got US writers coming to the UK; Hollywood is calling our writers. For you to get those slots, it’s got to be a really strong proposition.”