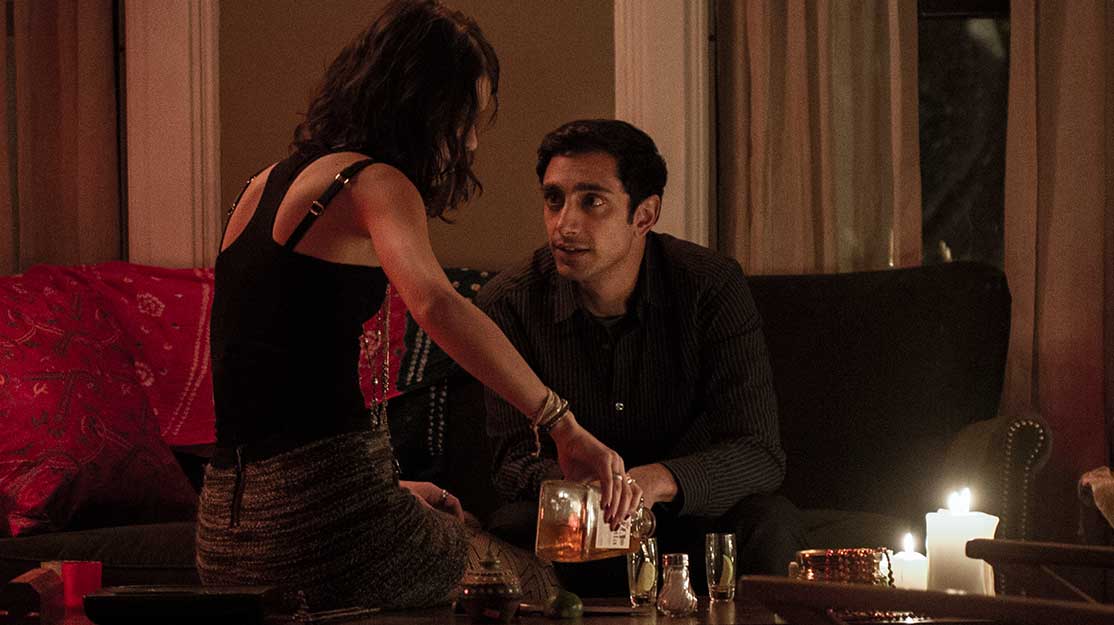 HBO has made its name with long-running original serialised drama that defines the so-called golden age of television. So when its new drama The Night Of launches this Sunday in the US (and later in the year on Sky in the UK), it may come as a surprise that there are a few departures from the usual formula.

First off, it’s a limited series, comprising just eight episodes. It’s also a rare adaptation for the network, based on the UK series Criminal Justice, penned by Peter Moffat for the BBC in 2008. And while other network stalwarts have been more layered in terms of genre (think True Detective’s mysticism and murder or The Sopranos’ psychiatry and mafia combo), The Night Of is a straightforward crime genre piece.

HBO is no stranger to bucking the trend, and perhaps this slight change of direction is what is required for the pioneering network, amid a saturated drama market and increased competition from Netflix, Amazon and other SVoD services.

The network has been promoting the show during season six of its flagship hit Game of Thrones, the recent conclusion of which leaves a gaping hole in the channel’s schedule. And, with the recent exit of programming boss Michael Lombardo, the cancellation of Vinyl and a stumbling performance from True Detective’s second season, as they say in Westeros, winter could be coming.

Yet there’s still the final season of critically acclaimed The Leftovers, new drama Westworld and more Veep to look forward to.

And now this. The Night Of could be a worthy successor to any of HBO’s recent or golden-age shows. Visually reminiscent of the grimy and gritty New York films of the 1970s from Sidney Lumet or Martin Scorsese, this contemporary New York story casts a modern eye on the working class Queens neighbourhood of its Pakistani-American protagonist Naz and the Rikers Island jail (situated on the East River between Queens and the mainland Bronx) in which he finds himself. Looming like an extra character, the location gets under your skin just as The Wire’s Baltimore or The Sopranos’ New Jersey did.

“Historically, the kinds of stories I’m interested in have been made as films,” says co-creator and director Steve Zaillian (Schindler’s List, American Gangster). “Now it’s TV. But since I had no experience in TV, I could only approach it as a film – a long film – which is what Richard Price and I did with the writing.”

The talent list, also largely borrowed from film, is impressive. Created by Zaillian and Price (The Color of Money, HBO’s The Wire), The Night Of stars Riz Ahmed (Nightcrawler, Four Lions) as the aforementioned protagonist and largely focuses on his relationship and chemistry with ambulance-chasing low-rent lawyer John Stone, played by John Turturro (The Big Lebowski, Do the Right Thing).

It was directed by Zaillian (seven episodes) and James Marsh (one episode) from teleplays by Price and Zaillian, who are also executive producers. It was also due to star Tony Soprano himself, the late James Gandolfini, who was originally lined up for Turturro’s role and has an exec producer credit on the show.

The extended cast list, featuring 200-plus actors, includes those from The Wire, Boardwalk Empire, The Leftovers and The Sopranos, to name a few.

The premise goes something like this: A Queens-based Pakistani-American man picks up an Upper West Side woman in his father’s taxi and what pans out to be a great night with drinking, drugs and some romance turns out to be his worst nightmare when he wakes up to find the mutilated body of his lover.

Pilot episode The Beach reveals a truly gripping and high-stakes downward spiral and, without giving too much away if you haven’t seen the UK version, has got to be the worst night imaginable. But there’s still room for moments of black comedy.

While many of the story and character elements have been faithfully transplanted from the UK version, this is very much a New York story with cultural and political overtones. For instance, the central character played by Ahmed is a Pakistani-American, whereas in the original UK story he is white. This decision, made to reflect real life, affected the whole show.

It results in a very specific story about the American police and criminal justice system, the legal proceedings, Rikers Island, justice, race, religion and class – just some of which is evident in the trailer.

What follows are excerpts from the pilot premiere screening and Q&A in London at the BFI last month. The Q&A panel included Zaillian, exec producer Jane Tranter, Ahmed and Turturro.

How did we get here?
Tranter: Way back in the day when I was doing a different job at the BBC, a brilliant young writer called Peter Moffat wrote a five-hour miniseries called Criminal Justice. I felt very much that when I went to work in LA with (business partner) Julie Gardner that it was an unfinished conversation. I felt that there was more that could be said on that piece in the US. One of the first things I did when I arrived was to go to HBO and ask them what they thought about it and what we could say about the American criminal justice system. They said we’d need a really good writer, someone like Steve Zaillian. By July 2009 I met with Steve and shyly asked him if he’d like to write it, and spent the next seven years shyly asking him if he’d like to write a bit more. And so it went on. But Steve took this piece on a very different journey.

Steve, you’ve written on all sorts of subjects. Why did you choose this?
Zaillian: I’m always interested in things I don’t know a lot about. I don’t write about what I know; I write about what I don’t know. The justice system was something I honestly didn’t know much about, so it was a learning experience for me. As you’ll see, I get very much into the detail. Taking this series from the night of the arrest and beyond, it was an opportunity not just to investigate the process in detail but also the characters.

Can you tell us a bit about the writing process in terms of approaching the project like a feature film, then expanding it out to eight hours?
Zaillian: It took a long time. It started out very innocently with just one episode, then we decided to do a second and a third. It was kind of a gradual process. By the time we got to the third episode, I felt we really needed an overall structure. It was kind of nice to wing it for a while, but it’s very important, even in a film, to be really convinced the structure is right, the ending is right and that the way it develops is right. We spent a lot of time doing that. I can’t do anything if I can’t convince myself I know where it’s going.

Riz, you have a character who from the outset is told to say nothing, do nothing and give absolutely nothing away. That doesn’t leave you a lot to work with. How did you approach that and do it so well?
Ahmed: Obviously there’s a lot going on inside the character’s head. He’s got a lot on his plate, so it was often enough to let him occupy himself with that. The world that Steve and Richard created is so immersive. And Steve’s attention to detail, making sure everything feels real and right, took some of the pressure off my shoulders.

Jane, you’ve worked on both sides of the Atlantic. Is there any difference these days between a show made in the UK and one made in the US?
Tranter: This piece is different from many other TV shows. As Steve said, he approached the whole thing as a really long film and went at it as such. The ability for a broadcaster to put everything in the hands of one central artist –namely Steve who wrote it with Richard, who is also an exec producer across everything and directed as well – is incredible. The result on the screen is very distinctive.

In the course of making the series, were you shocked by anything you learned about the American criminal justice system?
Ahmed: A lot of people are on Rikers Island because they can’t make bail, if the bail is set very high for a murder or another serious crime. There’s a real predatory atmosphere there. While we were filming, there was a young man there who had been accused of stealing someone’s backpack. He was detained awaiting trial for three years just because of a backload of cases. He had no previous criminal history, then he came out and committed suicide due to PTSD.
Zaillian: A lot of the things Richard and I were writing about had come from people who had been detained on Rikers Island. There are 10,000 guys there. You come away from that and it’s scary.

Can you tell us something about the late, great James Gandolfini’s part in the show?
Tranter: When we were writing this as a pilot (not the same pilot shown at the BFI), Steve talked about James Gandolfini, who he had worked with previously and was almost a part of HBO. To his amusement, discomfort and bewilderment, James was also an exec producer and I remember him turning to me and saying, ‘I just don’t get it Jane. I just don’t get what this exec producer thing is about.’ I said, ’It’s fine. You just sit there and look like a baked potato most of the time.’ But the piece was important to him. He agonised over all sorts of aspects of it and Steve had to work hard to get him to do it. But tragically he passed before the rest of the scripts had been written.

tagged in: HBO, Jane Tranter, Steve Zaillian, The Night Of