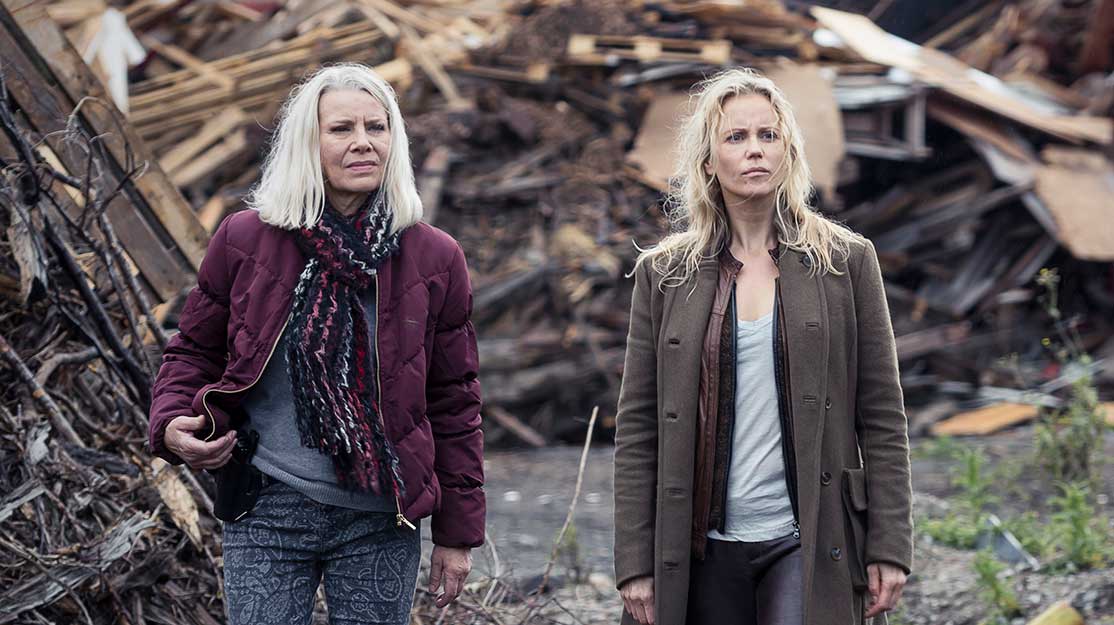 Like a plot from Doctor Who, Scandinavian crime drama The Bridge has regenerated for its third season without its leading man. Michael Pickard hears how the cast and crew overcame this change to keep the hit series on track.

For fans of Bron/Broen – aka The Bridge – the relationship between leading characters Saga Norén and Martin Rohde has been the centrepiece of the compelling crime drama.

But after Kim Bodnia, who plays Danish detective Rohde, announced he was leaving the series after season two, the cast and crew faced the dilemma of whether they should replace him – and, if so, how they could do it.

And while everyone on the Danish/Swedish coproduction was forced to deal with the emotional impact of Bodnia’s decision, there was also the practical issue of writing out the show’s leading man.

“Kim Bodnia decided to leave the show in April or May and we were shooting in September and had already done the first four scripts with a storyline with him still in it,” explains series creator and writer Hans Rosenfeldt, who is currently working on his first UK series, Marcella, for ITV.

“That was a huge problem for us. But it forced us to think about what The Bridge could be without Saga and Martin. It gave us really good energy and a feeling that we could use it as a chance to see what new situations we could put Saga in and what a new could partner give her that Martin didn’t, as well as seeing other sides of her and a new relationship.”

To ensure Saga’s new partner, Henrik Saboe (played by Thure Lindhardt), wasn’t immediately compared to Martin, the show’s creators decided to delay introducing him until the second episode – a tactic Rosenfeldt describes as “a blessing in disguise.”

Sofia Helin, who stars as Swedish detective Saga, describes Bodia’s departure as “a hard and difficult process. But when we accepted that, it was a gift because suddenly I had my character. She had failed at being a girlfriend and failed at being a friend, so she’s almost alone, and I could use that so much to put her in a very vulnerable place. Now I see it as a gift. It also gave us new energy. Suddenly we were on our toes. It was good.”

Launched in 2011 on Denmark’s DR and Sweden’s SVT, The Bridge opened with a body found on the Øresund Bridge, exactly on the border between Copenhagen and Malmö that links the two countries. Norén and Rohde were subsequently paired up to solve the case, a relationship that continued into season two, which aired in late-2013.

Following Bodnia’s decision to leave, the writers opted to leave Rohde languishing in prison at the beginning of season three as Norén teams up with a partner to solve a new spate of chilling murders after a Danish woman is found murdered on a Malmö construction site.

“It is a good place to start if you’ve never seen it before; you could easily start with season three,” says Rosenfeldt. “You quickly understand where Saga is, you don’t need the backstory, you don’t need to have seen Martin and she will get a new partner and things will develop from there. We don’t look back much. Season two was much more dependent on season one than this one is (on season two).”

One thing that does continue from previous seasons, however, is the show’s brooding visual style that mixes bleak landscapes with the often dark and grey skyline.

Producer Anders Landström says: “We’ve been working a lot with the style of the show. We started it on season one and have adjusted it over the series. Shooting in Scandinavia in the winter is very dark and grey so we go with that and try to do something really nice with it.”

Director Henrik Georgsson continues: “Our ideal time (to film) is November with no leaves on the trees. We don’t like anything that’s cute or picturesque. There’s no architecture from the 19th or early 20th century – only from 1930 onwards. It’s always glass, concrete or other hard materials.

“We try to make a cold world around the actors and characters. The visual world is very harsh and gloomy – in a good way, we think. We have a filming style; we don’t use wide angles close to the characters and a lot of the time we have things in the foreground and the camera is not high up, it’s always low. We think about it as if we’re doing cinema, not television, so we try to be cinematic. We try to make pictures for the screen rather than for the television.”

The new season also deals with contemporary themes and topics such as gender equality. One character is also a prominent video-blogger who records hate-filled rants in the opening episodes before being told her targets are later found dead.

Rosenfeldt says Scandinavian broadcasters demand these storylines outside the main plot. “It’s a requirement from our broadcasters that we should have something called the second story,” he explains. “When we pitch it, we say ‘this is what happens to our characters, this is the plot,’ but then they also want to know why it should be shown in 2015 and not five years ago or five years from now. And you always have to have an answer for that, which is good because it makes it very contemporary.”

With distributor ZDF Enterprises sending the series around the world, including to the UK where BBC4 launched season three this month, The Bridge is a bonafide international hit. But what’s behind its global appeal?

“We’re quite fortunate that we have done good stuff for a while and the rest of the world has caught up to us doing it,” Rosenfeldt says. “We have a long tradition of crime storytelling, both in books and films. We are and have been very good with characters. Plotting is the easy part of a crime show; it’s the characters you carry with you after the show and we’re quite good at creating compelling characters in Sweden and Denmark.

“I also think we are looked upon as a little eccentric. We don’t have curtains for our windows. Saga is quite free about her sex life, there’s her leather trousers, her Porsche. Maybe this isn’t so much the case in England, but I know that in Germany they love our crime shows and novels because there’s an image of us as the perfect society from the 1960s and 1970s where social security works perfectly and no one has to suffer. But those crime series show us that’s not really true. It’s another side of the story. It’s not the elks and small houses and everybody’s not jumping along singing happy tunes. It’s not Pippy Longstocking.”

Indeed, Cassian Harrison, channel editor of BBC4, says The Bridge is one of the most successful foreign-language series ever to appear on the channel.

“It’s an incredibly successful drama series worldwide and has done incredibly well for us here in the UK as well,” he says. “We’re incredibly proud of The Bridge and of being able to show it on BBC4. It’s a series on which we are only but one of many partners – (the others being) Filmlance International, Nimbus and ZDF.

“The Bridge is one of the most successful foreign-language dramas we’ve had on BBC4 and it’s been one of the real unique calling cards of the channel. Since 2006 when we started to run foreign-language dramas, particularly on Saturday nights, we’ve had some brilliant properties – Arne Dahl, The Young Montalbano, Hostages, 1864, The Bridge. Next year we’ve got some stunning new series, including a really brilliant thriller from Iceland.”

So can fans look forward to crossing The Bridge once again for a fourth season? Rosenfeldt says this has not yet been confirmed but believes the show can run and run.

“We can go on as long as we think we can do slightly better than or as good as the last season,” he says. “So we have to come up with stories worth telling and find the best way of telling them. From my point of view, we can do it for as long as it feels fun.”

A fourth outing is also likely to depend on Helin’s commitment to the show. “I have a hard time seeing The Bridge without Saga,” Rosenfeldt adds. “We managed to stay alive losing one of our main characters. I think it would be very hard to lose the other one as well.”