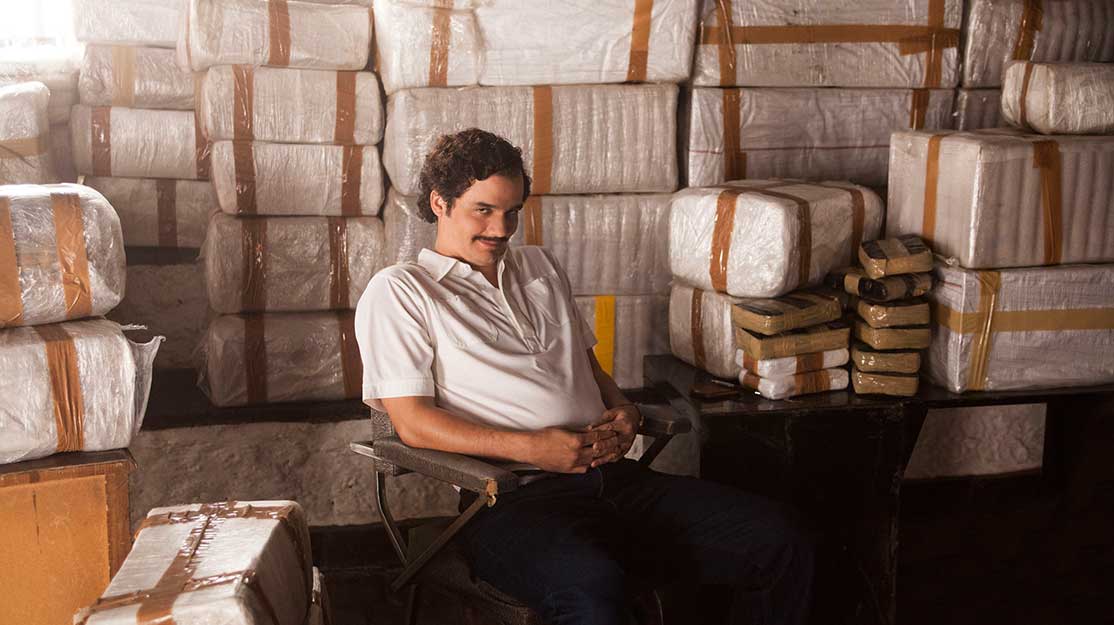 It was the service that changed the rules. But with subscriber numbers continuing to soar and questions being asked about higher prices, what comes next for Netflix?

You might not remember what you were doing on Sunday Feburary 5, 2012, but Netflix’s early adopters might remember sitting back and watching the first episode of a Norwegian comedy-drama called Lilyhammer.

Starring Steven Van Zandt, it follows a New York mobster who, after testifying in court against a mob boss, is placed in a witness protection programme and relocated to Lillehammer in Norway.

The fish-out-of-water premise might not sound particularly revolutionary in terms of TV storylines, but looking back at the words used by Ted Sarandos, chief content officer at Netflix, to announce the launch of the series, it’s amazing to consider how far the industry has come in little more than three years.

“Do you love the indulgence of watching episode after episode of your favourite shows on Netflix?” he asked. “Have you ever wished you could do the same with new shows when they premiere on TV? Well, starting today, you can enjoy as many episodes as you please of the brand new Netflix original series Lilyhammer, starring Steven Van Zandt.”

The phrase ‘binge-viewing’ had not yet become synonymous with Netflix and the way its viewers would use the service, but the foundations were being laid for a major shift in viewing habits.

After describing the series further, Sarandos ended: “Unlike any major TV premiere before it, we are debuting all eight episodes of the first season at the same time, today. Conventional TV strategy would be to stretch out the show to keep you coming back every week. We are trying to give our members what they want: choice and control. If you want to watch one episode a week, you can. If you want to watch the whole season this week, you can do that too.

“This will be the first of many brand new, original and exclusive series to debut on Netflix. We will have more news on those shows as they get ready to premiere. Enjoy the show and tell your friends – but no spoilers! They may not be on the same episode as you are on.”

With these few sentences, Sarandos outlined not only Netflix’s own strategy but one that the rest of the industry would soon follow, with an increasing number of online services commissioning original content and traditional broadcasters widening the opportunity to catch up online. NBC has already gone one step further than other US broadcasters to “push new boundaries” by releasing all 13 episodes of its David Duchovny-starring 1960s drama Aquarius at once. ZDF in Germany also blurred the lines of linear and digital TV with its pan-European crime drama The Team.

Fast forward from that Lilyhammer announcement to this week, when Netflix unveiled its results for the second quarter of 2015.

The service added 3.3 million new subscribers worldwide during that period, bringing the total to 65.6 million. It has 42 million members in the US alone.

Global numbers were boosted by the platform’s international expansion, with moves into Australia and New Zealand in March. It will land in Spain, Italy and Portugal in October this year, and aims to open in Japan in the fall. There are also plans to roll into India, China and South Korea.

These new international outlets will only help to swell subscriber numbers further, with Netflix CEO Reed Hastings under no illusion about what is drawing viewers both in the US and around the world to the service.

He told shareholders that subscriber growth was “fuelled by the growing strength of our original programming slate,” which in Q2 included the first seasons of Marvel’s Daredevil, Sense8 and season three of Orange is the New Black.

Daredevil is already in production for its second season, he notes, adding: “Our global expansion extends to our content strategy as well. Sense8, the mind-bending cinematic thriller from the Wachowski siblings and J Michael Straczynski that debuted June 5, is an ambitious, truly international show with talent behind and in front of the camera from multiple countries.”

Another international drama, Narcos – “a gripping account of the roots of the cocaine trade, shot in Colombia and starring the great Brazilian star Wagner Moura as Pablo Escobar” – launches on August 28.

“They are the perfect example of what we strive for in our original programming: an elevated version of popular genres that reach a large audience globally,” Hastings says.

“We closed the quarter with season three of Orange is the New Black, which went live on June 11 and set off a social media shockwave around the world. On the following Sunday, Netflix members globally watched a record number of hours in a single day, led by Orange, despite the season finale of HBO’s Game of Thrones and game five of the NBA finals also falling on that Sunday.

“Global enthusiasm for the third season of Orange underlines our ability to create franchise properties that bring new members to Netflix as well as delighting current ones. Nearly 90% of Netflix members have engaged with Netflix original content, another indicator that we are on the right path.”

To that end, Netflix said it would continue to invest in original series (and now movies) as its original content spending is predicted to hit US$5bn in 2016.

The downside, however, is that this spending, coupled with a marketing bill nearing US$1bn in 2016, has led to a 63% fall in net income, according to the results.

If viewers want great content, ultimately they will have to pay for it, and on a subscriber-funded service like Netflix, that means subscriptions will rise.

Hastings alluded to as much when he said subscribers should brace themselves for higher-priced plans in the future, though no details have yet been released.

At a time when the television drama space is becoming increasingly congested, particularly in the US, where cable networks continue to move into original scripted programming to build their brands alongside VoD platforms, viewers will be asked to pay more and more for the high-cost shows they love so much or see them book-ended by advertisements.

But as cord-cutting has shown, viewers’ loyalty to their favourite service provider can, and often does, have a limit. Will Netflix test that loyalty when it unveils its new pricing plan?

The service broke the mould in 2012 when it launched its first original series, Lilyhammer, for viewers to watch in one go. Its attempts to balance spending and subscriber numbers could also be another watershed moment for the industry.