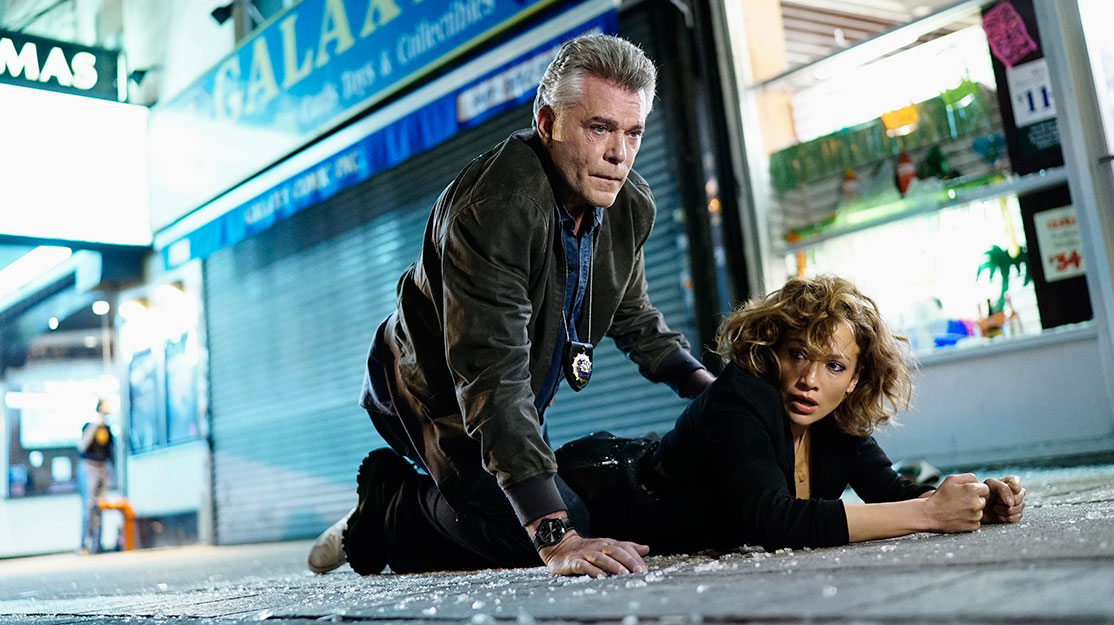 While crime dramas remain one of the most popular genres on television, the question for any new show is always the same: how can it stand out from the competition?

With Jennifer Lopez and Ray Liotta heading the cast and a storyline focusing on a New York cop who is forced to turn informant, it’s clear NBC felt Shades of Blue had a concept and the star power to help it compete in the schedules.

Lopez plays Harlee Santos, a single mother and an NYPD detective who is forced to work with the FBI’s anti-corruption task force to take down her boss, Lieutenant Matt Wozniak (Liotta), all while dealing with her own family and financial problems.

NBC’s faith ultimately paid off, as the series launched to more than eight million viewers in January and the US network quickly renewed the show for a second season after only five of the 13 episodes had aired.

But while Shades of Blue, which debuted on Wednesday in the UK on Sky Living, did enough to differentiate itself within a crowded genre, series creator Adi Hasak had to put aside some of his bolder story ideas and pen a show that played to popular tastes to get on the air.

With brutal honesty, Hasak admits: “It was time for me to get a show on the air. I was known as a guy who wrote very eclectic television shows. They were extremely well received to the extent that I was always working but unfortunately they were so eclectic that they were never put on the air. I like to say I was a writer that they loved in June when they bought my ideas but they never called me back in January when they picked up the shows.

“In the past, executives and heads of studios have always said to me, ‘Why can’t you write a lawyer show, a cop show or a doctor show?’ and I said it was because I just have zero interest. There’s nothing new to say about it.”

Determined to get a show on air, Hasak began to explore what new crime stories could be told and explored ideas of corruption – institutional corruption, personal corruption and how people fall into corruption.

“I don’t think anyone is born corrupt, it happens slowly and gradually,” he explains. “I was very much a student of the movies of the ’70s, of Serpico and so forth, and I decided to study corruption through the cop genre.

“What was interesting to me about the cop genre was that, overall, policemen are decent people and if they can fall into corruption, then any of us can.”

Hasak wrote the pilot script on spec and soon teamed up with Barry Levinson (Homicide: Life on the Street) to pitch the show to the networks, who had ideas of their own.

“I was asked at some point, ‘Why can’t we just make the corrupt cop an undercover FBI agent?’” he recalls. “And I said we couldn’t, that would undermine the entire show. That would mean she wouldn’t be corrupt. So I decided to stand firm and not change it.

“We had offers of getting it made if we made it like Donnie Brasco and if we made her an FBI agent from the beginning, but we stood fast.”

But once Lopez came onboard, the project took off. NBC went straight-to-series by placing a 13-episode order, and soon afterwards Liotta signed on.

Straight-to-series orders are becoming increasingly common, despite bypassing the traditional pilot system US networks continue to favour, and they come with many benefits for series creators.

“It’s a wonderful model in the sense that you know the show is being embraced and you have the opportunity to completely plot it out,” Hasak says. “It gives you a lot of time to prep. The only problem, which luckily I have not encountered, is if you go straight-to-series, there is no ability to tweak a show.

“Whether it’s creatively or with casting, there’s no hiatus between doing the pilot and testing it, which puts a lot of pressure on the executive producers and the showrunner to get everything right because there is no redo. There’s no shooting a character out and recasting a character once you’re locked into your cast. That’s who you’re going with. But it’s been really rewarding and wonderful, so this is a model we’re embracing and we welcome the opportunity.”

No tweaking was needed, however, as Lopez (who is also an executive producer) and Liotta both embraced the series and their characters.

Hasak believes Liotta deserves Emmy recognition when the award nominations are announced today. And he says of actress-singer Lopez: “Jennifer was very hands-on in such a classy way because she’s a huge international star and she could have very easily come in and started throwing her weight around. But it was so nuanced, so beautiful. Her hand was in everything, from the music to the clothes they wore to the scripts. It could have been intimidating but she made us her partners and was involved in all aspects of the role.”

Another character ever-present in the series is New York City, and Brooklyn in particular, where the action is centred. Shades of Blue was always going to be set in a big city, which at first was Chicago, but the Big Apple won out.

“Everyone felt New York would be a wonderful setting for it, especially Brooklyn,” Hasak notes. “The other thing that was very important was diversity and setting it in a diverse precinct, and I’m really proud that, if you look at our cast, the cast majority is diverse. There have been network shows set in a cop station in New York and everyone’s white, so I think diversity was extremely important to Jennifer, as it was for the rest of us, and what was important was that it was authentic.

“If you look at cop shows that work, they all have to be authentic. Look at NYPD Blue, Homicide, The Wire – there just has to be a level of authenticity to the genre. You have to be able to smell the streets, so that became part of the conversation in New York, where Jennifer’s from. It immediately became clear we should make it in New York and everyone embraced it.”

Hasak was a co-showrunner on season one with Jack Orman but has stepped back from the forthcoming second season as he oversees post-production on USA Network’s Eyewitness, an adaptation of Norwegian drama Øyevitne. And he admits that showrunning is “the most challenging thing I’ve ever done.”

“Shades of Blue began with me in a room by myself. Barry Levinson came onboard, Jennifer Lopez came onboard, Ray Liotta came onboard and all of a sudden, this machine came together. It was amazing. It’s almost like an army coming together and going to battle – and the machine needs to be fed constantly by the scripts. So it was almost jaw-dropping for me to see it come together, and it was one of the highlights of what I’ve been doing for the last 15 years. It taught me what to do and what not to do and set me on course to be a showrunner on Eyewitness.

Shooting on season two began in June, with Breaking Bad and Gracepoint lead Anna Gunn joining the returning Lopez and Liotta in Brooklyn – another star name that adds weight to Hasak’s claim that Shades of Blue “is a huge network show.”

Viewers in the US will have to wait until early 2017 to find out how this story continues.