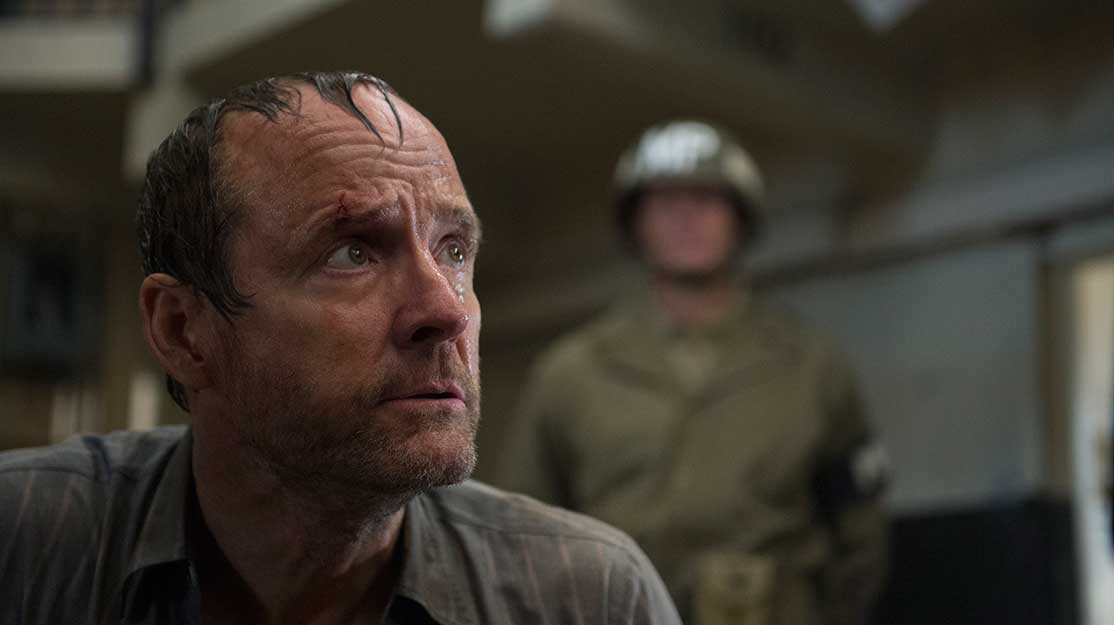 As AMC launches in the UK with big hitters including Fear the Walking Dead and Into the Badlands, Stephen Arnell assesses the channel’s opening line-up and its potential threat to Sky Atlantic.

Not content with vying with Sky for football rights in the UK, BT is set to challenge Sky Atlantic in the field of upscale drama with the launch today of AMC UK as part of AMC’s strategy of rolling out across the world.

Although limited in terms of audience by initial exclusivity to the BT platform (and as part of the BT Sport package on Sky), AMC is a clear statement of intent that the platform is set to up its game across all genres. BT MD Delia Bushell calls drama a “key motivator” for driving customer growth in what she describes as a “golden age” for TV series.

Irrespective of its actual audiences, Sky Atlantic has dominated the high-end imported drama market in the UK, with the likes of Fox and Universal generally perceived (with a few exceptions) as providing little in the way of real competition.

Details of the actual schedule are relatively sketchy at the moment, but the channel has secured some heavy hitters in the shape of The Walking Dead ‘companion piece’ Fear the Walking Dead (FTWD) and the martial arts mash-up Into the Badlands.

Set in LA and starring the familiar faces of industry veterans Cliff Curtis (Once were Warriors, Live Free or Die Hard), Kim Dickens (Gone Girl, Deadwood) and actor/musician/politician and all-round renaissance man Reuben Blades (The Milagro Beanfield War, The Counselor), FTWD looks set to capitalise on the worldwide success of its parent show and help kickstart the fledgling channel.

Advance reviews have been fairly positive – with the usual caveats about pilot episodes, which tend to be chiefly involved in scene-setting.

According to Bruce Tuchman, president of AMC Global and SundanceTV Global, social media reaction to the first transmission of FTWD on August 23 has been “phenomenal in its scale.”

This was backed up when overnight figures for the show were released – 10.1 million Live+SD viewers, the highest audience for a cable launch ever in terms of individuals and all key demos.

FTWD will debut three days after AMC UK’s launch, on Monday, August 31 at 21.00 – where Sky Atlantic traditionally airs its heaviest hitters (Game of Thrones, True Detective), but in this case the opposition will be David Simon’s Yonkers public-housing drama Show Me a Hero, justifiably hugely praised but of strictly niche appeal in the UK.

The six-part Into the Badlands, vaguely reminiscent of the 1970s David Carradine-starrer Kung Fu, follows the quest for enlightenment of Daniel Wu (The Man with the Iron Fists) and his young companion in a dystopian-future US ruled by warring feudal barons.

Eminently promotable, Into the Badlands is pencilled in for a 2016 run on AMC UK after its November 2015 transmission in the US and a first window on Amazon Prime.

Meanwhile, now in its third season (and already commissioned for a fourth run) on AMC’s SundanceTV, the critically acclaimed Rectify – created by Ray McKinnon (probably most familiar to audiences here as the tragic Reverend Smith in Deadwood) – is a slow-burning drama concerning the events surrounding the release of a death-row inmate after 19 years in prison when conflicting DNA evidence is discovered.

Rectify’s challenging script and occasional longueurs probably mean it’s unfortunately unlikely to be more than an acquired taste in the UK, but it is well worth checking out.

Another title new to the UK via AMC will be Manhattan (Lionsgate, pictured top), a critically well-regarded drama shown on WGN America in the US. Centred around the development of the atom bomb in Los Alamos in 1943, the show features some well-known faces including William Petersen (CSI) and Olivia Williams (Dollhouse, The Ghost Writer).

Some of AMC’s most popular series are already tied up with other UK broadcasters (Humans on Channel 4, The Walking Dead on Fox and Hell on Wheels on TCM), which means the channel will rely on movies, Mad Men (also on Sky Atlantic in the UK), Breaking Bad (Spike), FX’s rogue-cop series The Shield and the cult hit Weeds to bulk out the schedule.

Older AMC series such as the short-lived conspiracy thriller Rubicon (2010) could also get some airtime.

The US network also has a couple of hybrid docudramas – this year’s eight-part miniseries The Making of the Mob: New York and the forthcoming The West, a Sundance production that profiles the likes of Jesse James, Billy the Kid and Crazy Horse.

From details released so far, post-watershed movies playing on the UK channel will not at first include blockbuster hits, with a relatively low-key opening night line-up that includes George Clooney’s debut directorial effort Confessions of a Dangerous Mind (2002) and the Jim Thompson Noir thriller The Killer Inside Me (2010).

AMC US also plays host to retro-appeal series such as The Rifleman and The Three Stooges, which unsurprisingly will not cross the pond.

Upcoming John Le Carre adaptation The Night Manager (starring Hugh Laurie) as a coproduction with BBC (as Humans was with Channel 4) will also not be aired on AMC UK. AMC Global plans to continue these coproductions.

There exists the possibility of raiding the SundanceTV larder for shows such as The Red Road, a Banshee-style drama starring Jason Momoa (Game of Thrones, Conan the Barbarian), which ran to two six-part seasons, and the Cold War spy thriller Deutschland 83.

Also in development is Seth Rogen’s long-gestating comic book adaptation Preacher, set to air in the US next year.

Eager to use its existing libraries and distributor partnerships, AMC is unlikely to consider the Sky Atlantic route of international coproduced commissions in local territories, at least for the foreseeable future.

And, of course, the channel could always bolster its schedule with Nordic noir, which is pretty much a sure-fire way of attracting viewers. Scandi detective period series AD 1790 has yet to find a home – perhaps it will at last get an airing in the UK?