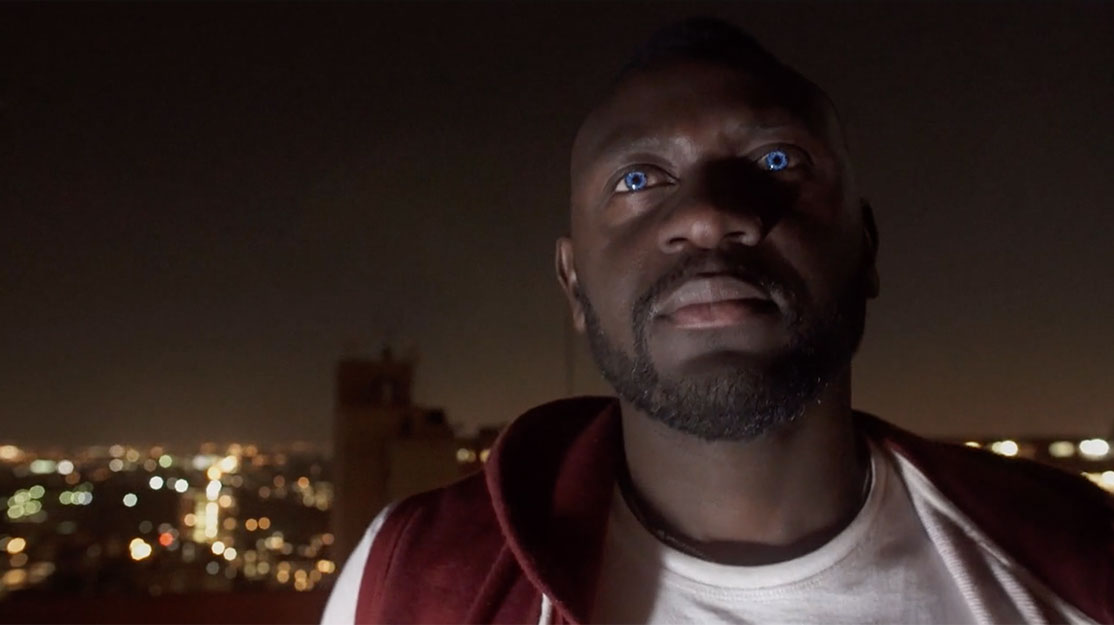 There are plenty of superheroes to call upon in TV these days. From The Flash and Arrow to Supergirl, Daredevil and the forthcoming Legends of Tomorrow, there’s no shortage of characters blessed with special powers and ambitions to save the world.

It tells the story of Eli King, a young man who acquires an array of supernatural abilities thanks to an alien crystal found in a cave at the Cradle of Humankind. The stone is left to him by his father, an enslaved miner who is murdered shortly after escaping.

As Eli tries to deal with the death of his father and find the men responsible, he must also grapple with the powers of the crystal and how it will change his life. However, the men he is hunting have crystals of their own and need Eli’s stone to fulfil an ancient and devastating prophecy that threatens the lives of millions.

Production is underway on the first eight-episode season, which is due to debut in February 2016. Amsterdam-based producer/distributor FCCE has signed on to shop the series, which has already been picked up by Etv in South Africa and Ebony Life TV.

Gareth Crocker, who has written and co-directs Jongo, says the show will appeal to family audiences around the world while possessing a “distinctly African soul.”

He continues: “We wanted to showcase the beauty and dynamism of the continent and of South Africa in particular. So many films and TV shows focus on the problems Africans face. Jongo will emphasise all that is wonderful and positive about this great continent of ours.

“Unlike many other international superhero films and series, Jongo will focus on telling a very human story, which will be amplified by impressive physical effects. We will not, however, overwhelm the show with superfluous computer-generated scenes. Jongo is, at its heart, a comedy drama. I can assure you that it won’t look like a glorified video game.”

Creating the world’s first African superhero TV show was “an enormous challenge,” says Crocker, who knew from the beginning that he wanted to make something quite different to other genre shows currently on air.

“My criticism of the superhero genre per se is a lot of the stuff looks exaggerated and fake,” he says. “We wanted the stuff to look authentic, we wanted to produce something people can connect to. We wanted real people who are quite closely aligned to the characters that we’d written.”

In particular, it proved to be a tricky affair casting the main character – until Pacou Mutombo, the man who would be Eli King, turned up in a rather unusual location.

“One thing we were very clear on right from the start is we wanted our superhero character to be authentically African, someone the continent as a whole could look up to,” says Crocker. “We searched for a long time and were beginning to despair a little bit until one afternoon he pretty much just landed in our laps. I was at my daughter’s dance recital and at the end of the show the presenter comes on and says that, as a little treat, one of the top hip hop dancers is going to perform for us.

“So Pacou comes on stage, takes the microphone, says a few words and just has such presence and such a beautiful voice. I look around and everyone’s spellbound by this guy. And then he starts to dance. The next thing I know I’m out of my chair, running to the stage and trying to get his attention because his presence, charisma and the way he moved his body – I realised this is our hero character, this is the Eli King we’ve been looking for.

“It’s one thing to watch a small person dance and be quite graceful. It’s quite another thing when a really big guy has complete control of his body. It’s such an advantage for us because we can use his physicality in the show. Sometime he’ll do something and if you watch it, it looks for sure like we’ve manipulated the footage.”

The team behind the show includes businessman and venture capitalist Chris Lawrance, who is the executive producer, and producer Phillip Wolmarans. Nick Keulemans is the cinematographer and the series is co-directed by Crocker and Fred Wolmarans.

They wanted Jongo to be as dynamic as possible and used equipment including drones, cranes and low-light cameras to make optimal use of on-location shooting in Johannesburg – “the New York of South Africa.”

Crocker explains: “A lot of the stuff we see on television looks like a soap, it’s two people sitting in a room talking. So we focus on a lot of movement – movement of cameras, movement of people in real environments doing real things. There’s boxing, piano playing, dancing. There’s no substitute for real life.

“Virtually the entire show is shot on location in Johannesburg. We shoot everywhere from the tops of buildings and in basements to tattoo parlours and theatres. The effects we use in the show are physical and we use them sparingly. They’re there to enhance and add to the show, not to dominate it.”

Jongo is also completely owned and controlled by Motion Story, which means the creative team can create the series they imagined without external influence.

“We also have the upfront financial backing of an investor who doesn’t just believe in the story but is passionate about what we’re trying to do,” Crocker adds. “That bodes well for a strong brand for the future. We think Jongo’s pretty special and we hope the world agrees.”