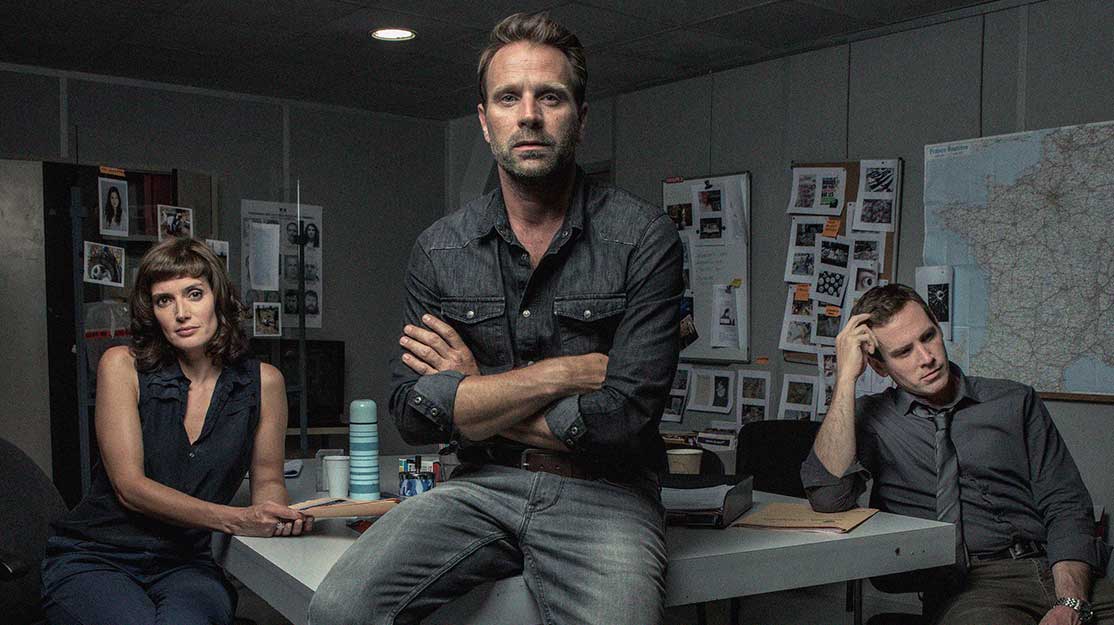 A vision of the future: UK indie producer Nevision

UK indie Nevision is shaking up the drama production model by investing in new writers and offering them a share of the business. Michael Pickard reports.

When independent producer Nevision announced a co-development deal with distributor Red Arrow International, it marked the latest stage in the growth of a company that puts writers at the heart of its business.

The first, Post One, is described as a high-concept series written by Gregory Edmont, while Geneva is a spy thriller from writer Matt Thorne. Both will be produced by Nevision and distributed by Red Arrow.

The partnership marks Nevision’s continued push into the global drama industry as it aims to exploit coproduction opportunities while developing its own slate of dramas in partnership with the creatives behind them. But that wasn’t always the plan.

Nevision launched in early 2013 with ambitions to support the drama sector by providing new streams of funding. But, spurred on by consolidation in the industry and the relatively small number of independent producers left in the UK, it began to focus more on the creative process – finding greater value in seeking out new writers and developing their ideas for television.

“What’s interesting is over the last couple of years in the independent sector, producers suddenly became bigger, were bought by multinationals and given a value none of us could understand,” explains Nevision producer Neil Zeiger (Kingdom, Collision).

“A lot of writers found they didn’t have any control over their work that had created the success that generated all that money. The writers we talked to wanted to control their output, and the only way you can really do that is by not giving it away to somebody else.”

Traditionally, writers might be paid for writing a treatment and then a script, but in turn hand over rights to the production company involved. Nevision promotes a different kind of relationship, where writers become partners and retain some control over the IP while Nevision moves the project forward through production, ensuring the original creator remains involved in the decision-making.

Zeiger continues: “We tell writers to come to us with something they really want to write. If they believe in a story, we’ll engage with them. Then you’ve got as much chance as everybody else in this business because the other bits that you put to it – cast, director, money – that’s just how you make a broadcaster feel relaxed. The key thing is we’re developing stuff that we believe in, that the writers believe in, and that’s all you can ever do. Ultimately, the only way you break through is with quality content.

Nevision is also in a position to help finance projects. In particular, it can plug funding gaps to help kickstart production and ensure broadcasters can put a series into their schedule.

“All the broadcaster has to worry about is whether it’s commissioned the right piece of drama, not whether it will get funding in time or if it has to get some money out of the distributor,” Nevision executive chairman James Cabourne notes. “All of that goes away.”

Zeiger continues: “Our funding model is flexible. There will be some productions where a coproduction makes sense simply because of geography. Other projects don’t require that, so we can deficit-fund, we can pre-sell. But it’s all balanced against the value of the work at the end. Are people going to want to watch it and is it going to make its money back?”

Bringing new writers to the screen isn’t an easy job, however. With broadcasters on the hunt for big ratings, they are naturally more inclined to work with established top-tier writers.

But Cabourne argues they need to take more risks and put their faith in emerging voices: “There is a coterie of writers who broadcasters fall over themselves to get, but the average person in the street has got no idea who wrote what. But they do know really good drama when they see it, and that’s where broadcasters need to loosen up.”

Nevision announced in 2014 that it was working with former FremantleMedia CEO David Ellender’s Slingshot Global Media on Oil, a drama set in the Persian Gulf during the 1970s.

Created by Alan Whiting (Wire in the Blood), Matthew Faulk and Mark Skeet, who writes the series, it follows a young American woman and her oil executive husband who live within the tight-knit community of expats from the US and Europe.

More recently, however, it bought a majority stake in distributor About Premium Content (APC), which has offices in London and Paris and counts drama Contact (pictured top) – which piloted on France’s TF1 – among its titles. The deal extended Nevision’s reach into Europe, where it has access to new funding and coproduction opportunities – possibilities enhanced further by the subsequent link with Red Arrow International.

“Neil and I have spent a long time understanding drama output in Europe, which is why we’re so fascinated with APC’s business,” says fellow producer Tim Buxton. “There’s a very different set of rules operating in Europe, with very different budgets. It is extraordinary what some of the Scandinavian and Spanish producers are able to make on budgets that the British can’t get their heads round.

“Broadening horizons into Europe gave us the confidence to say we’ve got some things that could attract European interest, whether in France, Spain or Germany. We have to remind ourselves that an awful lot of programming gets made outside the UK and some of it is remarkably good. Spanish dramas are being made for €400,000 ($450,000) an hour – you wonder how they do it.”

Nevision now has around 15 projects in development and is starting to pitch projects to UK broadcasters. It hopes to have two series in production or on air this year.

“As we’ve got more involved in Europe through APC, we can see how things can be done in different ways,” Cabourne adds. “The current model has worked for so long that people know any other way. We’re looking at different ways of making things – maybe you don’t go down the commission route; you take a risk and make something on a pre-sale basis. There are different strategies but people tend to do the same thing. We’re not going to just do one thing. We’re open.”