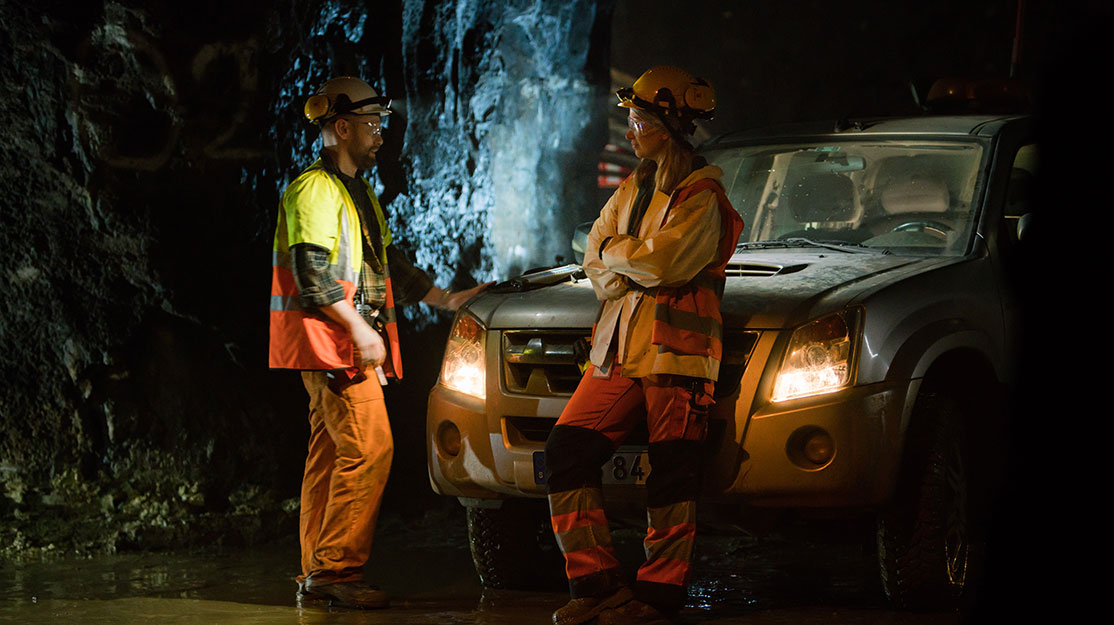 As a TV producer from Finland, I know Nordic noir is big news internationally. And while I’m delighted to see many of the region’s dark, brooding mysteries get great reviews abroad, at Fire Monkey we like to add our own twist to things. As a result, we tend to tread a less conventional path.

We did this with Black Widows, which added dark humour and more than a touch of soap to a convoluted tale of murder, and now we are breaking out again with The White Wall, an eight-part sci-fi mystery series coproduced with Nice Drama.

At the centre of the show is the titular huge wall, made of an unexplained material and found deep underground at the mining site of the world’s largest nuclear waste depository, in northern Sweden. The opening of the depository is running behind schedule and waste is piling up, so the project director wants to crack on and keep the wall a secret. However, he soon has to make a decision that may well be the most important in the history of mankind. Should they leave the wall alone? Or should they try to see what’s behind it?

We are using the ‘sci-fi mystery’ label to place the drama somewhere in people’s minds, but it’s not exactly what you might expect from the genre. The story is set in the present day and there are no overtly futuristic, paranormal or alien elements or characters. Instead, there is just a vast wall made from a strange material. Within the production team, we sometimes use the term ‘grounded sci-fi’ instead as it feels more relevant.

This is a very different kind of Nordic series and probably a first for the region. Finnish pubcaster YLE, Sweden’s SVT and distributor DRG got what we were trying to achieve straightaway, and while it wasn’t really like anything they’d seen before, they all saw that the central issues and our finely developed, real characters would resonate with audiences both in Scandinavia and worldwide.

The intriguing idea for The White Wall was brought to us by director Aleksi Salmenperä. He was keen to explore human curiosity – particularly the fact that people struggle with not understanding everything and will rarely leave things alone. But is leaving things alone sometimes the right thing to do?

The White Wall is also a very character-driven series. It’s about people searching for love and understanding in an extraordinary situation and risking their lives when fighting for the things they care about most. The wall also acts as a metaphor in some of our characters’ lives: many have obstacles they must get past to achieve their goals. What will happen when they break through?

Our characters exist in a unique world, with a specific set of rules and aesthetics, and the production reflects this. Aleksi’s story is set deep underground in the middle of nowhere, and so are we. There are no plastic rocks or studio mine sets on this series – from November 2018 until April this year, we are on location in the middle of nowhere in northern Finland. The surface is currently covered with a metre of snow, but we are filming more than 700 metres down in an unused part of a much bigger working mine.

We looked at a number of mines before we found the right location in Pyhäjärvi, Finland. It needed to work for our vision for the show, but it also needed to be relatively close to some of the supporting infrastructure we needed, such as hotels and supplies. We also wanted to ensure some of the surface scenes could be filmed in the vicinity.

Filming so far below the surface presents a whole new world of challenges, not least the fact that it takes 30 minutes to get up or down. Security is tight and there are also rigorous health and safety protocols to follow. The air and moisture levels are different too, which can impact on equipment. And, as with cast and crew, just getting large amounts of kit onto set takes time. One small item left in a truck can blow the shooting schedule for that day, so planning and organisation are more important than usual. Filming in the mine gives The White Wall authenticity and a spectacular look and feel, but it’s not an easy task.

Of course, everyone is curious to know what’s behind the wall. Rest assured, we haven’t left this to play out during production and we haven’t changed our minds over the months either. We knew from the outset precisely what would be there at the end. All I can quite confidently say is that our directors, Aleksi and Anna Zackrisson – and the writers, led by Mikko Pöllä – have incredible imaginations, and when it’s delivered in early 2020, it’s unlikely to be what you think…