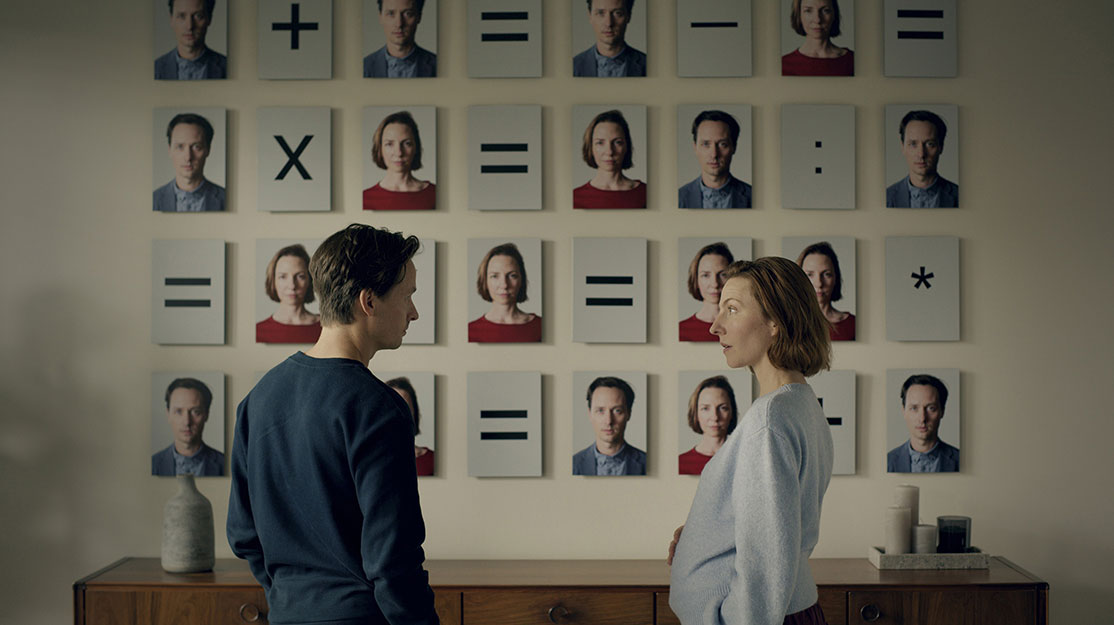 Showrunner David Schalko and producer John Lueftner take DQ behind the scenes of their six-part drama Ich und die Anderen (Me & the Others), a surreal road trip through the mind of one man with the power to change the behaviour of others.

How do you describe a series when even its promotional material says the show may not fit into any existing genre? Showrunner David Schalko admits himself that Ich und die Anderen (Me & the Others) is a completely unconventional series, without what could be considered a traditional structure or story.

It’s also notable that when the Sky Deutschland series had its virtual world premiere this month as part of the Berlinale Series programme during the Berlin International Film Festival, the organisers took the rare step to screen all six episodes, a decision Schalko endorsed.

“It’s a series that needs its time,” he tells DQ. “If you see the whole series, it makes a lot of difference because it’s not a classically told storyline or plot.”

Drawing stylistic comparisons to other dramas that dabble in visual surrealism, such as Legion, Maniac and Dispatches from Elsewhere, Me & the Others is the story of Tristan (Tom Schilling), who struggles with himself and the world. In each of episode, he has the opportunity to reshuffle the cards he is dealt and change the behaviour of those around him. The results are equal parts funny and tragic, taking viewers on a sometimes bizarre journey through themes of identity and ego.

In one episode, Tristan wants everyone to love him, resulting in him becoming a celebrity icon, drawing hundreds of followers akin to a cult leader. When he wants everyone to tell the truth, riots break out. Then when he wants to love others more than he loves himself, he becomes a tireless samaritan who can never do enough for those around him. It all leads to the idea that Tristan is in some sort of simulation, playing out different realities until he can find the best version of his life.

“It’s about one main character you see in every scene of the series. There’s nearly no scene without him because everything is told from his perspective,” Schalko says. “This is why it’s called Me & the Others. He is in a simulation and every episode is a different premise: in one episode, everyone knows everything about him; in another episode, everybody is telling each other the truth. It’s always about the relationship of him to other people. He can wish how to change the game, but his wishes always turn out differently from how he imagines.”

Austrian filmmaker Schalko is best known for series including Braunschlag, Altes Geld and M – Eine Stadt sucht einen Mörder (M – A City Hunts a Murderer), which is a modern reimagining of Fritz Lang’s iconic 1931 film M. With Me & the Others, he sought to tread a new path by creating a series that wasn’t plotted in a traditional way and that plays with themes about identity and people’s relationships with others – a timely topic in the age of social distancing and lockdowns.

“I didn’t want to tell a classic story. We see so many series coming out every week and they’re very similar in that they use cliffhangers [to continue the story],” he says. “I was thinking about something a bit different and something that doesn’t exist yet.

“It’s a very visual project, so you can compare it to my other work in that way,” Schalko continues, noting the eerie and unsettling style of M. “It also has the same cameraman working on it. But it’s a very different genre because M was about depression in society and this is more comedic and very surreal. You always have the feeling it takes place in the head of the hero and not in a naturalistic setup. There’s a style in the dialogue, and visually you could compare them, but it’s a very different story.”

Behind the scenes, Schalko once again teamed up with long-time producing partner John Lueftner, with whom he runs Vienna-based production company Superfilm Filmproduktions. Superfilm produces Me & the Others in association with Sky Studios, with NBCUniversal Global Distribution handling international sales.

“All the projects we’ve done over the last 16 years have been very special,” Lueftner says. “We were talking about this idea for a long time because it was something [Schalko] was thinking about, and I was very happy to find a partner in Sky to get it off the ground.”

The producer and Sky had been looking for a project to make together, and Lueftner says the broadcaster immediately responded to a one-page outline for Me & the Others, leading to further discussions about Schalko’s vision for the series.

“They commissioned it, he wrote the scripts and it was fairly easy,” Lueftner says. “As they said, they want to do the shows nobody else wants to do and this is really something that fits perfectly into that brief.”

“They were very positive about the project from the beginning and I always had [creative] freedom,” Schalko says. “It’s a complicated project and, at first sight, it’s not a very commercial project. It’s a very innovative project, so you have to really find someone who goes there with you. Sky was always encouraging and that’s what I really liked. The show was never going too far. It was always, ‘Is it right for the story or not?’ I hope people watch it, because it’s very rare for a channel to act like that.”

When working on any series, Schalko says he finds the scriptwriting the most interesting part, enjoying the process of searching for the right ingredients around which to build a story, before welcoming the chance to collaborate with others once the series heads into production. While he was writing Me & the Others, Schilling was often in his thoughts and so he was delighted when the actor agreed to take on the show’s demanding lead role.

Production began in Austria in mid-March last year, but as is now the familiar story for any series filming around that time, shooting was suspended because of Covid-19 just five days into the 62-day schedule. Me & the Others then became the first Sky original series to return to production during the pandemic in June, restarting under strict guidelines set out by Austrian regulators that included wearing masks, physical distancing on set, frequent hand washing and the establishment of a hygiene station where temperatures could be checked and masks, gloves and disinfectants were available.

Shutting down filming was “a complete disaster,” says Lueftner, “and one of the hardest, most unthinkable situations ever. It was really not easy. Everybody was frightened and nobody knew how to cope with the whole situation. It was the first lockdown for everybody, not just for us but for the whole team, but we were really lucky. David stays calm in almost every situation, and that was really helpful.

“We restarted immediately after the first wave of the disaster. Insurance wouldn’t cover production disruptions, so we worked on a solution together with several ministries in the Austrian government and the economic chamber in Austria to find a solution where the government took over insurance of such production disruptions. This worked out quickly and was a very smooth process for us because it enabled us to hold all the team together, and we restarted within a few months. We are in the fourth lockdown now; it’s unimaginable. We were really lucky.”

On set, the crew implemented a three-zone plan that had at its centre a closed set where Covid-negative actors could work freely alongside the director, camera, sound and lighting teams, as well as some other key staff. They were all tested every two days and kept away from the rest of the production, spending their downtime in isolation.

“People working on the closed set didn’t have to wear masks. We tested almost every day, especially at the beginning, and then we went to PCR tests twice a week, so we really had no disruptions in the creative process,” Lueftner adds. “Everyone in the bubble could work without any disruption and it worked out quite well. We did not have a single positive test in the whole period from the beginning of June to the end of shooting in August – about 4,000 PCR tests with not a single positive team member.”

There are also numerous scenes with hundreds of extras, who were also regularly tested. It would have been worth it, however, to be able to take part in scenes that included partying in a nightclub.

“Under different circumstances, it would have been illegal to be in a club [at that time] with 400 people dancing, so they were really partying because it was an unusual situation,” Schalko recalls. “For the creative perspective, [the Covid guidelines] were not really a restriction. I was really surprised how well it went with all the testing and those zones, and everybody got used to it very quickly.”

Those scenes featuring many extras were also pushed back to the end of the shoot to give the producers time to work out exactly how to film them.

“We didn’t know when it would be possible to do it because, at the beginning, nobody had the experience of how we could do it,” Schalko says. “We had a lot of extra scenes in the last week of shooting. One day, we had 400 people in a club, then 300 people in a park. We had a lot of people there in the last week. But it was very safe because every extra had to be tested twice. That’s why we never had one extra who tested positive.”

Though one season is already in the can, that’s only half the story, as Schalko already has another six to eight episodes in mind before the story will reach its conclusion, with parts of it already written.

However, he recognises that the show’s future is up to the viewers’ reaction and the thoughts of the network, and he urges people who do tune in when the show launches on Sky this summer to make sure they watch to the end. Much like the experiences of the show’s lead character, he promises Me & the Others “will not be what you think it will be.”