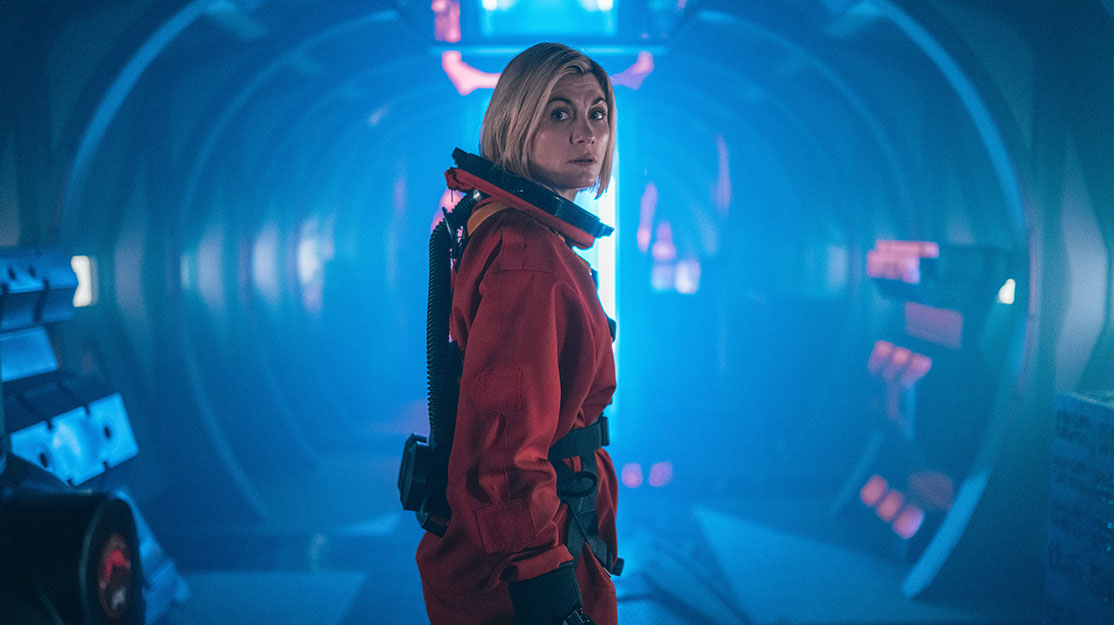 As Sex Education’s Ncuti Gatwa waits in the wings to take on the lead role, Doctor Who star Jodie Whittaker and showrunner Chris Chibnall reflect on their time on the iconic series and discuss making this weekend’s 90-minute special.

The longest-running science-fiction show in the world, Doctor Who needs no introduction.

Indeed, even if you’ve somehow managed to avoided ever actually watching an episode of the BBC institution that first aired in 1963, its indelible impact on pop culture means you almost certainly know the gist. And while much has changed down the years, the elements with which everyone is familiar remain: The Doctor, a charismatic, regularly regenerating Time Lord, uses a TARDIS (it’s bigger on the inside) to navigate space and time as they and their spirited companions face off against all manner of enemies.

Some of these foes are fleeting, but others – like the Daleks (‘exterminate!’), the Cybermen and The Master, archnemesis of The Doctor – have endured through the decades. So it’s fitting that in Jodie Whittaker’s last outing as the character, The Doctor must go up against all three.

Airing this Sunday, The Power of the Doctor is a 90-minute special episode commissioned to coincide with the BBC’s centenary. It comes after the 13th season of the show since its 2005 reboot, with Whittaker having led the cast since season 11. Two other post-S13 specials – Eve of the Daleks and Legend of the Sea Devils – aired earlier this year.

While plot details are closely guarded, we do know that the episode will conclude with Whittaker’s Doctor regenerating – a scene considered so important to fans that it was omitted from the press preview screening so that nobody would get a sneak peek.

Meanwhile, Mandip Gill returns as The Doctor’s faithful companion Yasmin Khan and Sacha Dhawan is back as evil genius The Master. In addition, the BBC promises plenty of surprises to delight viewers new and old – but again, these are top secret.

Here, speaking after the aforementioned screening, Whittaker and showrunner Chris Chibnall, who will be succeeded by the returning Russell T Davies, reflect on making the special and the secret to the iconic show’s longevity.

Chris Chibnall figured out the key points of this special episode a long time ago.
Chibnall: The story of The Master, the Daleks and the Cybermen was always going to be Jodie’s final episode. We talked with Sacha during season 12, Jodie’s second season, about him coming back for her final episode as soon as we saw a few days of him on set, so we always knew that.

Then when it became a 90-minute episode for the BBC centenary, there was that chance to have the past, present and the future all in one episode, and to really layer in my love of Doctor Who, do references to the past and just pack it full of easter eggs. The amount of surprises and secrets we have been keeping for such a long time… it feels like a relief to see them up there [on screen].

It had to be big, it had to be epic, it had to be emotional and it had to have lots of golden threads back to the past. A lot of people worked very hard to make all of those things happen and, yeah, I’m still recovering from seeing it all.

Filming her last episode as The Doctor was certainly an emotional experience for Jodie Whittaker.
Whittaker: It encapsulates everything that’s come out of Chris’s brain and his love of Doctor Who, and he brought us with him on that. I started crying really early on [when watching the episode], because I knew what was going to happen [with The Doctor regenerating at the end] and I was like, ‘We’ve still got 90 minutes!’

The star describes her spell on the show as the best time of her life…
Whittaker: Everybody talks about the Doctor Who ‘family,’ and it’s a really big deal to me that where people work is a happy space. We couldn’t have asked for a happier space. We were around an extraordinary crew who made us laugh every day and worked so hard in every department. The cast and everybody who came on threw their heart and soul into it.

You can’t describe what it’s like knowing that you’re in the best time of your life, but we knew it from the first week of filming. It’s been the most special time, and I got to do it side by side with friends who will be friends for life.

I’ve got my costume and other bits from my costume, and I’ve definitely got my sonic [screwdriver]. I nicked quite a few other bits, random things, quite early on. When we wrapped on a set, I’d be like, ‘Is anyone using that chair? I love that chair.’ I’ve got loads. I’m a right hoarder.

Whittaker is looking forward to seeing Gatwa take over her part.
Whittaker: Ncuti will be extraordinary and he will bring an audience that we haven’t reached. His performance will be so magical, and now we get to sit back and enjoy it as the fans we can be now, knowing that, whatever is to come, we were once a part of that.
You don’t know that when you’re about to step into something like this – all you feel is the narcissistic self-pressure. But now you can be out of it and go, ‘Right, we’re in the family and they can’t kick us out!’

However, she doesn’t feel like there’s much guidance she can offer her successor.
Whittaker: It’s yours for the taking. I’m certainly not going give that phenomenal actor any advice – he doesn’t need it from me! Just that it’s yours to own and you’ve earned it.

Chibnall has plenty to be proud of from his tenure as showrunner.
Chibnall: I think we made history – with Jodie as the first female Doctor, and with the team of writers and directors who came aboard the show, from all sorts of different heritages and backgrounds, and then told their stories. That’s what I’m really proud of. So we made history and it’s carrying on next year [with Gatwa as the first black Doctor], and that’s just brilliant.

Whittaker identifies many reasons for the show’s popularity and longevity…
Whittaker: I think it celebrates change; it celebrates what’s going on in the moment when it’s on as well as taking all this wealth of information from before and [looking to] the future.

It doesn’t have the limitations most shows have. You aren’t restricted to where these characters can go, who these characters are, and the social norms that often happen in TV. Because of that, it always feels incredibly current but completely ‘other’ as well.

It feels incredibly personal as well as incredibly epic. You aren’t able to say it’s a [specific genre]. Obviously it’s sci-fi, but it’s also historical, it’s sometimes ‘kitchen sink.’ Also, it’s for children, it’s for adults, it’s for everyone. Celebrating the outsider and the insider – that’s what makes it unique.

…while Chibnall is keen to emphasise the role of the BBC.
Chibnall: I would also say the thing that makes it magical is the BBC, because the BBC has kept it on air and a group of people at the BBC created it in the first place. They’ve kept it on air, reinvigorated it – thinking of the idea of regeneration when they needed to recast – they’ve changed it into colour, they’ve changed it into different formats.

The continued faith of the BBC in this show… it’s the most BBC show there is. It would not exist anywhere else. And the fact we’re in primetime on a Sunday night in the middle of October, with a standalone episode to celebrate the BBC’s centenary, is so appropriate but also incredible.