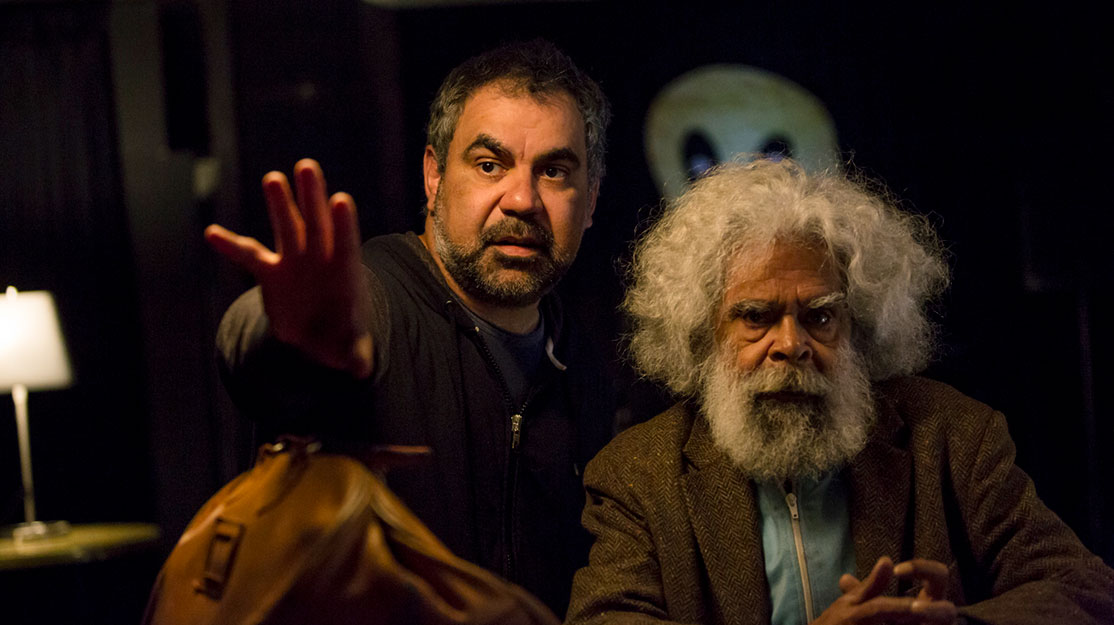 Australian director Wayne Blair talks about his career working behind the camera in film and television on shows such as Mystery Road and Total Control and the rise of Indigenous filmmaking.

From theatre actor to award-winning director, Australian filmmaker Wayne Blair has built a storied career on both sides of the camera over the past 20 years.

He has appeared on screen in series such as Redfern Now, Mystery Road, Seachange, Aftertaste and Wakefield, while also directing shows including Redfern Now, Cleverman and Mystery Road. But it was 2012 feature film The Sapphires, a musical comedy-drama about four Indigenous women who form the eponymous music group, that gave him his big break as a director, with the film screened at the Cannes Film Festival and winning numerous awards.

Now in the editing room for the second season of political drama Total Control, the director, actor, writer and producer spoke about his career in a keynote session during Content Australia On Demand.

After initially intending to study business, Blair got his taste for drama at Central Queensland University as part of his marketing degree before taking up a three-year course in acting at Queensland University of Technology.
I grew up on 80s films – Robert Zemeckis, Steven Spielberg, John G Avildsen – and worked at [rental store] Video Ezy back in the day when there was a Video Ezy. I was in the right place at the right time when I graduated and I started to do shows for Queensland Theatre – those education shows when three people would come out to your school. I learnt a lot about craft and storytelling then, but I also learnt a lot about writing. When we did shows and we were looking at other people’s writing, it taught me a lot about what was good, what was bad and I just responded to it really well.

Blair was in Sydney when he joined the Uncle Lester Bostock Mentorship Scheme that aimed to support Indigenous filmmakers, which gave him the opportunity to make his first short film.
It was a five minute film and made on the smell of an oily rag. Then I started to break down that wall of ‘I could actually start writing or directing.’ I had no experience in filmmaking, except for acting. Then, 12 months later, we’re invited to make a 10-minute film. After that I got my first Screen Australia-backed short film, which had a little bit more money. I made a film every two or three years while I was working in theatre and a little bit of Australian TV when there were hardly any Indigenous people or people of colour working in Australian TV and film. But that’s how I paid the bills back in beautiful Sydney in the early 2000s.

His breakthrough came with The Sunshine Club, a stage show performed by Queensland Theatre Company written and directed by Wesley Enoch.
Performing for the Queensland Theatre Company was the highlight of my life. It was like playing for Queensland Rugby League or playing for Australia in the Test cricket, or something like that. It was the best thing I could have done. That first play went to Brisbane in 1999 and then we brought it to the Sydney Opera House in 2000. Another breakthrough was when I did a play called Conversations with the Dead, and that show gave me a sense of confidence. It gave me some passion and drive in the sense of wanting something more. After that, I was involved in a show called The Sapphires, which was written by my good friend Tony Briggs. I was involved as an actor in that theatre show and that was another stepping stone. Then I was asked to direct the film of the show six or seven years later. But it was way back in 2004 that The Sapphires’ journey began.

Blair recalls the conversation he had with Briggs where he was first told producers were interested in remaking The Sapphires stage show as a film, and that Briggs wanted him to be the director.
I’d made short films by that time and they had travelled a little bit around the world and across Australia, and I was just a little bit perplexed that he would ask me. Then I went, ‘You know what, I’ll do it.’ I suppose I hadn’t bitten the apple yet [making a feature film] to know what that journey might be. I just said, ‘Yeah, I’ll do it.’ Of course you would do it, because one of your good friends asked you. And lo and behold, we got the money and we did it together and it did kick off something. Sometimes I wish I didn’t bite that apple as hard, but when you have a career and you say yes or no to certain things, sometimes you have to think about it and really choose what you need to do next.
I remember back in those days before you do your first feature film like The Sapphires, you’re not innocent [about the film business], it’s just you’re not thinking about the bigger picture, your career as such, where you need to go or what you need to do. You’re just thinking of the immediate moment of the first page of the script. You’re going beat by beat, scene by scene.

The little adventure Blair enjoyed making The Sapphires turned into a big one when it was selected for the Cannes Film Festival, putting him in the centre of one of the biggest events on the film calendar.
When we got into Cannes, I wasn’t all naïve. I realised it was a film festival in France and high value, as Berlin, Sundance, Toronto and Venice all were. I knew it was a special film festival. I didn’t realise how special it was until after the fact, when we came home, and I realised how important it was to everyone else. I understand I’m in a business but I didn’t realise, in all honesty, how important it was for the business of the film. That didn’t come into my world. It’s definitely in my world now.
Learning about that and then going back to what I wanted to do and where I’m at now, I feel like I’ve come full circle over the last few years being in this country, slowing down and trying to go back to that place where it was fun. That’s the key – it was organised fun. When you work with your friends and your family, it’s more fun. The benefits of every day going to work and working with people you trust and love and that have your back, but are also daring to go to the beyond and daring to be fired or courageous, is a really great thing. We’re all here to create a story that may change one person, that one person may change five, that five people might change 10 people. That’s what it was about and that’s where it is now.

Blair is now at the forefront of the Indigenous wave of filmmakers making their mark in Australia and beyond, alongside other directors such as Rachel Perkins and Warwick Thornton.
Did we know that it was a wave from the start? I’m not too sure. It’s definitely a wave now, with these emerging Indigenous filmmakers who happen to be telling stories across the spectrum. People are just being inspired or have the motivation and the skills – we definitely have the skills – and the resources to be taken to the next level. It’s inspiring for me to see and it’s quite humbling as well. There’s still a long way to go. We need to keep working at it and sharpening our tools. It’s just going from level to level, and you can see that with the amount of stories that are on our screen.
It’s funny being in Covid and just watching old Australian TV or films from 15 or 20 years ago, when an Indigenous person behind the camera, let alone in front of the camera, was still pretty scarce, so where we’re sitting now it feels solid enough. But tomorrow’s a new day and I just hope the opportunity is there in the next 12 months, as it was there 20 years ago.

More recently, Blair’s television work has involved limited series such as Mystery Road and Total Control, but the director points to shows that emerged on the back of films and series created by Indigenous filmmakers and paved the way for him to push forward in the industry.
It started for me with Redfern Now and another show, The Gods of Wheat Street, and then continued with shows like Cleverman and Mystery Road, taking the baton from [fellow dircetors] Ivan Sen and Rachel Perkins and working with Warwick [Thornton]. That was a really, really good thing. We were writing and directing those early shows like they were mainstream ABC shows, and I had never been involved in one in that respect. I’ll write an episode or I’ll direct a couple of episodes.
You didn’t realise how good that experience was with the resources that we had. But now, seven or eight years later, having the same opportunity on Mystery Road [season two] and working with great people in front of the camera and [stars] Aaron Pedersen and Jada Alberts, to name two, that was a really great opportunity. Then coming back to [Redfern Now producer] Blackfella Films and taking the baton from Rachel Perkins on a show like Total Control, that’s really great. And that’s what I’ve been involved in over the last six months, trying to make that work. You’ve just got to keep up the high bar they’ve set, so hopefully we can do that.

Blair says his greatest challenge is putting the camera equipment down long enough to take a holiday, while he admits a project would have to be something “really, really good” for him to move to Hollywood and leave Australia, where he can work alongside people he has known throughout his career.
On Total Control, I’ve picked up the baton from Rachel Perkins, and I’ve known her for 20 years. Darren Dale is the key producer on this one and I’ve known him for a while. The leading actor is Deborah Mailman, who I’ve known since the late 90s, from Queensland University of Technology.
And I’ll tell you what, it goes a long, long way when you work with someone and you have that instant trust, instant rapport and you’re not afraid to be constructive and to have constructive arguments or constructive conversations about where we’re going with the show. They’re small and minute, of course, but it’s all for the betterment of story or character. It’s fun, it’s not about ego and no-one’s putting you down. We’re always challenging the status quo to a certain degree and that feels good. You’re not afraid to be very wrong.