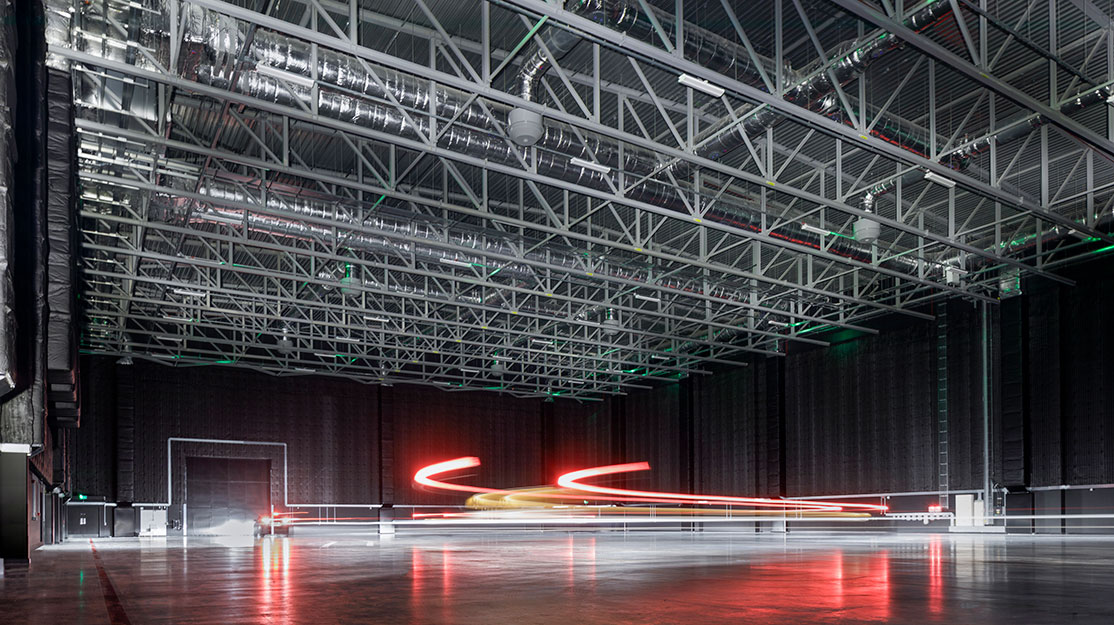 As London faces increasing demand for studio space, DQ visits Manchester to find out how the UK city and Space Studios are proving to be an attractive filming proposition for high-end television drama productions.

For many television makers and watchers, Manchester will always be known as the home of ITV’s iconic soap Coronation Street. The long-running series, its former home at Granada Studios and its move to MediaCityUK, where the BBC can also now be found, have certainly helped to put the north-west English city on the map when it comes to TV production.

But with the demand for studio space in London at an increasing premium, coupled with the requirement of UK broadcasters to see dramas created and set outside the capital, Manchester is now becoming an attractive destination for high-end drama producers through Space Studios and its partnership with Screen Manchester.

Located on the outskirts of the city centre, Space Studios still looks box fresh, with an array of towering sound stages, workshops, business units and car park space that doubles as room for unit bases. Equipment companies including Panavision and Provision are among those on site.

It was here that upcoming Sky1 street-racing drama Curfew took over three stages for six months of filming, while walking down the numerous corridors reveals that offices have been allocated to ITV crime drama The Bay’s costume department, BBC period series World on Fire’s art department and Amazon and Liberty Global’s psychological drama The Feed’s art department and production office.

Other recent dramas to have been filmed there include Cold Feet and The A Word.

Built on the site of the former West Gorton housing estate, which became synonymous with Channel 4 drama Shameless, Space Studios opened in May 2014 as a purpose-built facility for high-end TV, film and commercial production. Six sound stages offer more than 85,000 sq ft, with the imposing stage six, which opened in February this year as part of a £14m (US$17.9m) expansion, offering 30,000 sq ft alone, with adjacent room for props, set builds and dressing rooms.

The Space project was originally devised by Sue Woodward, a former MD of ITV Granada, founding director of social enterprise Sharp Futures and founder of The Sharp Project, a hub that is home to more than 60 entrepreneurs in the city specialising in digital content production, digital media and film and TV production. Both Space Studios and The Sharp Project are managed by Manchester Creative Digital Assets (MCDA), which was set up by Manchester City Council to oversee the city’s digital, production and creative sectors.

The Sharp Project was opened on the site of a former Sharp electronics distribution warehouse, which was bought by the city after the company vacated the premises. Series such as comedies Fresh Meat and Mount Pleasant have been filmed there and the success of the venture led to the decision to create a dedicated production facility on the site of a former Fujitsu electronics factory.

Colin Johnson, director of screens and facilities at Space Studios, recalls: “We knew that we could make television in the city because we’d done it at The Sharp Project, and we could tell there was going to be a big uplift in demand [for production space] because of OTT and SVoD platforms commissioning drama, tax breaks and people being displaced from London.”

Phase one was completed in 2014 and since then, “we’ve been pretty full ever since,” Johnson adds.

The land where stage six was built was a former Victorian pump factory, which was adopted by Space Studios once it became clear there was sufficient demand for a larger sound stage. Further space on an adjacent site has recently been cleared, with the potential to expand further.

Throughout its development, and beyond, it has also sought to be an anchor in the local community, working with Sharp Futures to offer apprenticeship schemes and keen to plug into the surrounding talent pool through job opportunities and skills days.

“London’s full and we’re here. It’s as simple as that,” Johnson says of Space Studios’ success. “We’ll show producers the space before they get the job and then they pick up the phone to us and say, ‘Have you got availability?’ We’re getting those calls because of the ground work we’ve put in early on. Some of the people bringing jobs in we showed round when stage six wasn’t there or showed round when we were a building site. We’re here – and London seems to be full.”

Rob Page, commercial director of MCDA, continues: “The ecology’s here as well, most importantly, in Manchester, whether it be crews or Screen Manchester assisting you while you’re on location. We’re not just another warehouse in the middle of nowhere without an ecosystem surrounding you.”

Much has been made of new studios planned for London, in particular a £100m proposal to build 12 sound stages as part of a complex in Dagenham, east London. Approval for the plans was received in February this year. But Johnson and Page stress that, in contrast, Space Studios is ready now. “We’re really well placed in that we have the skills, we’re in the centre of the country, we have the stages and these facilities,” Johnson adds.

Beyond Space Studios, Manchester has been home to location shoots for series including Age Before Beauty, No Offence, Our Girl, Snatch and Scott & Bailey. Castles and coastlines are also within reach of the city centre.

But until Screen Manchester launched in July 2017, the city didn’t have a formal film office. Since then, development manager Bobby Cochrane says Sky1’s Curfew has become the biggest drama Manchester has done to date. The office facilitated racing scenes by closing Mancunian Way, an elevated highway linking the east and west of the city.

Working in partnership with Space Studios, the aim is to become a one-stop shop where producers can find studio space, locations and seek permissions such as road closures under one roof.

Cochrane adds: “Manchester has got a central hub where everything you can do in the city is under one umbrella. We want it to be a global film-friendly city.”