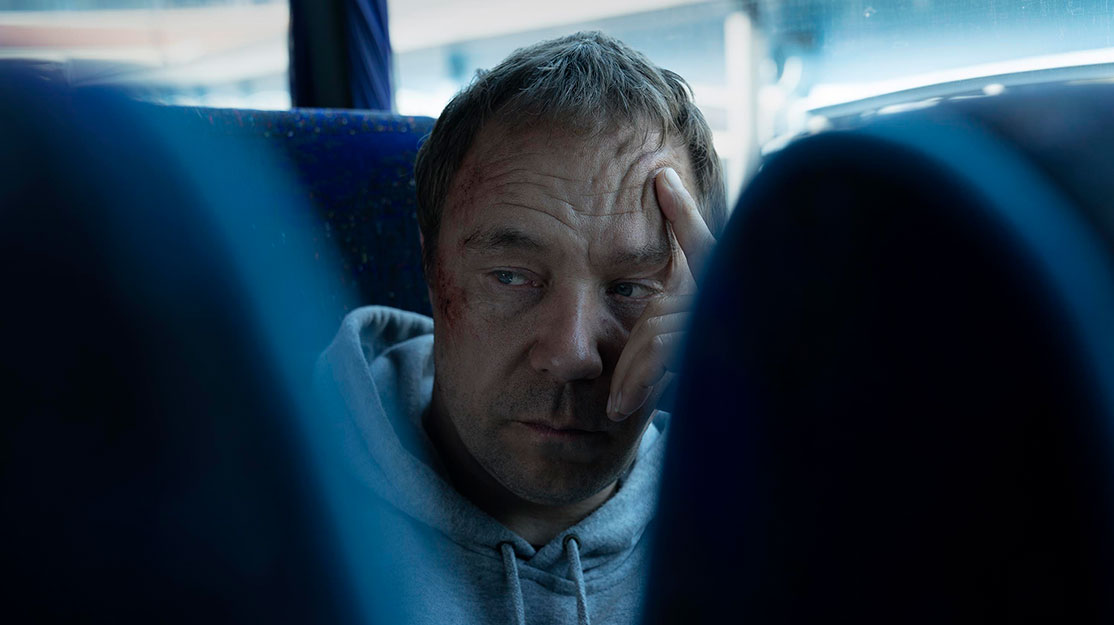 Stephen Graham gives an award-winning performance as a man facing up to his haunting past in Channel 4 miniseries The Virtues. Shane Meadows, the director known for This Is England, details how his own life experiences inspired the drama.

Best known as the man behind the This Is England film and its trio of TV sequels, Shane Meadows has a well-earned reputation as a writer and director who can deliver an emotional gut punch like no other.

So it should come as no surprise that his new series, The Virtues, promises to be just as powerful and affecting, touching on themes of child abuse, alcoholism, revenge and redemption. The show sees Meadows reunite with This Is England actor Stephen Graham, who goes straight from starring in season five of BBC1 police drama Line of Duty to leading the cast in this Channel 4 miniseries.

Graham plays Joseph, a recovering alcoholic who falls off the wagon in spectacular fashion when his ex-partner moves to Australia with their young son. Physically and mentally at rock bottom, Joseph withdraws the scant contents of his bank account and boards a ferry to Ireland to confront the truth about his childhood in the care system, a past he had gone to great lengths to bury.

After an arduous trip, he tracks down his long-lost sister Anna (fellow This Is England alum Helen Behan), who, after overcoming her shock and disbelief at being reunited with her brother, lets him stay at the home she shares with husband Michael (Frank Laverty). Taking on work at Michael’s construction company, Joseph is quickly forced to deal with long-repressed trauma when he meets Craigy (Mark O’Halloran), an outsider dogged by troubling rumours who recognises his new colleague.

The drama is given extra gravitas by the fact the story was inspired by traumatic events from Meadows’ own life, something he hints at when discussing the origins of the show, which he co-wrote with This Is England ’86, ’88 and ’90 collaborator Jack Thorne (National Treasure, Kiri).

Admitting the project had been in his head for some time, Meadows explains: “I’d been through something in my childhood that I didn’t realise had happened until I got to about 40. I got to the bottom of this thing that had happened in my life as a kid – I’d had fragmented memories. The sort of acorn, if you like, for Joseph’s journey was born out of what happened to me as a kid.

“When I discovered this thing, I sort of went into a place of trying to track down the people who had done it. I was like Columbo – but not a good Columbo; a sort of Travis Bickle-style Columbo. I was sat with my kids having tea one night and I’d just about tracked down this guy I wanted to find, and I wanted to confront him, basically.

“But I knew if I confronted him and, at any stage in that conversation, he smirked at me, I was probably going to jump over the table and bite something off his face. So I decided to ring Jack and talk about making something instead, which was probably far healthier.”

Meadows subsequently met up with his frequent collaborator to discuss the disturbing genesis of the story in the somewhat incongruous surroundings of a leisure centre. “I sat in a room with Jack and told him about this thing and said, ‘Ultimately, I don’t want this to be about me; it’s not about me. But I want to create a series where I get a chance to face somebody who wronged me.’ We [ended up] knowing we were going to make something rather than me go off and be naughty.”

Recalling the emotional meeting, Thorne picks up: “It was extraordinary. Just imagine two bald men sobbing. It was a real privilege to be trusted to be part of that – an experience the like of which I’d never had before. From then, it was just about trying to do our best with Shane’s heart.

Lightening the mood for a moment, he adds: “So yeah, that was the writing process – one of fear!”

With such delicate material, a heavyweight cast was always going needed to portray The Virtues’ array of troubled and layered characters. As such, Graham (Boardwalk Empire, Little Boy Blue, Save Me), another of Meadows’ regular collaborators, was the director’s choice for the lead from the beginning. And hearing the actor speak of his admiration for Meadows, it’s instantly clear there was no chance he was going to turn this one down.

“The experience is so overwhelming and it’s from a place of such purity and honesty and joy that, without wanting to sound wanky and pretentious, it’s not acting,” he says of working with the filmmaker. “You embody that character and that situation.

“Every single member of the crew, they’re so emotionally involved. They create this platform to enable you to play. The joy about Shane, without being disrespectful, is I’ve worked with a couple of directors who can be extremely opinionated about what [a performance] is meant to be and what it is, whereas Shane will take an idea and allow anyone to bring something else to the table.

“When you’re working with him, there’s no ‘wrong,’ it’s just looking at things in a different way. With how beautifully he orchestrates it and puts it together, these words just come flying out of your mouth.

“Shane was the first person to really have trust in me and to make me believe in my own ability. People would give their right arm to work with him.”

Both Meadows and Graham highlight the freedom afforded to the dialogue, with actors allowed to deviate from the script when caught up in the emotion of their performance. “There’s no script supervisor saying, ‘Ooh, where does it say that?’” Graham notes. “That doesn’t exist in this situation. It’s such a collaboration.”

On screen, this brings an added layer of realism to the drama as the characters’ lines never feel forced. Recalling a scene in episode one when Joseph talks to his son for the last time before his move to the other side of the world, Meadows says: “If you were writing it all out [not just the dialogue], you’d need something like 150 pages. But like in real life, there’s not that many lines. There are only two or three emotional moments, but they tell you everything.

“Sometimes when you write that on a page, it doesn’t seem like there’s enough information. But the great thing about working with actors like Stephen and the kid in that scene is they’re able to [pick up on] the subtext, and the things that aren’t said are sometimes the things that can push you back in your chair.”

A drama’s score is often key to heightening its emotional moments, and The Virtues seizes this opportunity thanks to music from celebrated British singer-songwriter PJ Harvey, whose involvement in the project was seemingly meant to be.

Contrasting the show’s music against This Is England’s very of-the-era soundtrack, Meadows says: “This was always going to be much more cinematic – I knew it had to be a score, rather than a soundtrack. As I was on the cusp of having a word with my agent about approaching PJ Harvey to see if she’d be interested, a letter arrived for me from her, saying she liked my work and would be interested in scoring it. So I got to play it cool in the first meeting!”

The director and musician collaborated on the score in a somewhat unusual manner. “The whole thing was done completely mobile. She read the scripts, she wrote tunes and she sent them to me,” Meadows explains. “She would never put the images on. A lot of times, people will score and they’ll sit there [and write to it], but she just wrote it and sent it to me.

“Sometimes she didn’t know which scenes I was going to use it in. She sent me these incredible soundscapes and they really inspired me, so it wasn’t the traditional thing where I would give her a finished episode and she would then write over the top of it. It was a two-way thing.”

Although the tracks Harvey supplied were intended as demos that could be tweaked according to the final episodes, both agreed they worked perfectly in their original form.

While viewers will have to wait and see whether Joseph gets a happy ending, the journey to bring this deeply personal story to the screen certainly seems to have been a cathartic experience for Meadows.

“I first spoke to Stephen about this part I don’t know how many years ago. I kind of knew it was coming but I didn’t quite know the reason why,” he says, adding that it “didn’t come to fruition” until his aforementioned realisation of childhood trauma. “This Is England and The Virtues were the two that I knew I had to get out the door before I went crackers.”