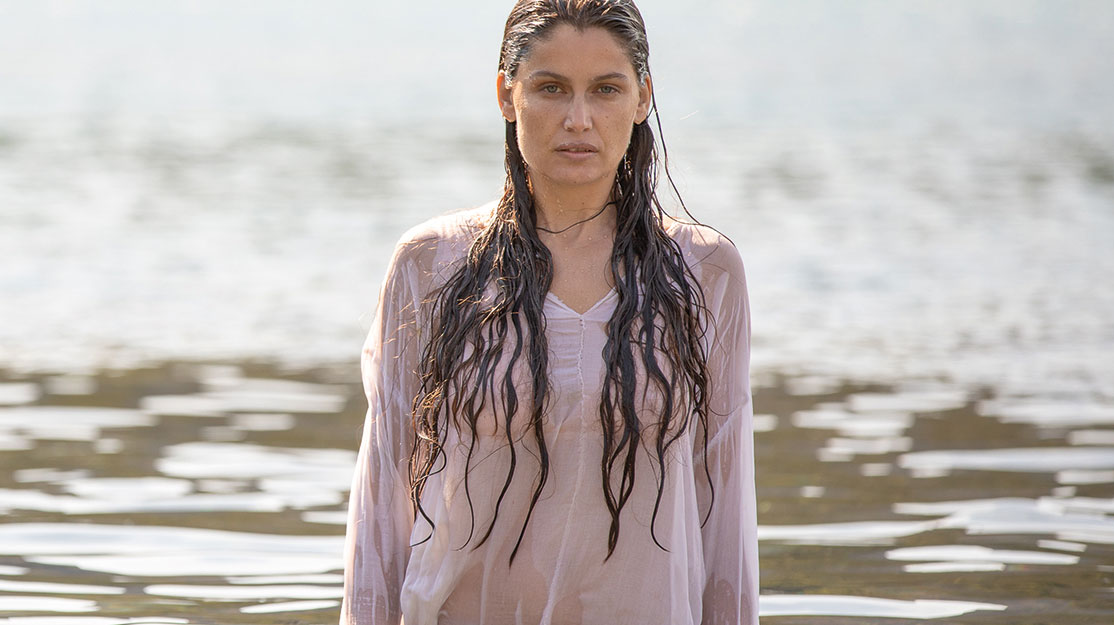 Director Julien Trousselier tells DQ how he added a splash of realism to French sirens-focused drama Une Île (Apnea), the latest in a slew of shows about the mythological beings.

In Greek mythology, sirens would use their enchanting singing to lure sailors to their doom. Today, it would appear the creatures have also placed a spell on TV execs, based on the number of series now with sirens at their centre.

Italy’s Naples-set Sirene (Sirens), US cable channel Freeform’s Siren and, most recently, Netflix’s first Australian original series Tidelands have each reimagined the legend in their own way. But none has taken a more “realistic” approach than French drama Une Île, according to its creators.

The series, known internationally as Apnea, is described as a disturbing and sensual thriller in which an idyllic Mediterranean island is hit by a fishing shortage. A series of suspicious deaths then occur in tandem with the arrival of Théa (played by Laetitia Casta, pictured above), a beautiful but strange woman rescued at sea, who hopes to reveal the true origins of an islander called Chloé (Noée Abita), someone who isn’t sure where she’s from or what she is. With Théa’s help, she will slowly discover herself.

Meanwhile, a cop called Bruno (Sergio Lopez) has been tracking Théa, following a trail of murders committed by someone who seemingly kills not for fun, but for survival.

Written by Aurélien Molas and Gaia Guasti, based on an idea by Simon Moutaïrou in partnership with Marica Romano, the series is produced by Image et Companie for French network Arte. Lagardere Studios Distribution is handling international sales, while the €6.2m (US$7m) series has also been backed by Amazon Prime Video, which has picked up rights for French-speaking Europe.

Producer Nicole Collet has been working on the project for the past two years, with director Julien Trousselier (Crime Time) joining 12 months ago in preparation for a 70-day shoot that took place on the island of Corsica between August and November last year. “It’s been a bit of a marathon in sprint mode, but luckily that was a very enriching experience,” says Trousselier, who directs all six episodes. “I’ve been learning a lot in the process about me and directing. The subject is a real challenge financially, creatively, for the crew and for everyone. These are big setups.”

Crime Time, the director’s first TV series, followed a small-time cop who becomes the host of the titular television series, in which crime scenes are broadcast every night, leading him to push the boundaries until he ends up creating crime scenes himself. Apnea, Trousselier says, couldn’t be more different.

“For me, this show was a big challenge because it was very much based on the characters,” he explains. “I was more into genre, but this was very authored, based on emotions and relationships and human drama, as well as an investigation. There’s this guy arriving on the island, trying to find this mysterious girl he’s been tracking for a long time. It’s an ecological fresco, an impossible love story between two kinds, and it’s about an awakening.

“The stories of sirens are all invented by men who were afraid of falling for women’s seduction. That’s why they kill them. It talks about how men are afraid of what is beautiful and want to destroy it because they’re not in control. So the show talks a lot about that, and there’s a big ecological twist as well.”

Trousselier believes the rise of siren series is down to a domino effect, with the launch of one building momentum for a genre many broadcasters would have been unlikely to dip their toes into just a few years ago. “Beyond the myth, the main appeal of this project was to treat this story and this subject very differently. We don’t have any fishtails – it’s a more realistic, character-driven series about what it is to be different in a human environment,” he says.

“It also comes back to the real myth of the sirens and having powers of seduction; the relationship between men and women; the impossible love between two kinds; and what would happen when a man meets a mermaid, leading to this impossible love affair. That was more the humanistic approach to it. Of course, there is a big scale to it – it’s not just above the water, it’s underwater too. We wanted to treat it very differently. There are no magical powers or anything like that. It’s a much more realistic approach.”

With that in mind, the director says it was important not to become sucked into the genre, keeping the series grounded in reality and following Chloé’s coming-of-age journey. “If we stick to those emotions and psychologies, you don’t get into the genre and then the genre is underground and somehow dissolves everywhere and triggers the narrative drive,” he continues. “It gives a good pace to the story.”

Trousselier, Collet and the production team also held lengthy discussions about how to avoid Apnea becoming too “cheesy” or falling into genre clichés. The director adopted a naturalistic approach, turning the tale into a story about a village under attack and bringing roughness and realism to the production.

Meanwhile, the filming location surprised Trousselier with its variety of landscapes, from idyllic sandy beaches to rough, rugged terrain. “When I arrived in the north of Corsica, it felt like I was in New Zealand in The Lord of the Rings and Middle Earth. It’s oppressive like Brittany, Cornwall or Scotland somehow,” he says. “You have a lot of variety. I really wanted to get away from this sunny Mediterranean look and make it dark, very antagonistic, natural and beautiful with a lot of scope and scale. Corsica gave me that. I managed to lose the viewer and create an unknown place. It’s not Corsica; it could be any beautiful island.”

The challenges of shooting both on and below the water led to some difficult decisions in pre-production, with Trousselier adamant he wanted to film in the ocean to give water-based scenes an immersive feel. At the end of production, a handful of days were spent picking up additional shots in a swimming pool, because shooting in open water can be prohibitively difficult and expensive when it comes to insurance. “But we did it and we split it with body doubles,” he says of the underwater scenes. “We took the girls and some of the boys underwater but did some extra shoots in the swimming pool. I wanted to do as little as possible in the pool to get the authentic environment. Everybody had training for diving, so it was a big setup.

“Every day’s a challenge when you’re filming such a series. You’re shooting five to six sequences a day. It’s written like a feature film, so the expectation is everything is a climax, and working with the actors is very intense. It’s a very ambitious show with a lot of stunts, talent and special effects, and 70 days to make it up in a tight budget is quite a big challenge. It was a major challenge in every aspect.”

It is Apnea’s approach both to storytelling and to filmmaking, however, that Trousselier believes will make it stand out from other series featuring sirens. “It’s unique in the sense you never see the story treated this way,” he adds. “It’s a deeper approach to that legend – it’s very realistic, mixed with a bit of the fantastic. The cop story also makes it unique. It’s not a teenage drama, it’s a grown-up show. There are a lot of young people in it, but the whole idea behind it is very new and refreshing.”