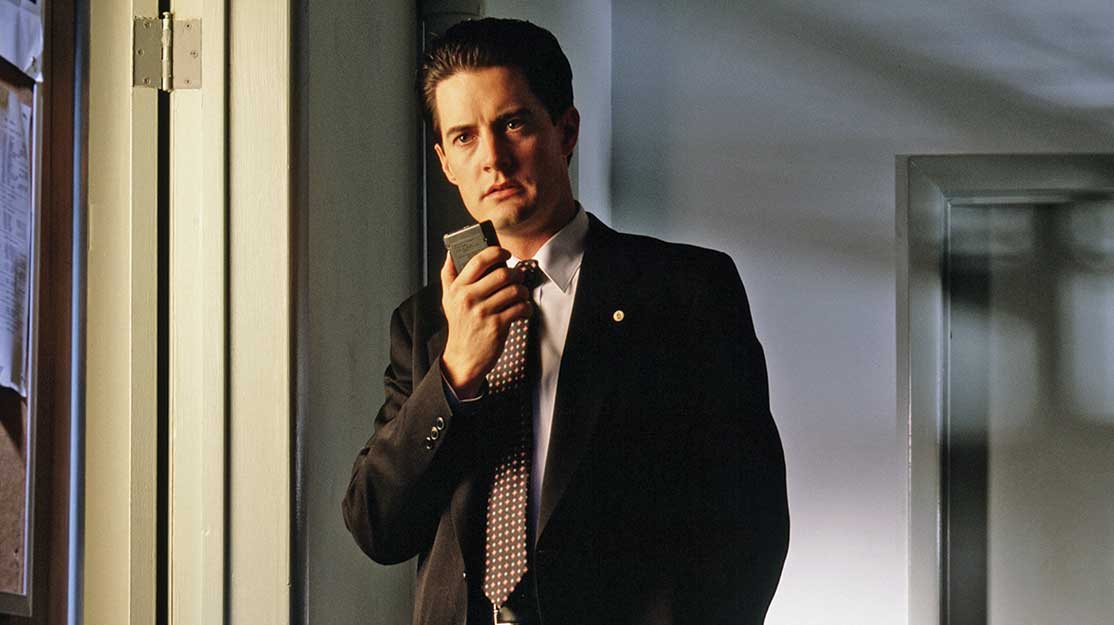 As Twin Peaks returns to television after a 26-year absence, DQ explores the wide-reaching impact the series had on the shows and creatives that came after it.

This Sunday, US premium pay TV channel Showtime will launch the return of Twin Peaks, the David Lynch and Mark Frost drama that first saw the light of day on ABC in 1990. No one knows what to expect, but if the new series is half as ingenious as the original, it will be worth adding to your watch list.

At a time when there is so much great drama on TV, it’s easy to lose sight of the show’s creative significance. The crime drama gripped millions of viewers as Kyle MacLachlan’s FBI agent Dale Cooper investigated the shocking murder of homecoming queen Laura Palmer (played by Sheryl Lee).

But most writers, producers and critics acknowledge that Twin Peaks paved the way for some of the industry’s most iconic scripted series.

Chris Carter’s The X-Files, which launched on Fox in 1993, is often cited as an early beneficiary of the Twin Peaks revolution. While the show had more procedural rigour than its predecessor, David Duchovny’s portrayal of FBI agent Fox Mulder owes much to MacLachlan’s Agent Cooper. In tone, pacing, geography, humour and supernatural suspense, the creative connection is clear.

Frank Spotnitz, founder of indie producer Big Light Productions, worked on The X-Files for a number of seasons as a writer and showrunner. He recalls that “a lot of us in the writers room were fans of Twin Peaks and the way it took television drama to a new place. It was one of those shows that just seemed impossible at the time. This was an era when the only things on network TV were shows about cops and doctors and lawyers. But then along came this clever, compelling, original series.

“It really was the show that changed what TV meant. It was so cinematic at a time when television drama was rigid. It was mysterious, sexy, chilling and atmospheric. The message it passed on to the rest of us was to have a sense of ambition. If you’re going to make TV, make sure it is as good as it can possibly be.”

Less immediately obvious is the impact Twin Peaks had on HBO’s landmark gangster series The Sopranos. But the creator of the latter, David Chase, has never been slow to acknowledge his creative debt to the rule-bending nature of Twin Peaks.

The impact of Twin Peaks is also evident in shows such as Lost, Bates Motel, Veronica Mars, Northern Exposure and Wayward Pines. But its impact didn’t stop at the US border. Both the pace of the show and its visual grammar were forerunners of Nordic noir – 10 years before the Scandinavians made their mark. For many, Danish hit Forbrydelsen (The Killing), with its meticulous attention to a single case, is a direct DNA descendant of Twin Peaks. So too is atmospheric French supernatural thriller Les Revenants (The Returned).

Twin Peaks’ use of language has also had a defining impact on high-end drama. How many times do we now see shows digress from the central narrative arc or wrong-foot audience with non sequiturs – just as Lynch and Frost did repeatedly with Twin Peaks?

And while there is always a danger of ‘over-attributing’ a work of art’s impact, there are many who see Twin Peaks’ focus on the horrors that exist beneath the surface of small-town life as the prototype for subsequent scripted series.

Showrunner Carlton Cuse admits the drama had a huge influence on his career: “It shaped the way Damon Lindelof and I approached Lost, and also my approach to Bates Motel.”

In terms of specifics, he says: “It was intensely visual at a time when most drama relied on dialogue. There was this visually arresting use of negative space – you’d find yourself watching traffic signals as they turned red to green. It was moody and lyrical, like something you’d get from European cinema. And at the same time there was an intentional ambiguity that forced the audience to puzzle out what was going on – not just watch. You had to pay close attention to make sense of things.”

As a seasoned TV professional, Cuse also has the utmost admiration for the fact the show even got made: “There are so many gatekeepers in TV that it was a profound achievement to convince network executives to let it get through in the way it did. It broke so many rules, and in doing so, emboldened Damon and I to break the rules with Lost. It challenged conventions and made a future in TV an attractive option.”

While it’s possible to see overt evidence of Twin Peaks’ impact in a show like Bates Motel, part of the point made by Cuse is that Lynch and Frost encouraged showrunners to interrogate process. So even where a show doesn’t immediately look the same as Twin Peaks, there can be a connection.

Rob Thomas, showrunner on critically acclaimed Veronica Mars and The CW’s ratings hit iZombie, is another who recalls the show-stopping impact of Twin Peaks: “It was the first show I remember going out of my way for. I used to drive to my buddy’s house 40 miles away across Texas to watch with a group of eight friends. We were just obsessed with the show and would record it on VHS so we could spend the next week picking over the clues. For me it was a bit like The Sex Pistols’ Never Mind the Bollocks. In a world of prog rock, someone let this crazy album happen. And it was like that with Twin Peaks.”

Interestingly Thomas says the show taught him lessons in both how to make TV and how not to make it. “I wouldn’t take anything away from the show. It had an amazing sense of style and inventiveness that I hadn’t seen in TV before. The offbeat dialogue contributed to a really singular voice. But I remember really thinking about it a lot when I was making Veronica Mars, because it seemed to me that parts of Twin Peaks weren’t mapped out in advance. There’s always a certain amount that you make up as you go along in a 22-episode show, but I was determined to have a clear idea of where I was going.”

Jane Campion’s mesmerising Top of the Lake is another critically acclaimed show that has been compared to Twin Peaks – in part because of its lyrical, atmospheric qualities but also because it is an example of a cinema auteur embracing TV.

Hakan Kousetta, COO of See-Saw Films, the company behind Top of the Lake, recalls watching Twin Peaks avidly when it first aired: “I was about 20 and couldn’t believe what I was watching. I loved the amazing characterisation, slow-burn narrative, ethereal music [composed by Angelo Badalamenti] and the mystical, moody atmosphere. It played with every assumption about what a television drama series should be.”

For Kousetta, the importance of the show is not just the list of genetic traits that have been handed down to today’s generation of drama producers, but the central role it gave to auteurs: “With Top of the Lake, we were at the forefront of the recent wave of feature film talent coming over to TV,” he says. “But, of course, David Lynch and Twin Peaks were way ahead of anybody. I think its real importance is that it bridged the gap between film and television – because that is one of the factors that is making today’s TV drama so interesting.”

“I think all of us bought into its filmic qualities,” she explains. “It was a dark, visually arresting piece of television that was unlike anything we’d seen before. Looking back, the thing that probably stands out most for me is the extraordinary casting. The show wasn’t filled with beautiful or gorgeous people. It prioritised quirky, interesting and weird talent, and that is something I see in drama casting today.”

Chatfield, whose company is a coproducer on Australian fantasy series Cleverman, also makes the point that Twin Peaks was an early example of world-building in TV, something that now informs so many series from Game of Thrones to The Walking Dead.

That this emphasis on a coherent mythology was intentional is evident from a 2014 Variety interview in which Mark Frost said: “I felt in Twin Peaks we were more or less filming a novel – drilling down to a level of detail you weren’t used to seeing in network storytelling. Over the years, many people have credited us with inspiring them to think differently in how to tell stories.”

Hopefully, a new generation of talent will feel equally inspired after the return of Twin Peaks.

The return of Twin Peaks: What do we know?

So what do we know about the new Twin Peaks? Well, not much, since those involved are sworn to secrecy.

The new project is 18 hours long, the cast is broadly the same – Kyle MacLachlan returns as Dale Cooper – and the action takes place 25 years after the occurrences of the original two seasons. This time lag is, reportedly, significant to the plot.

But just days ahead of the premiere, on Sunday May 21, little remains known about the story, although episode descriptions could provide some clues.

Meanwhile, the returning cast are continuing to remain steadfastly tightlipped about what is in store for viewers, with little being revealed ahead of its launch.

Speaking at the Television Critics Association’s winter press tour in January, David Lynch gave little away during a surprise appearance. But when quizzed on what viewers should expect, he said: “I see it as a film. And a film in parts is what people will experience. This word ‘expect’ is a magical word. People expect things, and their expectations are hopefully met when they see the thing.”

As to whether the show might go beyond its initial 18-episode run, Lynch said: “Before I said I wasn’t going to revisit it, and I did. You never say no. But right now there’s no plan for more.”

There is a possible hint of a warning in comments made by Showtime president David Nevins, who told Deadline Hollywood the new season “rewards close watching” and is “the pure-heroin version of David Lynch.” That sounds like it will appeal to Lynch junkies, but it may prove a little too challenging for most viewers.