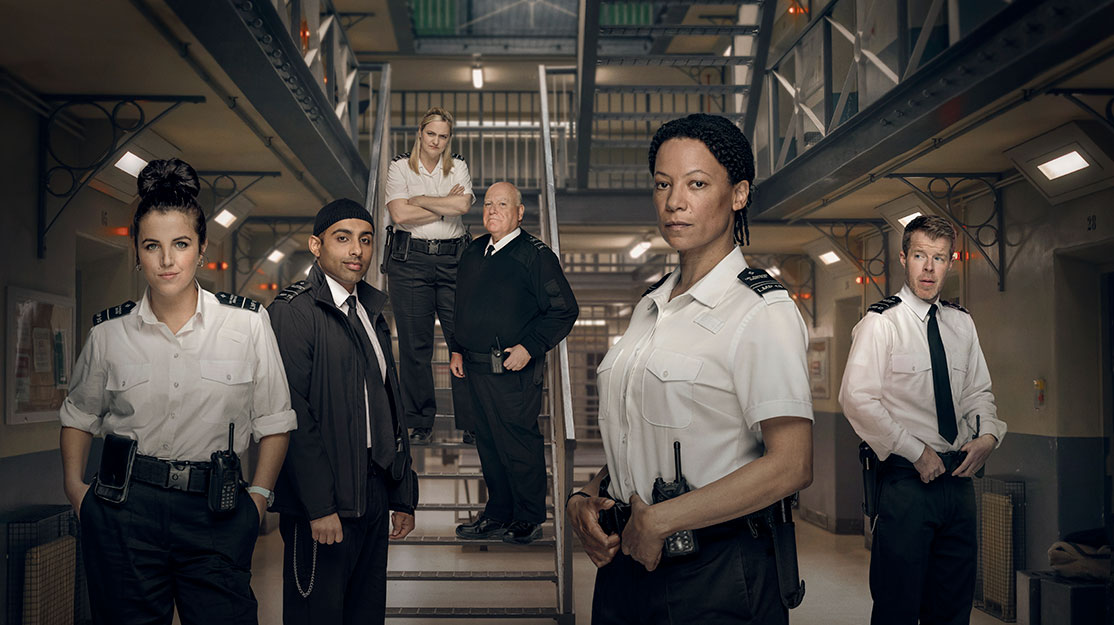 Turn of the Screw

Writer Rob Williams tells DQ how his own experience teaching and volunteering in prisons inspired him to write six-part Channel 4 drama Screw, which spotlights the work of the male and female staff in a busy men’s prison.

Prisons have long been popular arenas for television drama, with the numerous series set behind bars often taking very different approaches to the stories they tell. The BBC’s compelling Time focuses on the guilt of a new inmate who is coming to terms with his crime, while Netflix’s Orange is the New Black takes a comedic look at life in a women’s prison.

Meanwhile, HBO’s groundbreaking series Oz presents a visually dynamic set with parallels to The Wizard of Oz to follow the complex relationships between the prisoners and officers populating the experimental prison wing known as ‘Emerald City.’

But in Channel 4’s six-part Screw, which debuts tonight, writer Rob Williams has drawn on his own experiences working and volunteering inside prisons to present not just the grim existence of those carrying out their sentences but the sense of community that is fostered by those who live and work in these highly pressurised environments.

“It’s a world within a world – and a world I know really, really well. I’ve always wanted to write about it,” Williams tells DQ. “But it’s a fairly well-travelled road and I was really aware I’d have to have something new to bring to it. I just didn’t want to do the gritty, miserable, slightly ‘homework’ version of prison drama that people can start to expect if you’re not careful.

“It may be a cliché, but if you spend enough time in prison, you will meet every kind of person. They are often there as a result of the worst moments of their life. There’s a story behind all of them and it’s never black and white. That nuance can get slightly lost sometimes. I wanted to write that version, the one where, as well as the emergencies and the grittier side of life in prison, there is also laughter, friendship and fellowship, not just between prisoners but officers and prisoners, as well as between officers and officers.”

In particular, Williams wanted to shine a light on the prison officers who put on a uniform each day and go to work – something audiences can relate to even if they have no direct experience of prison life.

“We all go to work every day, so that was the idea, really, to give prison officers their show in a way they hadn’t really had before,” he continues. “Police officers, paramedics and firefighters have. These are public servants who do the job for all kinds of different reasons, but they don’t really get looked at very often – or if they do, it’s often quite negative coverage. I’m not glorifying any profession, but what I’m trying to do is to ‘dimensionalise’ it a bit, for prisoners and officers. My version of it is to say these are people too, and then hopefully you start to care about them.”

Williams is a television writer best known for BBC miniseries The Victim and upcoming Apple TV+ drama Suspicion, a remake of Israel’s False Flag. However, he originally went to art school and trained as an illustrator, before moving into teaching – a career step that led him to teach in prisons across the West Midlands. Another career change took him into publishing before he started writing for television, but his links to prison life continue today after he first began volunteering 13 years ago.

Those experiences have now informed Screw, which is set within the C Wing of a fictional men’s prison. In charge of the inmates are the group of ‘screws’ led by Leigh (Nina Sosanya), who has the respect of the prisoners but is keeping secrets from her team. Other officers include Ali (Faraz Ayub), Gary (Stephen Wright), Don (Ron Donachie) and Jackie (Laura Checkley), while viewers are introduced to life at Long Marsh Prison through the eyes of new recruit Rose (Jamie-Lee O’Donnell), who is given a baptism of fire by officers and prisoners alike.

From the outset, Williams was clear that Screw would not be directly inspired by any specific circumstances or people he encountered during his time working in prisons. As a writer, he wanted a blank canvas on which to create his own stories, rather than becoming “a slave to reality.”

“But what remains is the essence of the world, where when you haven’t got the big things to worry about – the small things become big,” he says. “There are definitely amalgamations of characters that I’ve met along the way.”

During production of The Victim, STV Studios executive producer Sarah Brown (Elizabeth is Missing) asked Williams what he wanted to write about, querying why, as he was always talking about prisons, he wasn’t writing about them.

“I suppose that planted a bit of a seed,” he says. “I was walking across a wing one day and saw a very young female officer, I would guess 20. She was very slight but she had authority. She looked like Amy Winehouse – she looked amazing. She wasn’t cowed at all and she was doing a great job. I just thought, ‘She’s a great character. I wonder what her story is.’”

That officer partly inspired the character of Rose, while Williams also wanted to present a fresh view of a world many people will never encounter first hand but remain fascinated by. Screw, which is produced by STV Studios and distributed by Banijay Rights, notably features many lighter moments among the more tense scenes viewers tend to expect from a prison drama.

“I want to show laughter and I want to show fellowship and lighter moments. But, equally, I don’t want to be accused of furthering that agenda of, ‘Oh, prisons are a holiday camp. Everyone is just having a laugh all the time,’ because nothing could be further from the truth,” he says. “It’s a difficult line to tread and I hope we’ve got it right.”

They also worked on the basis that if Screw only ran to its initial six-episode order, there were certain themes and stories that a prison show in 2022 needed to confront. Bullying, drugs and a story about a transgender prisoner feature in the first two episodes.

The introduction of a new character in episode three also proved to be pivotal to how the show pans out, with Williams describing his joy at being surprised in the writers room by how events in the series evolved, rather than having a clear outline from the beginning.

“There were some topics we knew had to be there because otherwise it wouldn’t reflect the world we live in,” he says. “So we have these episodic stories tied to prisoners, and then we are telling this overarching story about these two complicated women who both need to have arcs across the series. That was the spine.”

The cast and crew of Screw had the “luxury” of rehearsal time with lead director Vaughan, though Williams admits he underestimated how much information would need to be passed on to the actors about what life in prison is actually like.

“It’s not like a supermarket where everybody goes,” he notes. “Most people have never been inside these places, so it’s very hard, unless you’re told. I’ve spent quite a bit of time in there, whereas most people haven’t. There was just a lot of downloading, both from me and our advisors. We had great advisors on this show.”

Filming took place at Glasgow’s historic Kelvin Hall on a purpose-built, three-storey prison wing created by production designer Dave Arrowsmith, after an extensive search for a working or abandoned prison they could use turned out fruitless. The set proved to be a key component of the series, with Williams setting 95% of the series inside the prison.

“It’s eerily good,” he says of the set. “I would leave Glasgow sometimes on the Friday and go and be on an actual prison wing on a Saturday and just feel like I hadn’t left. We also had serving prison officers on set most the time and they were absolutely blown away by it. There were working cells and lockable doors, and it meant the directors had a lot more freedom. We could float walls and we could get angles that you couldn’t in an actual working prison.”

While Williams hopes Screw reflects the world and the work of prison officers, he is clear that “first and foremost, it’s a piece of entertainment. I don’t want this to feel like homework for anybody. That’s not the point.”

But he does hope the show provides a grounded platform to tackle assumptions about both prisoners and prison officers. “Actually, they share that world every day,” he says. “Yes, the officers go home at the end of it, and that’s a massive difference, obviously. But both groups of people will benefit from people understanding a bit more about what it’s like inside and what’s going on and what’s not going on in prisons. I hope both groups will feel like it’s a worthwhile piece of drama.”

So does Williams expect prisoners to tune in? “I don’t know,” he laughs. “The things I know are popular are Match of the Day and The X Factor. Newsnight is actually is very popular, and all the police shows and movies, so maybe.”