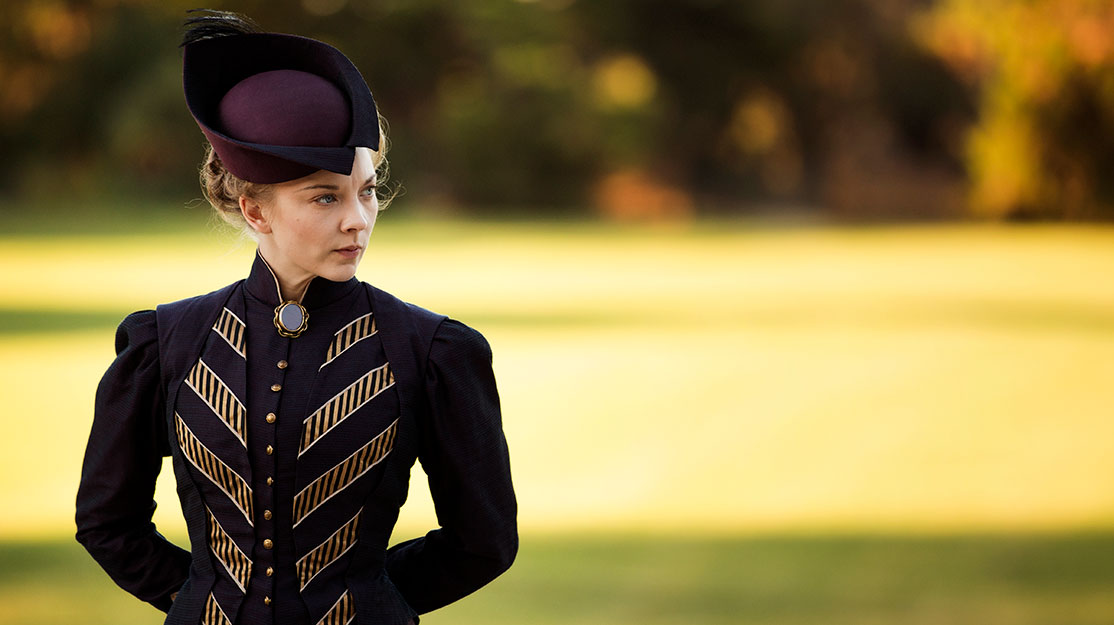 Trying on a different hat

Actor Natalie Dormer explains how working on an independent feature film and Australian drama Picnic at Hanging Rock encouraged her to take more control behind the camera.

Natalie Dormer’s career to date might be noted for her on-screen appearances in Game of Thrones and Picnic at Hanging Rock, but she’s also had a long-standing if less noted interest off-screen too.

It was back in 2009 that the UK actor started co-writing indie feature In Darkness with her then other half Anthony Byrne, when by her own admission she was going through “a moment of frustration” with her career over the roles she was being offered.

Fast-forward a decade or so and Dormer now has a production deal with global giant Fremantle designed to allow her to fulfil her ambitions behind the camera but also steer her career in front of it too.

“I want to push myself as a storyteller, both as an actor and behind the camera,” she says. “But as an actor I feel the only way to not be offered the same role I’ve done before is to grab the reins myself a little bit. Then once you’ve shown people you have that skill, it begets itself and hopefully the snowball starts going down the hill.”

While working on thriller In Darkness, which took six years “to draft, re-draft, finance and produce,” Dormer was also acting in shows such as HBO’s Game of Thrones, and CBS’s Elementary, plus movie The Professor & the Madman. And it was during this period that she had the “privilege of standing next to ‘monitor village’ and working closely with directors and producers.”

“There were five or six years where I really started to think about storytelling beyond the acting talent remit and my appetite got whetted, I got a taste for it and the team camaraderie,” she says.

“I learned so much in the years of development [on In Darkness] and then the post-production process and the promotion of that,” Dormer continues, adding that the lower budget nature of the show also meant she gained experience of attracting off-screen talent without the ability to pay top dollar.

“Everyone is on a job like that out of a passion to make a statement for themselves of some sort in terms of their creative discipline.

“I learned so much that it made me hungry to continue the process. I felt part of the team, and it was really invigorating being part of that core of producers, directors and lead writers. It’s addictive – how can we improve this story?”

It has also made Dormer a much better actor, she says, because she was privy to conversations that are normally kept from on-screen ears. “I went to dinners not with actors but with editors and producers so I was surreptitiously amassing an entire skill set without even realising it.”

Dormer, who most recently starred in Foxtel and Amazon drama Picnic at Hanging Rock, adds that “without sounding wanky” she has “a natural instinct for storytelling” that also propelled her career in its current direction.

“I realised that as well as wanting to hold the harness over my own career because of the frustration with the roles I was being offered, I also got a real kick out of finding stories, pitching them, finding colleagues – and that brings me up to where I am.”

Precisely, that is a first-look production deal with Fremantle to create a slate of projects, with Dormer already working with the prodco on Vivling, a series based on the life of Gone with the Wind star Vivien Leigh.

“At a basic level I have a first-look deal with Fremantle but they also give me financial support and an infrastructure to feel supported as I develop my slate,” she says, adding that the relationship developed during filming for the prodco’s drama Picnic at Hanging Rock.

“We shot In Darkness in 2016 and I had a producer credit on that, and I had this ground-shifting experience of shooting my own indie film. Quickly after that I went onto set [on The Professor & the Madman] with Mel Gibson and Sean Penn, and they’d both directed so I spoke to them. Then I went to do Picnic at Hanging Rock in Australia and hung out with a lot of people who were doing it and had done it – I was trying to find my centre and confidence.”

Dormer admits to experiencing “some teething problems” on the Aussie show, partly because “it was such an ambitious and wonderful project” but the experience drew her together with Fremantle’s exec VP, creative director of global drama Christian Vesper.

“The amazing Christian Vesper came out to Australia to speak to me and [showrunner/director] Larysa Kondracki to help smooth out those early teething problems,” she explains. “Through him and I having conversations, we realised we were simpatico. The Fremantle ethos at the moment is being a place where talent has a home. They’re nurturing those talent deals in a way that America is more used to than we are on this side of the pond, although we are going that way.

“Fremantle has a strong desire to nurture those creative relationships,” she adds, with this ultimately leading to the deal revealed late in 2018. Dormer was already working with Fremantle on Vivling, which also has UK production company Mainstreet Pictures attached. The story will explore Leigh’s marriage to Laurence Olivier and her Academy Award-winning performances in Gone with the Wind and A Streetcar Named Desire, plus themes of equality, abuses of power and mental health.

Acclaimed screenwriter Stewart Harcourt (Maigret, Churchill’s Secret) is on board and reportedly has access to a wealth of archive material alongside Kendra Bean’s book Vivien Leigh – An Intimate Portrait. Fremantle will hold the global distribution rights to the series, with Dormer serving as producer as well as starring.

So will Dormer’s Fremantle deal enable her to pick and choose which roles she would like to play? “Some stories might have a nice small cameo role I could play,” she explains, “and Viv is specifically a vehicle to show an acting range. On a few of the other projects, I don’t know yet. Possibly no – I’m hoping to be so busy that it won’t be possible to do them all.”

What’s clearer is that Vivling will join the growing number of shows with a strong female protagonist, a trend that is finally now making its mark. “When you turn on the TV, there are all these female-protagonist shows. It is the golden era of TV and we’re on the crest of a wave with the three-dimensional female protagonist upon us. It’s long overdue.”

Inclusivity across the board is improving, she adds, but there remains a long way to go. The hope for Dormer is that she can attract some of that talent – both known and yet to be discovered – to develop projects that reflect the passion of those working on them.

“We all like money,” she jokes, “but what I can bring to this Fremantle situation is that I know what can attract creatives to a project, and that isn’t necessarily anything to do with a bank balance.

“People have points to make about what they can do, and it’s not just actors. Across the board, directors, producers and writers get pigeon-holed just as much as acting talent.”

With almost a decade of experience both in front of and behind the camera, Dormer is now looking to use her first-hand experience to change that.