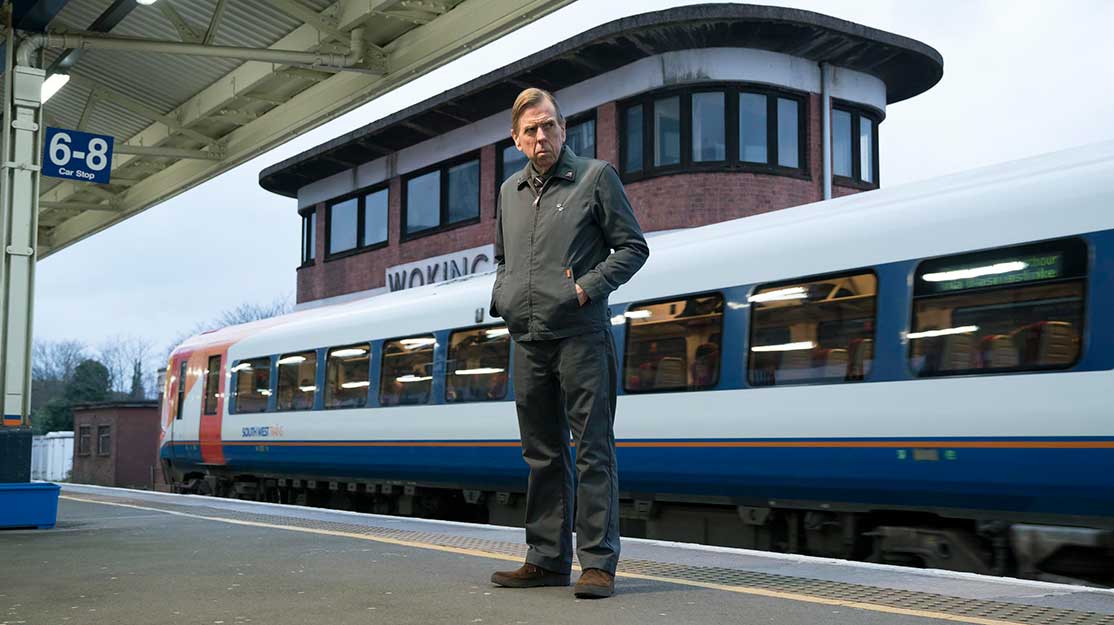 When it came to choosing one of Philip K Dick’s short stories to adapt for sci-fi anthology series Electric Dreams, it’s surprising Jack Thorne didn’t choose one centring on time travel – because surely time travel is only way the award-winning writer can juggle the remarkable number of television projects to which he is currently committed.

Best known for his work on Skins, Shane Meadow’s This is England series, The Last Panthers and National Treasure, Thorne’s upcoming projects include The Eddy, Kiri and another Meadows project, The Virtues. He is also adapting Philip Pullman’s His Dark Materials for the BBC.

On the side, he’s also written film screenplays for Wonder, War Book and A Long Way Down, among others, and has been brought in to work on the script for Star Wars XI. And if that wasn’t enough, he co-created and wrote the book for the awards-laden play Harry Potter & the Cursed Child.

Yet when the producers of Electric Dreams (including Ronald D Moore and Bryan Cranston) came calling, it was understandably hard to resist. So Thorne took inspiration from his own experiences when he chose to bring Dick’s The Commuter to the screen.

In the affecting adaptation, which airs as the third of 10 hour-long films in the series this Sunday on Channel 4, Timothy Spall stars as Ed Jacobson, an unassuming employee at a train station who is alarmed to find a number of daily commuters are travelling to a town that shouldn’t exist. When he makes the journey himself, he finds himself confronted with an alternate reality that forces him to confront his relationship with his wife Mary (Rebecca Manley) and his troubled son Sam (Anthony Boyle).

“It made me think about my granddad, who was a ticket clerk at Euston and whose son was a paranoid schizophrenic and who ended up quite seriously depressed,” Thorne explains. “He couldn’t cope with having my uncle for a son. So when I was thinking about that idea, his ideal wouldn’t be desert islands and coconut juice, it would be a pretty town that he could walk through where everyone was nice. It was just thinking about the idea of removing things from your life and whether that would make your life better.”

At the centre of the story is a choice offered to Ed by Linda (Tuppence Middleton), who is perhaps best described as a guardian angel, steering Ed towards the town of Macon Heights – a place that doesn’t exist on any maps. In this seemingly perfect place, Ed finds the problems brought about by his son don’t exist – because neither does he. Ed then faces a decision about whether to live this new life or revert back to his old one, with his son back in the family home.

“I’m interested to know whether people think he makes the right choice, actually, because I think there is a logic [to both options],” Thorne adds of the dilemma.

Middleton admits her only previous experience of Philip K Dick was Blade Runner-inspiration Do Androids Dream of Electric Sheep?, a full-length novel. “I actually hadn’t read any of [Dick’s] short stories before doing The Commuter,” says the actor, who recently starred in the BBC’s War & Peace.

“I didn’t want to read the entire back catalogue of his short stories before we did this. I just wanted to concentrate on The Commuter. What I really like about this story is I love sci-fi that’s really rooted in reality and it feels like something extraordinary happens in a very ordinary world. There’s such a huge spectrum with sci-fi – it can be otherworldly, outer space, aliens, or just something very ordinary with something strange going on, and that’s the sci-fi that interests me the most and why I was excited to do this.”

In the original text, Linda is actually a short, bespectacled man. But Thorne opted to change things around for the television adaptation – “very fortunately for me,” says Middleton, who adds: “I felt like I had quite a lot of creative freedom with it. There wasn’t anything I was basing it on particularly. But we talked quite a lot about Linda before we started in that we didn’t want to make her either angel or devil.

In contrast, Boyle based his character on something very real after speaking to a counsellor who had worked with kids with psychotic issues. “We spoke a lot about how they behaved and dressed,” he explains. “There was a lot about hats and keeping their heads low and their body language, so it was really useful to have the counsellors to speak to. It was amazing working with Tom and Jack because they just guided me through. It was an absolute joy. It was a bit difficult at times but Tom was just like a dad on set – if anything got a bit much, he was there for a cuddle!”

Harper, known for his work on Peaky Blinders and War & Peace, was drawn to Thorne’s study of one man’s breakdown, which he describes as “really emotional.”

“What really appealed to me about it, and I’m not a massive sci-fi fan, was that it was sci-fi through the prism of one man’s experience,” he explains. “The original short story is fascinating, it’s clever and makes you think, but it’s not such a rich character study, certainly. It was that human story that really appealed to me and how you would fight for the love of your son, despite the costs, for better or for worse.”

The cast and crew descended on Woking, Surrey, to film scenes set in the train station, while Poundbury, the Dorset ‘new town’ championed by Prince Charles, doubled for the otherworldly Macon Heights.

“We did nothing to it,” Harper says of Poundbury. “It was built very recently and it has a very artificial feel. It’s an ideal town, built to spec from a set of plans rather than having emerged over time, so it does have this strange feel. I think it will get less strange as it matures.”

Middleton continues: “It’s such an amazing place. What makes it so bizarre is all the buildings are built as if they’re period buildings, but they’re all new, so it kind of feels like something isn’t right. You can’t feel the history coming out of the buildings. So it does feel like a set, which really helped for those scenes because we’re in this unreal world.”

Thorne compares his work on The Commuter to writing a short film, with less than 60 minutes to tell a complex, emotion-filled story that the audience must be challenged by, yet not so challenged that its themes and ideas are incomprehensible.

To help him, the writer would often have calls to discuss the episode and receive notes from the executive producers, among them Battlestar Galactica’s Moore.

“I’m a massive Battlestar fan so working with him was very exciting,” Thorne says. “To be honest, you do these notes calls and get these voices – there was like 10 of them – and I think I knew which notes were coming from him but I wasn’t entirely sure. It was just these disembodied voices on the end of the phone. I got lots of clever notes from lots of clever people.”

While Electric Dreams populates a very different strand of science fiction, comparisons to another genre series, Black Mirror, which also started life on Channel 4, are inevitable. It’s interesting to note, however, that rather than dismiss any similarities between the two series, Thorne actively sought to put distance between The Commuter and anything that might make a Black Mirror episode.

It’s the ending to The Commuter that could prove divisive among viewers, as Ed faces the extremely personal decision about whether to fight for his relationship with his son or to continue life in an altered reality.

“Jack and I spoke a lot about it and we maybe even have slightly different ideas about what Ed should do at the end,” Harper says. “What I really hope is people take different things away from it.”

Thorne adds: “For me, it’s about someone who has, at the back of his head, a better reality than the one he lives in, and what it’s like to live with that and then what it means for that to become reality for them. It’s about the horrors of that.”