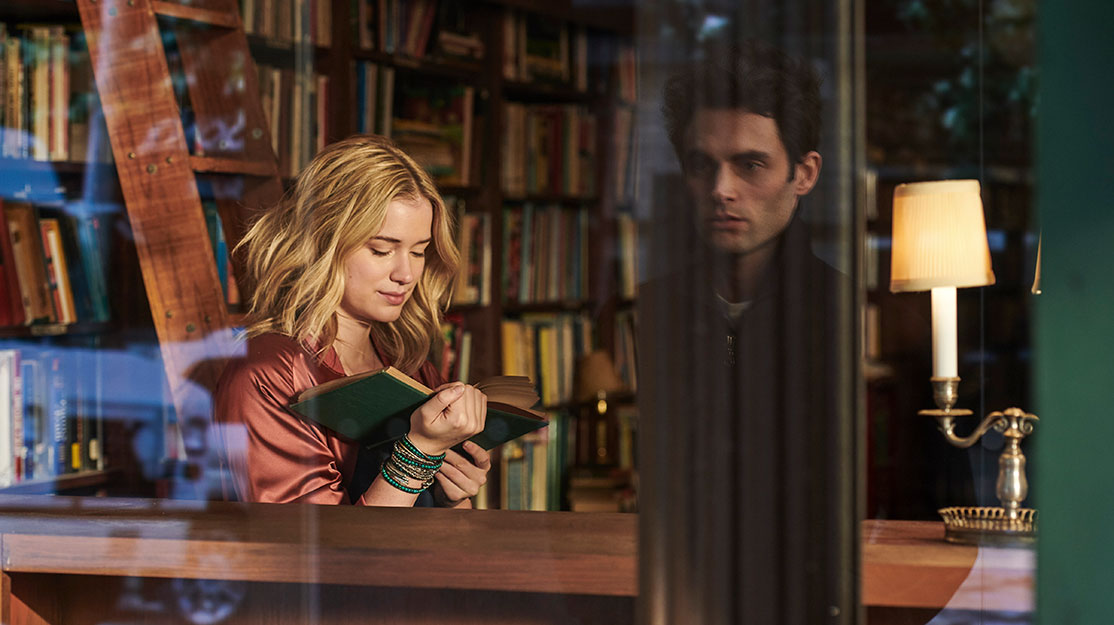 Top of their game

Serial showrunners Greg Berlanti and Jed Mercurio talk about the creative processes behind some of their biggest hit series, including You and Bodyguard.

Greg Berlanti is the undisputed king of television producers. With 18 series on air or commissioned in the US in 2019, he is dominating the schedules – and streaming platforms – with shows such as DC Comics adaptations The Flash, Supergirl and Doom Patrol, crime drama Blindspot, stalker hit You (pictured above) and Netflix series Chilling Adventures of Sabrina.

Berlanti recently spoke at Israeli television festival INTV, where he shared the stage with British showrunner Jed Mercurio, whose credits include BBC thrillers Bodyguard and Line of Duty, which concluded its fifth season last month.

Here, DQ recaps some of their conversation, which covers topics such as making a hit series, where projects come from, production challenges and surviving in the era of ‘Peak TV.’

You can never tell if a show is going to be a hit
Jed Mercurio: In the first instance when you’re working on a show, all you can do is work on the show. You can’t think about how it’s going to perform because there are so many variables. The best thing you can do is not guess how it’s going to perform. I was obviously thrilled by how the show [Bodyguard] performed, but there are so many variables – what night it goes out, how well it’s been promoted, whether the premise captures the audience’s imagination, and we were incredibly fortunate that a lot of stuff aligned for us. After that, as the show got bigger week on week, it became surreal.
I’m used to that situation sometimes when the ratings come out and the phone doesn’t ring because the ratings are bad and no-one wants to tell me, so when they are good, people want to tell me, so my phone was ringing earlier and earlier in the morning.

Known for his superhero dramas, You marked a different direction for Berlanti
Greg Berlanti: I read the book You three or four years ago and sent it to [showrunner] Sara Gimble. I’d never done a thriller before, but given that this was a romantic story with the point of view of a stalker, I want to do it responsibly, with a female perspective. I couldn’t believe that I was so in this person’s head that I was actually kind of rooting for this relationship, the book was kind of a Rorschach test for our society and how invested we are in the relationships.

We sold the show to Showtime, of all places. They wanted to make something that was slightly different from the book, and once they read the book they were really cool about saying you can take it somewhere else. Lifetime loved the book and the script and then we shot it and because of their launch cycle it sat in the can for a while, so it was two-and-a-half years old when they finally started to release it and it didn’t do very well. Very often in this business, the best thing you can be is an advocate, I just kept saying I really think people will enjoy the story as much as we enjoyed the book.
We were getting some [hype] but not as much as you would hope. You’ve got to be realistic and pragmatic, but at the same time it had been bought by Netflix for international distribution. By the time it had premiered in full on Lifetime, they knew they weren’t going to take it to season two, and Netflix swooped in and assured us they would do a second season. And then I started getting a flood of emails from people who knew the show had been on, and then I felt like people were really discovering the show.
I loved making the show, I love the team we put together. You want all your things to succeed. So many things I’ve done didn’t work, and it was nice that this one made the cut and survived long enough to get another chance at life; it makes me happy. Mostly you want to feel validated because you’ve been saying for so long that you really think this story should connect.

Bodyguard came from Mercurio’s desire to write a political series
Mercurio: Originally the idea was to do something within the political arena. The first conversations I had with the BBC was the fact they hadn’t had a political thriller for a good deal of time. I started to think about a way into that. And because of how much I like dynamic storytelling – I like real jeopardy – I didn’t want to do something about politicians rivalling for power. Once I’d worked on it a little more, I went back with the way into the story, which involved a protection officer. In the UK it’s a division of the Metropolitan Police in London who protect high-ranking politicians and diplomats, so I felt like it was a variant on a cop show, and beyond that it was about constructing the relationships, creating the tension between the bodyguard and the person he’s meant to protect and giving him a back story that potentially makes him unstable enough and vengeful enough to possibly be a threat to her.

But at the start of production, things weren’t quite going to plan
Mercurio: A couple of things happened to us that were actually quite damaging. We were all set to shoot the opening train sequence but at the end of business on the day before the shoot, they revoked the licence. [It was initially intended to be shot on a train leaving London’s Waterloo Station but permission was withrawn, leading the sequence to be shot on the Mid Norfolk Railway.] We ended up having a couple of days shutting down production. We had nothing to shoot, we had to reconceive that sequence. During shooting of the rest of the show I worked with the director on various concepts for how we would approach that when we got a suitable location. The only way we thought we could do it was not using a moving train so the whole sequence had to be rewritten, but the advantage was that we shot it at the end of the shoot. Richard Madden [who plays lead character Richard Budd] had spent months in character and felt great in character, so he wasn’t shooting it cold. We, as a unit, knew the series well, we could make decisions that were confident and well informed, which is essential when you’re up against the clock, and we were very fortunate that that particular bit of misfortune went in our favour.

Their motivation to work in multiple genres comes from the people they work with and the nature of what they want to watch on television themselves
Mercurio: For me, it’s making something that I would want to watch on TV. It’s that simple. If there’s an idea that I think, ‘I wouldn’t watch that show,’ I wouldn’t do it. Whatever it is that somehow sparks my interest is essential for two reasons. I need to be really excited by the idea, in order to spend the amount of time that I have to on it, and each season is up to two years of my life so you’ve really got to be very committed to the work. The other thing is making the assumption that if you like something, there have got to be people out there who will like it as well, and beyond that it’s trying to get an idea that has critical mass. When you start thinking about what happens at the beginning of the story is there enough of a chain reaction to take in all kinds of directions?
For the audience to connect with the premise in that first episode, they’ve got to sense that mass building, they’ve got to sense that can explode and carry them in any direction. They have to sense that something big is coming.

Berlanti: What’s allowed me to work in different genres is the people I’ve worked with. Most are experienced in different areas, but at the end of the day most of it comes down to character. What are you trying to say about that character? It can be an emotional fight two characters are having, or an action sequence. If that sequence isn’t revealing of character, it’s the first thing you can cut.

Despite the amount of competition television shows now face, if it’s good enough, people will see it
Berlanti: Having seen so much change since I started in the business in terms of what people think might be popular or sell, it might be naïve of me to think this, but I really believe it is just more and more about execution and how well that story is told. You want to make sure as much as possible that it’s as good as it can be, so that it can survive as the climate gets more competitive.

Mercurio: One of the things that has changed that maybe isn’t talked about so much is the relationship between viewers and the shows. As a nerdy kid who watched every episode of his favourite shows, and knew all the characters and all the actors, that was rare back then. Today, people can re-watch old seasons and it’s now justifying more intensive detail in writing, more layers in writing plots and, more importantly, it’s convinced executives [to be more ambitious]. In the past, they said it would be very episodic and simple, that people have one chance to grab it and if you don’t make it very clear to them you have a problem. Now there are opportunities where people are encouraging you to be ambitious and complex and respect the devotion of the audience.