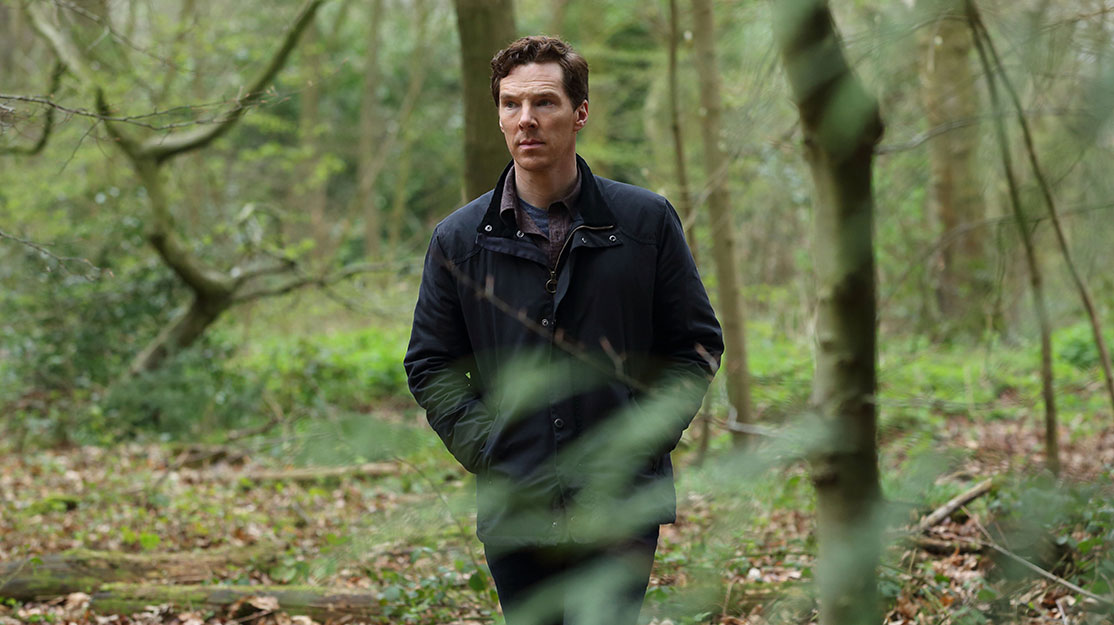 Time for a change

Benedict Cumberbatch takes centre stage in The Child in Time, Stephen Butchard’s adaptation of Ian McEwan’s haunting novel about loss and grief. The star tells DQ about shaking off his more famous alter-ego and stepping into a producer role.

As the eponymous detective in Sherlock, Benedict Cumberbatch is used to playing an extraordinary character in ordinary situations. So his latest role, starring in an adaptation of Ian McEwan’s novel The Child in Time, is something of a reversal.

“He’s an ordinary person in an extraordinary circumstance,” the actor says of Stephen Lewis, the character at the heart of the BBC1 film, which airs this Sunday. “It was a challenge. There were moments when I thought, ‘Am I doing enough?’ The engagement with the material is there but it feels very strange.

“I’ve done a lot of roles where there’s a lot of other stuff going on, whether it’s a very particular attitude or mindset, skill set or cultural background, or all of those things. So the transformative aspect of what I’ve done in a lot of those roles is very far from me and I was bringing a lot more of myself – as I sound, move and dress, even – to this one than I have before. So I felt quite naked at times but it was also great because of that.”

The Child in Time follows Stephen, a children’s author, two years after the disappearance of his daughter as he struggles find a new purpose to his life without her. His wife Julie (played by Kelly Macdonald) has left him and his best friends Charles (Stephen Campbell Moore) and Thelma (Saskia Reeves) have retired to the countryside, battling demons of their own.

In a slight departure from the dystopian source material, which also has a strong political strand, The Last Kingdom writer Stephen Butchard’s adaptation focuses on the characters at the heart of the story, producing a film about the loss of childhood and themes of grief, hope and acceptance.

“It’s ultimately a story, despite the depths it plunges, of the emotional reality of the trauma at the centre of it,” Cumberbatch says. “It’s a story about salvation and hope and trying to build a future that just accepts and encompasses and owns that loss, the absence of that child. It’s also an examination of childhood and time, and what happens in trauma with time and how the conscious and subconscious can slide. It’s got quite a lot going for it other than just that horrific central axis of the drama.”

The actor, who is as comfortable on screen as on the stage, admits the role is “a million miles” from some of his best-known work – “particularly the more famous one” — but says that was part of what drew him to the drama.

“That’s an appeal for me, to always be shaking things up a little bit as far as expectations are concerned; not doing the usual or the unusually usual. And the extreme nature of the situation is very unusual and horrifically relatable. I don’t think you have to be a parent to understand it. [I didn’t think] I could get my teeth into something emotionally raw just because I’m a new dad for the second time, it just happened that way.”

The Child in Time marks the first television commission from Cumberbatch’s SunnyMarch TV label, which coproduces with Pinewood Television and Masterpiece for PBS. StudioCanal is the distributor. As such, the actor is also an executive producer on the film.

“It’s different when you’re there with a producer’s hat on because you’re there thinking about who would be right to direct it. I’ve never been at that stage of things before,” he explains. “So it’s intriguing. It’s the first time; we’ll see how it worked, but everyone had a great experience making it, which is a great testament to us doing something right as a production team.

“I really enjoyed it. It’s not without its challenges, especially watching the work sooner than you should as an actor, in a raw very state, to then give feedback about what you feel as a producer. That was tricky. I’m excited about the moment when I’m not in something and I can look at that with much more distance. It’s very peculiar. It’s always horrible, it’s never nice. The way you look, the way you do things, it’s horrible and, trust me, the internet is full of hate but it’s nothing compared with the self-critic in your head for brutality. I’ve said it all before they have.”

SunnyMarch is already building up a slate of projects, which began with documentaries and is now expanding further into high-end drama on the back of The Child in Time. Cumberbatch will also star in Melrose, an adaptation of Edward St Aubyn’s Patrick Melrose novels for Sky Atlantic and Showtime.

“It’s one thing with me at the front of it,” he says of Melrose. “There are lots of things we have on our slate that do fulfil the promise of diversity and giving a bolder place for women both behind and in front of the camera. What I’m doing in the immediate future doesn’t reflect that because we’re trying to get it off the ground and do things that are probably a bit more expected in the tundra and with me involved.”

Until those projects evolve, The Child in Time is “a big deal for us,” Cumberbatch admits. “It’s the first McEwan adaptation for television so that was a huge boon for us. We were very excited about that.” Looking toward the future, SunnyMarch is seeking “diversity in every sense,” the actor adds, “not just to do with opportunities for all but also the range of material with those opportunities, so genre-wise, large screen, small screen, live events, found material as well as published or unpublished fiction or biographical work. We’re trying to create as diverse a slate as possible in every way.”

But after three seasons and 13 episodes as Sherlock – and a somewhat series-ending epilogue to the most recent instalment – is there more to come? “Maybe,” he teases.