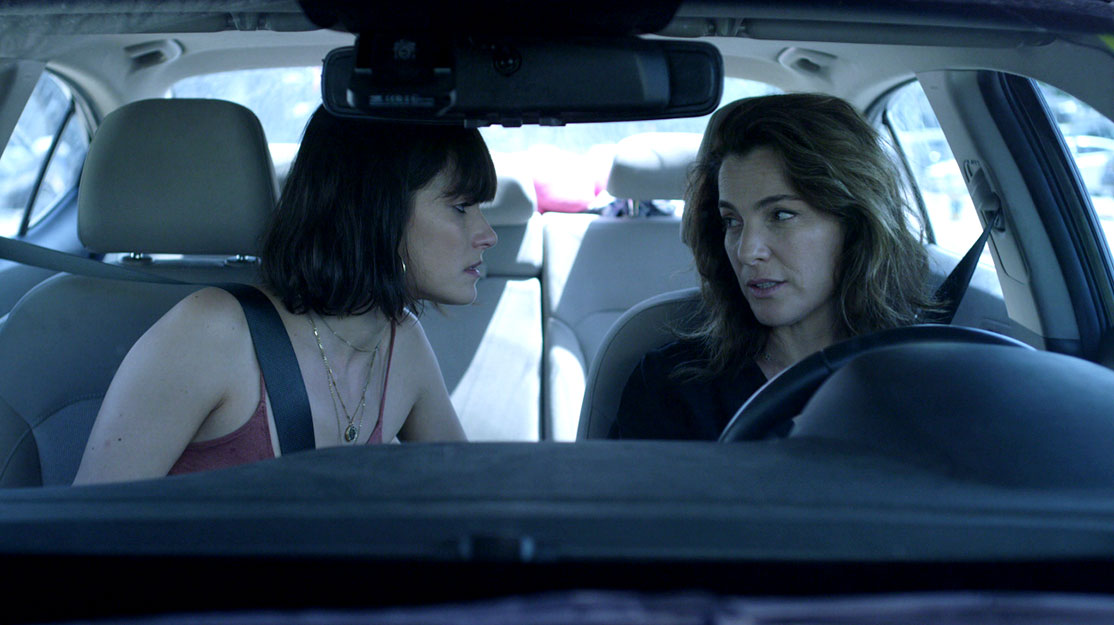 Through the looking glass

According to German legend, Faust, unhappy with his lot in life, makes a pact with the Devil to exchange his soul for knowledge and power. Israeli filmmaker Sigal Avin has now taken that concept and blended it with equal amounts of jealousy and guilt to retell this story from a female perspective.

With a tangled narrative that features both flashbacks and flash-forwards, Avin’s eight-part series Losing Alice is a psychological thriller about Alice (Ayelet Zurer), a film director who feels she has lost her career and her identity since raising her family.

But after meeting enigmatic young screenwriter Sophie (Lihi Kornowski) on a train journey, Alice becomes obsessed with the femme fatale and finds herself surrendering her moral integrity to achieve new-found power, relevance and success.

“The first scene that popped into my head was the train scene where Sophie and Alice meet, and I started writing from there,” Avin tells DQ. “From the first moment, I knew it was a film noir thriller. In the beginning, I just enjoyed telling people I was writing a thriller. But that’s what it was, and it was all written through that prism and that perspective. I guess I was influenced from the best in the genre, from Hitchcock and Campion to Polanski and Lynch.”

What’s surprising about Losing Alice is that it stands in stark contrast to Avin’s previous work, which includes comedy series Irreversible, about a couple’s struggle to cope with their newborn baby, and telenovela Ha-Alufa. Irreversible was directed with a nod to Larry David and his long-running HBO hit series Curb Your Enthusiasm, with actors improvising scenes based on scripts that were written but never shared with the cast.

“I would explain the situation and they would improvise, so there’s nothing close between these things,” she says of comparisons to her latest series, “although you can find similarities if you look hard enough.”

At the outset, Alice seems settled, if a little frustrated, with her standing in life as an acclaimed film director whose family life has overtaken her career. But when she meets Sophie, she embarks on a rollercoaster ride of events and emotions that could change things forever.

“The place where Alice starts is definitely not the place she finishes,” says Zurer (Daredevil, Hostages). “She starts like Sleeping Beauty in some sense, then sits on a train and wakes up a little bit to this force of nature who is exactly what she used to be and represents everything she used to make artistically. She’s attracted to Sophie’s youth and the sense of danger she used to create. And once that happens to her, she can’t let go.”

In preparation for the role, Zurer spoke to Avin about how Alice’s seemingly innocuous meeting with Sophie – the latter admits she is a big fan of the director – triggers a midlife crisis in the title character, something that leads her to question her life and ask herself, ‘Is this it?’

“Don’t forget, she’s a writer-director, so she still wants to create,” Zurer continues. “But she is not able to. She’s stuck. And on the other hand, she’s a mother and has three kids, a beautiful house, a husband and a great mother-in-law who can take care of the kids if she needs to shoot commercials. But she’s definitely not doing what she wants to do. Once she meets Sophie on the train, the journey begins for her and she can’t let go.”

Zurer says she was drawn to Avin’s use of lying throughout the story, which is representative of the lies we tell ourselves and, particularly, the lies Alice spins through the series as her relationship with Sophie becomes increasingly charged.

“Some of them didn’t end up in the last cut but we lie to ourselves so much and Alice is really a liar to herself and others,” the actor explains. “She does this because that’s the way she survives. Once this starts, you see how her inner voice starts to build up. She moves all the time in her mind between the lie and what she wants, so there’s an internal conversation. I really enjoyed that part because I relate to that in some crazy way. I think all people do.

“But there was also something in her journey that I didn’t expect and I didn’t see from the start, and that came from the relationship I had with Lihi on set. Lihi brought so much sexuality and sensuality [to her role], and I think Alice is also waking up in that sense. She’s like a force of nature. She’s suddenly awakened and that force is running away.”

In contrast to the reclusive and closed-off Alice, Sophie is charismatic, talkative and energetic from the start and is thrilled at meeting someone she describes as a “huge inspiration.” When Alice steps off the train, she has already fallen for Sophie, who is hiding her own secrets.

“When I read the script, I was really moved and I was like, ‘Oh my God, I can’t believe I’m going to do it. It’s such a brilliant part,’” Kornowski says. “I feel like I am Sophie and Sophie is me because Sigal gave me a lot of freedom to do whatever I wanted to do and to play with the performance. I felt like the connection was immediate.

“The role is such a gift because every actress wants to get a part that you can do everything you want with. You can fly with it, laugh as much as you want and be as sexual as you want. I feel lucky to have that part and to work with Sigal and Ayelet. It was a dream come true. I’m a young actress; I haven’t done a lot in my career and it was one of the biggest projects I’ve ever made.”

Dori Media produced the series in association with Israeli broadcaster HOT, with Apple TV+ set to launch it to international audiences on January 22. The show was also screened in competition at French television festival Canneseries in October last year.

Taking on both the writing and directing on Losing Alice, Avin admits: “Writing is hell. It’s really a love-hate relationship. But I cannot not do it, so it’s a real struggle I go through. I’m always pulling my hair out but the thrilling moments when you have scenes you really love are like nothing else.

“What holds me most as a writer,” she continues, “is I know I’m going to direct it in the end. I’m not sure anybody else would be able to direct it the way I direct it. There are layers I know I’m going to explore while writing that I already see. And also, while directing, I already know certain ways I’m going to edit it. The whole series is more like a movie in that sense. It’s an eight-part movie. The first three episodes are the first act, four to six are the second act and then seven and eight are the third act resolution. In that sense, this piece is very much like a film.”

Aside from the emotionally driven performances Avin’s scripts demanded from her cast, filming also proved to be an “intense” process with just five days to shoot each episode, half of that typically allowed for a US series. But in Zurer and Kornowski, Avin says she had actors who could bring to life the complex characters she had created.

“Compared with working on a comedy, working on a thriller is a different kind of energy. But the dynamics and relationships I had – and have to this day – with Lihi and Ayelet were amazing,” she says. “I really got two actresses who would go through fire and water for these characters. These are not easy characters for actresses. They really gave it everything they had. Even things I wrote in the script that people said would be impossible, that no actresses on TV would be able to portray, they succeeded in doing.

“I felt very lucky to have actresses like them. There’s understanding and give and take. You feel you are trusted. And the more the show goes on, the choices the actresses make are not easy on a couple of levels. There’s the level of sanity, the level of sexuality and the level of freedom. Not every actress will go as far as Ayelet and Lihi did, and that’s amazing.”